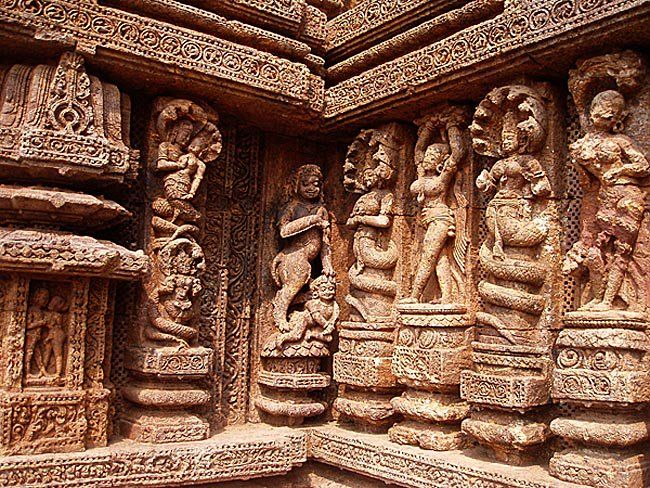 • Ancient writings from Cambodia to Africa refer to a race of semi-divine beings, half human and half reptilian, known as the ‘Naga’.

• These Naga can take on a serpentine form or a fully human form (or presumably any other form).

• Throughout history, the Naga have been both friendly to humans and potentially dangerous.

• According to these legends, the Naga live in a large kingdom underneath the Himalayan Mountains.

• Buddhist legends from Thailand and Cambodia hold that a Naga king sheltered the Buddha from the rain while he meditated for seven days, and later protected the Buddha from an attack by bird-like humanoid beings.

• A South African legend tells of reptilian-like ‘gods’ who ascended from the heavens in monstrous vessels to become the dictators of the human race. The reptilians filled humans with great hate and trained them as warriors to make terrible war.

• According to David Icke, reptilian beings came to the earth thousands of years ago from Orion, Sirius, and Draco, and began breeding humans through the manipulation of DNA coding, inserting their reptilian genetics.

• A human/reptilian bloodline has been preserved through the ages through European royalty, and has been passed along to all forty-four U.S. presidents as well as many media celebrities, says Icke.

• These Reptilians will be exposed. But then what to do with them? In our current state of consciousness humans might demand retribution. But with a shift to higher consciousness we may deal with them in a more positive way.

Extraterrestrials and UFOs are a very hot topic right now, and have been for quite some time, especially within the past few years. Why? Partly because it’s human nature to ponder the unknown and the mysterious, but it’s also in large part due to the fact that hundreds of high ranking whistle-blowers from around the world with verified credentials, have come forward sharing their stories and experiences regarding intelligent extraterrestrials visiting planet Earth.

The whistle-blowers range from professors, to NASA astronauts, all the way to high ranking military, political figures, and more. Not only that, to complement these testimonies, thousands of documents pertaining to the UFO/extraterrestrial issue have been released by dozens of governments. UFOs are no longer a fringe topic, and if the past few years have been any indication, more and more evidence is surely to surface as we move through 2017 and beyond.

When it comes to supposed encounters with extraterrestrials, it’s very interesting for multiple reasons. Firstly, many stories shared by contactees corroborate quite well with each other. Many people report encounters with human looking extraterrestrials who are concerned with our planet and well-being. Others have reported the typical grey alien, human looking aliens with different colour skin, like blue, to reptilian type extraterrestrials. The key factor to remember here is, not all of these interactions are ET, some are simply US military. Knowing the truth about who’s doing what can be very tricky.

The NAGA are said to be a race of non-human reptilian-type beings. They are found in the literature of multiple ancient cultures across the globe, especially within ancient Jainism, Hindu, and ‘mythology.’

They were considered to be semi-divine beings, half human and half reptilian who can either take on a full serpentine form or a fully human form. According to the legends, these beings existed underground and inside of the Earth, in large kingdoms. They were considered both beneficial and friendly to humans, as well as potentially dangerous.

According to encyclopedia Britannica:

“The female nagas (naginis or nagis) are serpent princesses of striking beauty. The dynasties of Manipur in northeastern India, the Pallavas in southern India, and the ruling family of Funan (ancient Indochina) each claimed an origin in the union of a human being and a nagi.

In Buddhism, nagas are often represented as door guardians or, as in Tibet, as minor deities. The naga king Muchalinda, who sheltered the Buddha from rain for seven days while he was deep in meditation, is beautifully depicted in the 9th–13th century Mon-Khmer Buddhas of what are now Thailand and Cambodia. In Jainism the Tirthankara (saviour) Parshvanatha is always shown with a canopy of naga hoods above his head.”

Naga’s were also considered as protectors of the Buddha and of the dharma, some (like David Icke) even claim that they were present at the birth of Buddha, despite the fact that they were still considered dangerous, especially when angered.

One example where the Naga’s are referenced in ancient scripture comes from the Mahabharata, where the Buddha actually protected Naga’s from an attack by half human half bird like creatures, Garuda. After this battle, both the Naga’s and Garudas (sic).

According to Barbara O’Brien, a journalist and student of Zen Buddhism, “In a legend of Tibetan Buddhism, once a great lama names Sakya Yeshe and his attendants were returning to Tibet from China. He carried invaluable copies of sutras given him by the Emperor. Somehow the precious texts fell into a river and were hopelessly lost. The travelers kept on and returned home to their monastery….When they arrived, they learned that an old man had delivered some sutras to the monastery for Sakya Yeshe. It was the Emperor’s gift, still slightly damp but intact. The old man apparently had been a Naga in disguise.”

She goes on to give more examples:

“In the Muccalinda Sutta (Khuddaka Nikaya, Udana 2.1), the Buddha was sitting in deep meditation as a storm approached. A Naga king named Muccalinda spread his great cobra hood over the Buddha to shelter him from the rain and cold.

In the Himavanta Sutta (Samyutta Nikaya 46.1) the Buddha used Nagas in a parable. The Nagas depend on the mountains of the Himalayas for strength, he said. When they are strong enough, they descend to small lakes and streams, then to larger lakes and rivers, and eventually to the great ocean. In the ocean, they attain greatness and prosperity. In the same way, monks are to depend on virtue developed through the Seven Factors of Enlightenment (mindfulness, investigation, energy, happiness, tranquility, concentration, equanimity) to attain greatness of mental qualities.”

To the left you will see a picture of William Tompkins and Admiral Larry Marsh. As a teenager Tompkins had an eye for detail and loved to create Navy ship and submarine models. The Navy took interest in his capabilities and recruited him to do work on advanced technology projects. Recently, he has come forward with claims, as many others have, revealing information about clandestine black budget operation programs.

These are Special Access Programs (SAP). From these we have unacknowledged and waived SAPs. These programs do not exist publicly, but they do indeed exist. They are better known as ‘deep black programs.’ A 1997 U.S. Senate report described them as “so sensitive that they are exempt from standard reporting requirements to the Congress.”

We have no idea what goes on in these programs, except from those who have worked within them, like Edward Snowden.

Tompkins has been speaking about supposed Reptilian beings within the past few years. Below is an interview he did with Dr. Michael E. Salla, Ph.D., an internationally recognized scholar in international politics, conflict resolution and U.S. foreign policy. He is a pioneer in the development of ‘Exopolitics.’

It’s interesting that legend suggests these beings could shape-shift into human form, because today, many people actually believe that some high-ranking politicians and royal families have bloodline ties to these beings and consider them actual shapeshifters. This theory has been around for some time, but was popularized by David Icke.