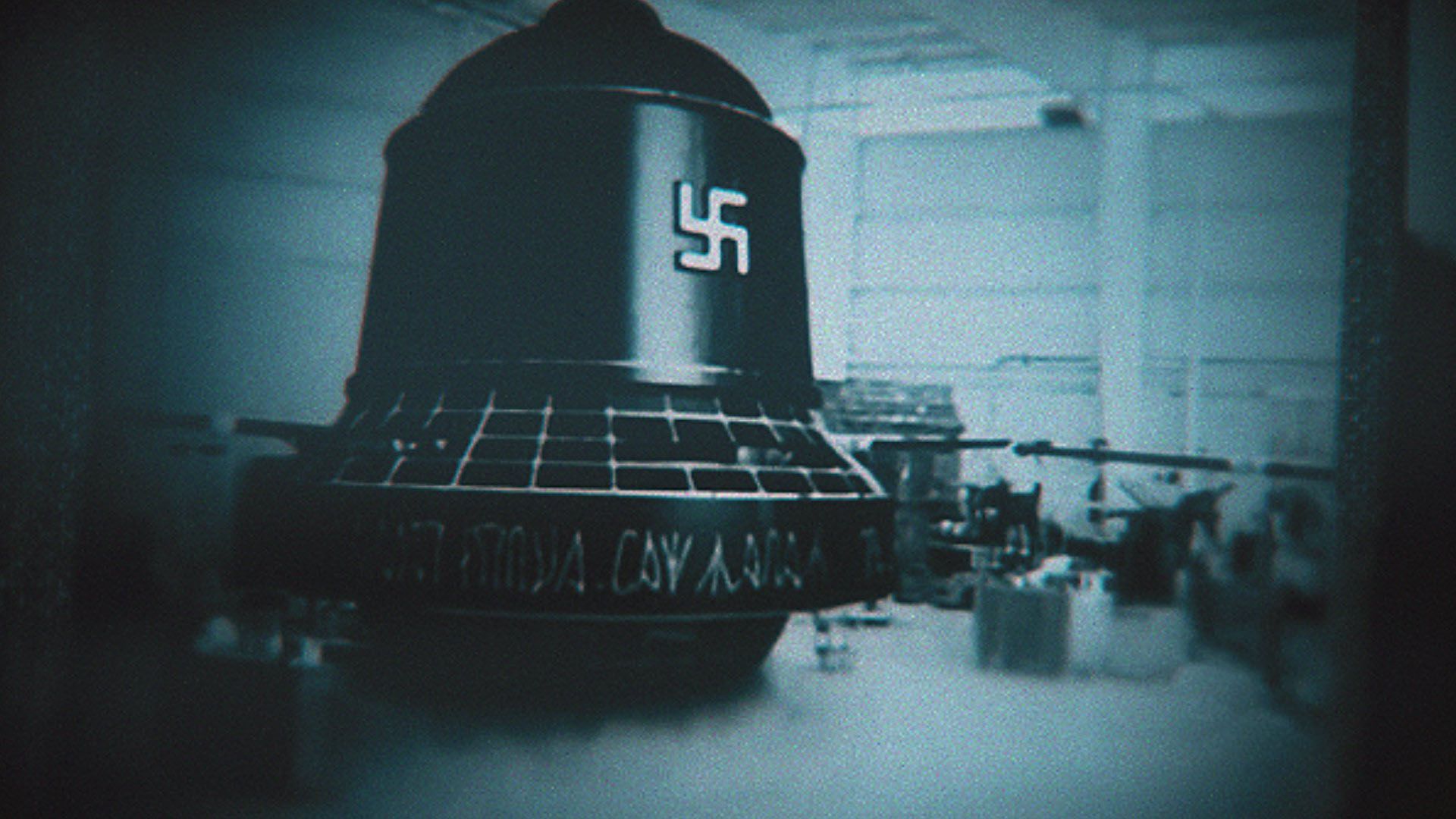 • Tyler Glockner of the popular conspiracy channel ‘Secureteam10’ recently released a video clip of a bell-shaped UFO hovering in the sky in broad daylight, originally uploaded on YouTube by Amirreza Milad in Gothenburg, Sweden. This draws comparisons to the “Nazi Bell”, or “Die Glocke”, UFO that the Germans developed during World War II. (see 8:27 minute video below)

• “Many people believe that Germany was the very first nation to actually get hold of some sort of back reverse-engineered alien technology, and actually harness anti-gravity technology,” says Glockner in the video.

• A Swedish citizen who saw the YouTube clip said that the local news in Sweden had offered a perfectly reasonable explanation for the UFO anomaly: It was a very large, inflatable forklift truck.

Popular conspiracy theory channel ‘Secureteam10’ has recently released a clip apparently shot from Gothenburg, Sweden that shows a bizarre flying object hovering in the skies in broad daylight. Tyler Glockner, the UFO researcher who runs this YouTube channel argues that the object spotted in the video initially looks like a building floating in the sky.

However, upon closer analysis, the strange flying object literally resemble the ‘Bell UFO’ which Nazis had allegedly developed during the time of World War Two.

Glockner went on claiming that the unidentified flying object in the video might be using Nazi technology for its propulsion.

“It is really strange. It does look like a pretty big object. Actually, it really looks like a bell. We have seen these bell-shaped UFOs before, specifically in Germany in the 1940s. Many people believe that Germany was the very first nation to actually get hold of some sort of back reverse-engineered alien technology, and actually harness anti-gravity technology,” said Glockner in the video.

It should be noted that this strange clip was originally captured by a YouTube user named Amirreza Milad, but it gained immense popularity after it was shared by ‘Secureteam10’. The video has already racked up more than 237,000 views on YouTube, and viewers were quick to speculate what it could be.