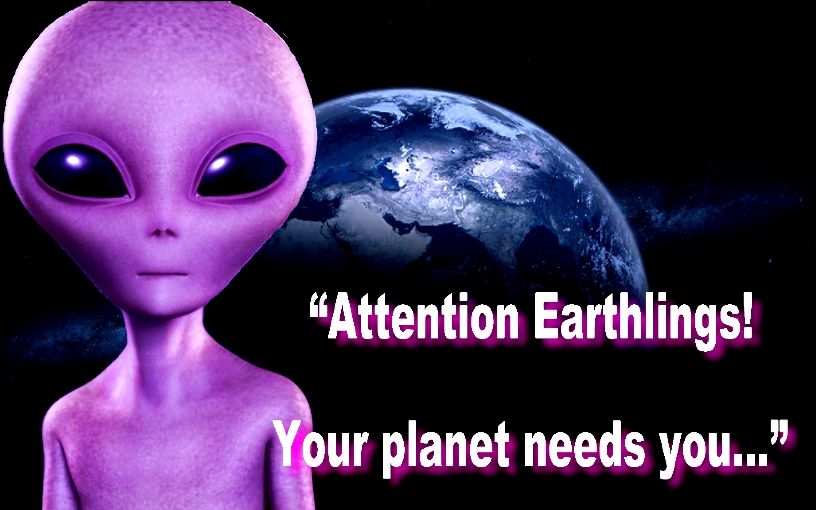 ‘What Is the Alien Agenda?’ Asks Reader Who Witnessed ‘Air Battle Between Two UFOs’ 40 Years Ago

• Malcolm Robinson is a Scottish UFO investigator, but somewhat of a skeptic, he says, because 95% of all UFO sightings can ultimately be explained. The glaring fact of this phenomenon is the enormous scale and secrecy. Reports of alien contact and craft sightings are world-wide, but their operations are still at the fringes of our awareness.

• Robinson himself saw an extraterrestrial craft forty years ago that was decidedly not military. He believes that aliens have almost certainly visited the Tayside and Fife regions of Scotland. Robinson says that the question is no longer “are we alone”? Instead we must ask “what is the alien agenda”?

• Australian investigator Phil Tindale also witnessed UFO craft forty years ago and is convinced we are not alone. The UFO question is “a question that we have ignored for the past 70 years,” he says. Actually, Tindale says that as 10-year-olds in the South Australian town of Aldgate, he and his twin brother Rob witnessed a “hostile chase between two highly advanced craft resulting in one of those craft crashing into a tree”. The crash was reported by a third witness who was able to have a close look at the craft which resembled an “eight metre long yellow speed boat from it’s under side”. But by the time police arrived, the object had disappeared leaving only unexplained broken branches. (see previous ExoArticle)

• Reported UFO cases date back to the 1500’s when townsfolk in Nuremberg, Germany witnessed a battle between celestial objects. It was reported in the broadsheet journals of the time.

• Then in the 1940’s, a new and increased wave of alien activity began. Pilots reported seeing strange spherical craft following them into battle during WW2 known as ‘Foo Fighters’. These were initially thought to be advanced Nazi technology.

• Then in 1947, the Roswell UFO crash was made famous by a military report printed in the local paper. The report was quickly redacted and replaced with an explanation involving a weather balloon. But first hand witnesses have since validated the initial report, leading to an explosion of conspiracies.

• In 1961 came the first report of an alien abduction, with Betty and Barney Hill providing compelling and consistent testimonies of the incident which occurred along a roadside late at night. They described being taken on board a craft and subject to various procedures. Subsequent investigations verified the Hill’s experience and left authorities scratching their heads.

• Even mass sightings have been reported on numerous occasions. One of the more compelling events occurred in in Ruwa, Zimbabwe in 1994 where a craft landed near the Ariel primary school. No less than 60 people witnessed the event. Humanoid entities disembarked from the craft and approached the children. Some witnesses reported telepathic communication that included a warning about humanity’s destructive trajectory. A number of investigators looked into the Ruwa event, including John E. Mack, head of Harvard Medical Psychiatry.

• The environmental message is now recognized as a common theme of the contact experience. “It is estimated that nearly 40% of people who have had alien contact receive some variation of an environmental message or warning, says Tindale. “Mass sightings and high quality witnesses have been useful in confirming the reality of the alien presence, but it is the individual and detailed accounts that provide better insight into what is truly going on.” The emerging picture is complex and incomplete. It shows multiple alien groups exist with different intentions, and varying degrees of interest in humanity’s well being, ranging from benevolent to hostile.

• Before Terry Lovelace became a lawyer, he was in the military. While serving in the US Army, Lovelace and a friend were camping at ‘Devils Den’ in Arkansas when they had a terrifying abduction experience which left Lovelace and his friend badly burned by radiation. Both were brutally interrogated and humiliated by the Army’s investigation unit. “It was made clear to them that the event was not to be discussed ever again,” says Tindale.

• Disagreement and even conflict between alien groups has been observed. Yet other people describe ongoing contact with entities that seem benevolent and appear to be concerned for our welfare. Reports describe varying physical features, while other extraterrestrials are indistinguishable from humans.

• “Many people are helped physically and spiritually by these contact events,” says Tindale. “Over half of all contact experiences are described as positive and nearly all communication is telepathic. “Telepathic ability seems to vary between alien groups, but it appears to be the galactic language.”

• Abductees describe being “willed” to perform tasks or comply with requests. The experience resembles a compelling need or a personal desire to obey. Some abductees report using their own will power to deny the alien requests, but claim that it is considerably difficult to do so.

• In May 2018, at Melkbosstrand South Africa, a witness described seeing a point in the sky that looked “crinkled”. Then from this small area a craft emerged into the atmosphere, and then three more objects chasing and attacking the first craft. Then a fleet of around 100 “cloaked” craft of varying shapes and sizes popped out of the sky, flying towards the horizon at incredible speed. Their color matched the blue sky but not perfectly. Some of the craft were so large they covered as much as 90 degrees of his field of vision. And all were totally silent.

• Knowledge of the UFO reality affects every aspect of our society. It challenges our beliefs in religion, science and even politics. We are now faced with arguably the greatest challenge in human history. One consolation is the common environmental interest that we share with these beings.

• It is not difficult to understand the secrecy, both from an extra-terrestrial perspective and from our own military’s point of view. Can we learn to appreciate the creatures that we share our planet with, and appreciate the value of our own beautiful Earth? Will this new reality change our view towards each other? Whether this intervention ultimately helps humanity or not, our response will be paramount.

Australian investigator Phil Tindale, who witnessed an “air battle between two UFOs” 40 years ago and is

interested in Scottish sightings, explains why he is convinced we are not alone.

Australian man Phil Tindale has good reason to have a strong interest in UFOs.

As 10-year-olds in the South Australian town of Aldgate just over 40 years ago, he and his twin brother Rob witnessed a “hostile chase between two highly advanced craft resulting in one of those craft crashing into a tree”.

The crash was reported by a third witness who was able to have a close look at the craft which resembled an “eight metre long yellow speed boat from it’s under side”.

However, by the time police arrived, the object had disappeared leaving only unexplained broken

Like Malcolm, Phil has concluded 95% of UFO sightings are explainable by “natural identifiable solutions”.

However, he also takes the view that 5% fall into the unexplained category.

Four decades on from his own experience, Malcolm says he is “100%” convinced what he saw was extra-terrestrial, and not military.

But he also believes the question is no longer “are we alone”. Instead we must ask “what is the alien agenda”?

“It’s a question that we have ignored for the past 70 years,” says Phil.

“Reported UFO cases date back to the 1500’s when a township in Germany witnessed a battle between celestial objects which was reported in the broadsheet journals of Nuremberg.

“From the 1940’s a new and increased wave of alien activity began.