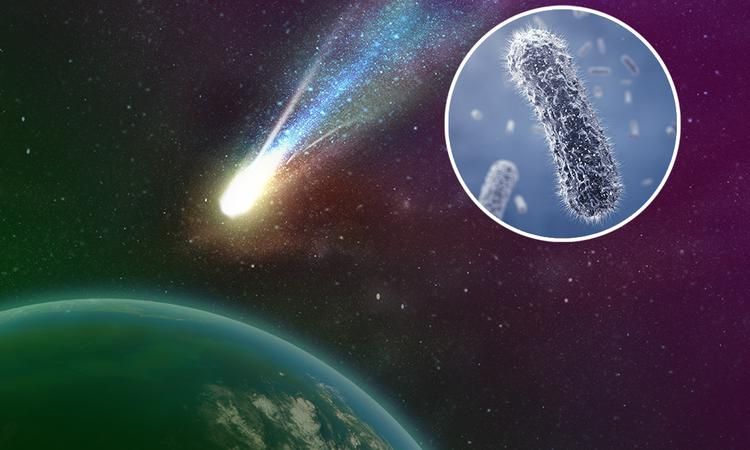 Advanced Extraterrestrials as an Approximation to God

• The excitement of the scientific enterprise is all about expanding our current knowledge of the universe a little at a time. Learning all at once of the knowledge of an alien civilization with billions of years of scientific and technological exploration would be a shock to the system, and would be difficult to reconcile. As science fiction writer Arthur C. Clarke stated: “Any sufficiently advanced technology is indistinguishable from magic.” Put another way, members of such a civilization would appear to us as a pretty good approximation to God.

• A device of advanced alien technology to us, would be like a smart phone to an early human caveman. This could be similar to our mainstream scientist’s reaction to the recent visitor to our solar system, the elongated rocky object known as ‘Oumuamua’. Oumuamua showed six peculiar properties but was nevertheless interpreted as a mere rock. One may wonder whether we are able to recognize technologies that were not developed by us.

• Scientists have considered whether life itself was seeded on Earth by an alien civilization in a process called “directed panspermia.” We can begin to wrap our heads around seeds of life brought to the Earth in the form of microbes, or perhaps a 3-D printer that produced these seeds out of the raw materials on Earth. Our imagination of what aliens might do may improve once we too are able to produce synthetic life in the laboratory.

• If life was seeded artificially on Earth, one may wonder whether the seeders are checking on the outcome. Are they disappointed and have given up on us? The experiment may have failed, or we are simply irresponsible and too slow to mature. Perhaps if we knew that someone is looking over our shoulders, we would do better.

• Our civilization is highly vulnerable to annihilation by self-inflicted wounds, such as nuclear wars or climate change, as well as external threats such as asteroid impacts or evolution of the sun. It would be not be prudent to keep all our eggs in one basket. We should venture into space and seed objects beyond the Earth with life as we know it, thus reducing the risk of complete destruction and securing the longevity of things we care about.

Despite the impression one gets from textbooks, our current knowledge of the universe represents a small island in a vast ocean of ignorance. The scientific enterprise is all about expanding the landmass of this island. And it is fun to engage in the activity of gaining knowledge; knowing everything in advance would have been much more boring. Still, it would be shocking to learn all at once of the discoveries of an alien civilization that’s been doing scientific and technological exploration for billions of years, in contrast to our mere few centuries. The eminent science fiction writer Arthur C. Clarke codified this idea in the third of his three laws : “Any sufficiently advanced technology is indistinguishable from magic.” Put another way, members of such a civilization would appear to us as a pretty good approximation to God.

Meeting a piece of advanced technological equipment developed by an extraterrestrial intelligence might resemble an imaginary encounter of ancient cave people with a modern cell phone. At first, they would interpret it as a shiny rock, not recognizing it as a communication device. The same thing might have happened in reaction to the first detection of an interstellar visitor to the solar system, ‘Oumuamua, which showed six peculiar properties but was nevertheless interpreted as a rock by mainstream astronomers.

Because it would likely be relatively small, most advanced equipment could only be recognized in the darkness of space when it comes close enough to our nearest lamppost, the sun. We can search for technological “keys” under this lamppost, but most of them will stay unnoticed if they pass far away. More fundamentally, one may wonder whether we are able to recognize technologies that were not already developed by us. After all, these technologies might feature subtle purposes—like the cell phone communication signals that a cave person would miss.

Is there something we might be missing already here and now?