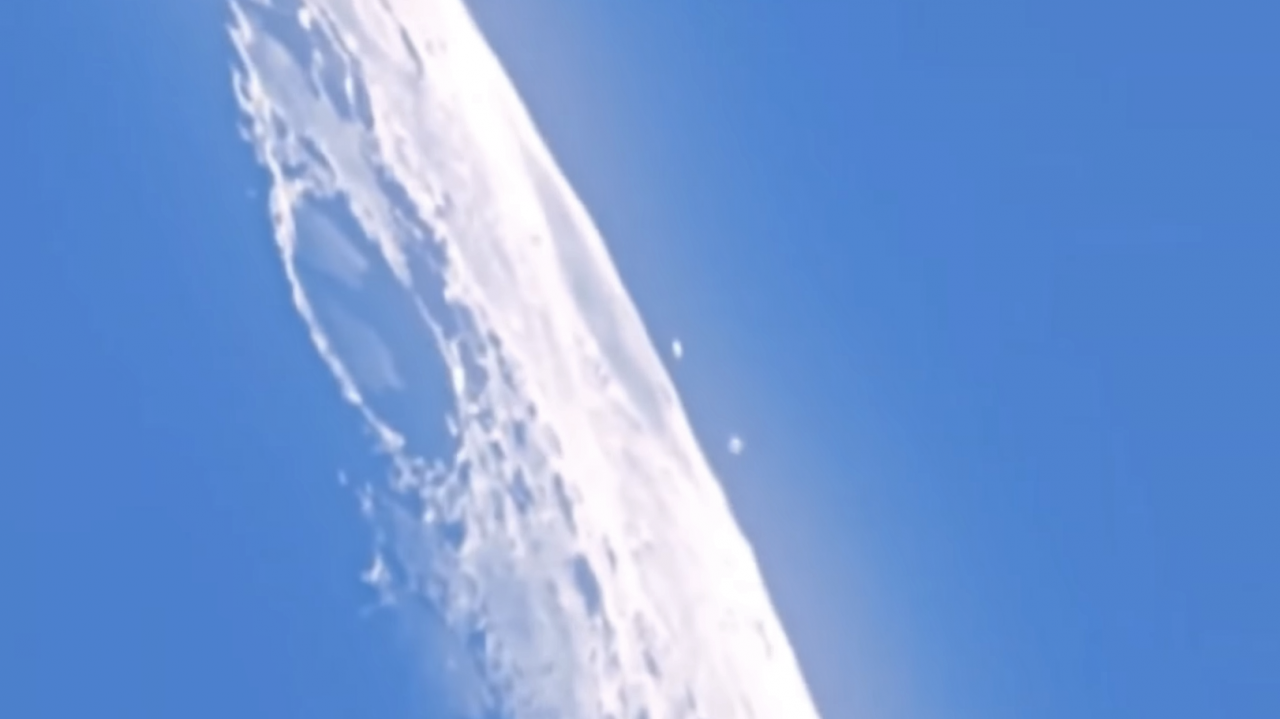 Strange Video of UFOs Landing on the Moon

• YouTube user ZeaL uploaded the video from YouTuber Jean-Michel Tenac, who uploaded it from an anonymous poster in Montréal, France. ZeaL says that he has permission from the original uploader of this video. The anonymous source says that he ‘only wants the video to be known’.

Shared on April 3, 2020 and already amassing hundreds of thousands of views, the video shows what the man filming describes as “hidden activity […] visible on the Moon”.

YouTube user ZeaL was responsible for uploading this video depicting UFO activity that has already been viewed over 350,000 times, but he has admitted that he’s not the one behind the camera filming. Apparently, this video has seen itself passed on multiple times before it landed on ZeaL’s channel.

“I see a lot of channels spreading false information about where this video was captured. Please take note that we were the first to speak with the original uploader of this video and given permission to share it by him.”

As we trace back the video to its origins, we can find the first appearance of it on YouTube featured on the channel of a user by the name of Jean-Michel Tenac. At the time of posting, he had 0 subscribers but has since seen that number jump up to nearly 2,000. However, despite being the first one to upload the video, it wasn’t actually Jean-Michel behind the camera.

Jean states that this video was filmed somewhere from Montréal, France NOT Canada. This footage was given to him by his friend who wishes to remain anonymous. We have asked him to reach out and take full credit but if he decides not to then we will respect that. At the current moment he only wants the video to be known.