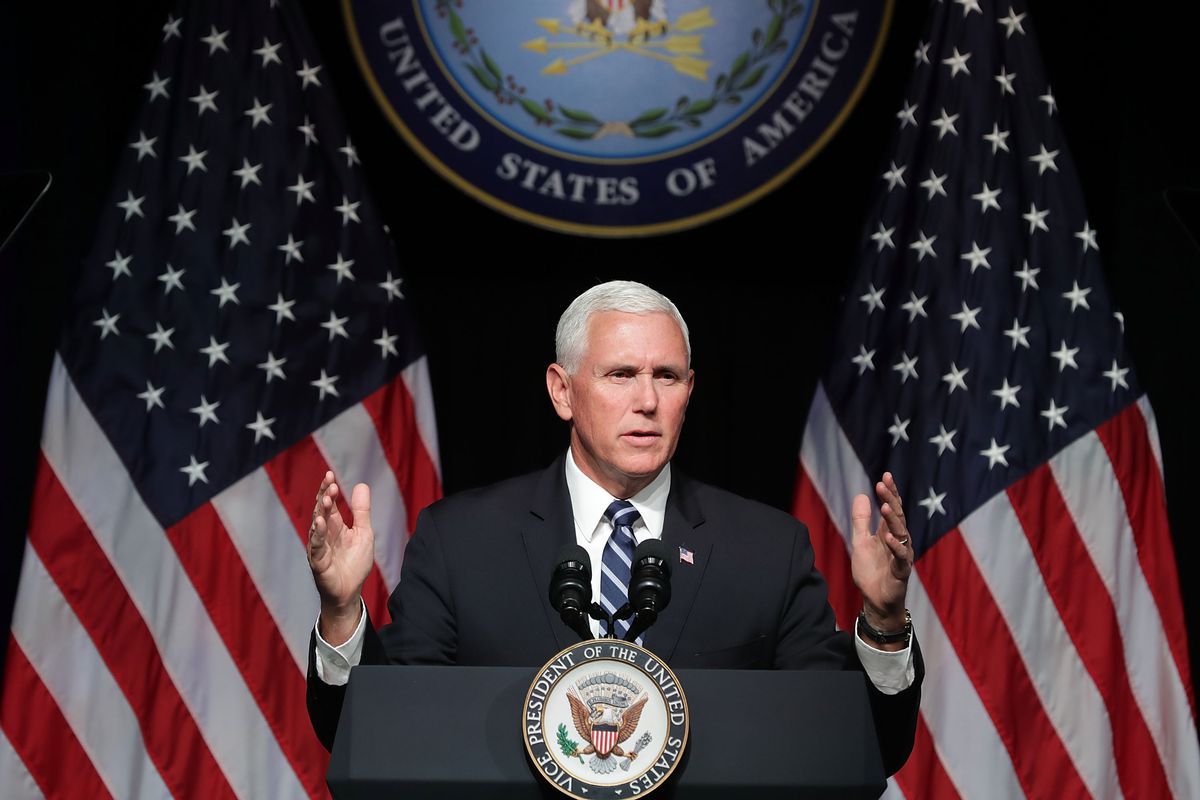 • On Tuesday December 18th,Vice President Mike Pence announced President Trump’s Pentagon directive to establish a four star U.S. Space Command. While at the Kennedy Space Center, Florida on Tuesday, Pence said, “We’re working as we speak with leaders in both parties in Congress to stand up the United States Space Force before the end of 2020.”

• On Wednesday, VP Pence was at the Pentagon to receive a briefing on space operations and cyber defense. One of the topics was the Pentagon’s draft proposal, named SPD-4, establishing a Space Force as a sixth separate military branch. The directive is being finalized and could be signed by the president shortly after the new year.

• The Pentagon could keep costs under control by making the Space Force a leaner organization that does not require multiple layers of bureaucracy to get things done, Taverney said. “Maybe we can come up with a more efficient way to set up the organization.”

• One part of the plan that is still unresolved is the establishment of a preliminary Space Development Agency to accelerate innovation and insertion of commercial technology into space programs. Its functions and makeup have not yet been decided. A study team will have 60 days to complete this task. “What is it going to be? An overarching policy organization? A separate acquisition organization? Or a new acquisition organization that takes pieces from the others?” Taverney asked.

• Air Force brass is pushing for Fred Kennedy, the director of the Defense Advanced Research Project Agency’s (DARPA) Tactical Technology Office, to head the Space Development Agency. Kennedy has past experience working at the Air Force Space and Missile Systems Center and has ‘space acquisition’ expertise.

• [Editor’s Note]   It now appears that the Deep State tentacles of the Air Force and DARPA are creeping into the creation and control of this supposedly “separate sixth branch of the military”. Is this the ‘Space Force’ that President Trump intended?

Vice President Mike Pence visited the Pentagon on Wednesday to receive a briefing on space operations and cyber defense. One of the topics was the proposal the Pentagon is drafting to establish a Space Force as a separate military branch.

Speaking with reporters shortly before Pence arrived at the Pentagon Wednesday morning, Deputy Defense Secretary Patrick Shanahan said the establishment of a Space Force was one item on the agenda. “We’re going to talk to him about a number of projects going on here in the building,” Shanahan said, according to a pool report.

Pence came to the Pentagon one day after announcing that President Trump directed the Defense Department to establish U.S. Space Command as a four-star combatant command. Speaking on Tuesday at the Kennedy Space Center, Florida, Pence said Trump will also sign a new space policy directive in the coming days that will lay out plans and a timeline to create a U.S. Space Force as a sixth branch of the armed forces. “We’re working as we speak with leaders in both parties in Congress to stand up the United States Space Force before the end of 2020,” said Pence.

The new space policy directive, named SPD-4, is the fourth major space policy action by the Trump administration. According to sources, the directive is being finalized and could be signed by the president shortly after the new year. The policy memo would instruct DoD to submit a legislative proposal on how the new service would be organized and a budget request. The National Space Council, led by Pence, has been in back and forth coordination with DoD on the legislative proposal.

Organizing the Space Force under the Department of the Air Force is “probably the most logical way to solve this in the near term, said Thomas Taverney, a retired Air Force major general who served as vice commander of Air Force Space Command.

The Space Force under this construct would still meet the criteria to be considered a sixth service, Taverney told SpaceNews.