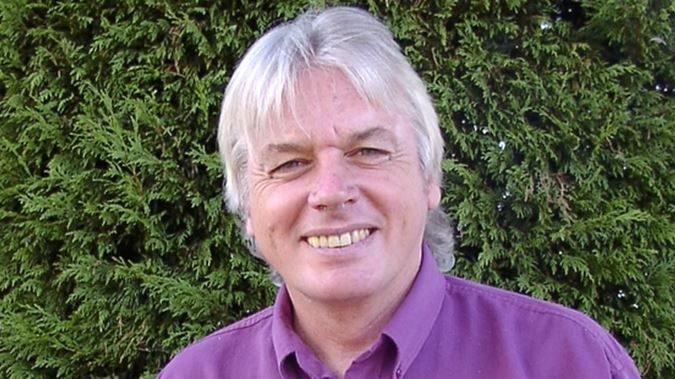 Obey and Bow Down to Your Alien Reptilian Overlords

• Reports of reptilian humanoids have become intertwined with the myths and legends of many cultures throughout our planet. A rather persistent and pervasive conspiracy theory is that not only are lizard people real, but this mysterious race of reptilian overlords control the world as we know it.

• The origin of recent reptilian theories comes from former British professional soccer player and sportscaster, David Icke (pictured above). With his “spiritual awakening” in the 1990’s, Icke learned that ancient reptilian aliens came to Earth thousands of years ago to infiltrate society and take over the world. Icke lays it all out in his 1998 book, The Biggest Secret.

• According to Icke, a race of reptilian aliens called the Anunnaki visited Earth a millennia ago as the Earth’s “vibrations” were compatible with their own. The reptilian’s own physical form had broken down and they could no longer re-produce, so they began to mate with humans. Says Icke, “The reptilians and other manipulating entities exist only just outside the frequency range of our physical senses. Thus they have sought to infiltrate human form and so use that to exist and control in this dimension.” The reptilian Annunaki have no desire to advance spiritually. Their aim is to derail human development and the human species’ scheduled spiritual ascension.

• Icke claims that through shape-shifting and bodily possession; the creation of false religions; control over media, educational, and governmental institutions; contamination of our food, air and water; mind control and genetic manipulation; and interbreeding bloodlines, these reptilians have now fully infiltrated our society to control all aspects of humanity in a global prison designed to perpetuate war and conflict.

• In fact, says Icke, reptilian DNA lies dormant within many of us, waiting to be activated at a moment’s notice by Illuminati rituals when a very different consciousness takes over. Mental and emotional processes are thereby hijacked to serve the whims of reptilian overlords. There are “full bloods” close to the original Reptilian alien stock, and also subservient “hybrids” who are lower on the totem pole. These hybrids may not even aware of their alien ancestry and their being constantly manipulated toward the reptilian agenda. Virtually everyone who is anyone is suspected by Icke of being a Reptilian or hybrid.

• [Editor’s Note] While the writer concedes that an estimated 12 million Americans (which is quite a lot) believe Icke’s account of reptilians existing among us, the writer also regards the notion as “rather insane”, “bizarre”, and “absolutely bonkers”. Do these fringe writers feel the need to pander to mainstream skeptics to avoid their YouTube channel or internet presence from being cancelled or algorithmically downgraded as an “untrusted source” or “fake news”? See Dr Michael Salla’s recent article on this topic.

There have certainly long been plenty of reports of reptilian humanoids reported across cultures and all over the world, some of which I have covered here at Mysterious Universe before, and such beings have become intertwined with the myths and legends of many cultures throughout our planet. But taking it to the next surreal level is a rather persistent and pervasive conspiracy theory that not only are lizard people real, but that they are taking over the world as we know it. It is an idea so far out in the fringe that it is considered pretty out there even among other conspiracy theorists, yet it has managed to become rather stubborn and pervasive, an idea that has gained momentum and just will not go away, and the notion that we are in thrall to some mysterious race of reptilian overlords seems like it is here to stay for awhile.

The main thrust of such bizarre theories originates with a man named David Icke. Originally a professional soccer player, before moving on in later years to the position of sportscaster, Icke’s calling took a sharp right turn into the bizarre when he had a “spiritual awakening” and became deeply interested in psychic abilities and various unexplained phenomena. He began to take up the reputation of being a psychic, making various predictions and outlandish claims, including one in which he insisted the world would end in 1997 (hint- it didn’t). He really found his true calling, however, when he latched onto the idea that ancient shape-changing reptilian aliens had come to Earth thousands of years ago and were in the process of infiltrating society for the sinister purposes of taking over the world to work towards some sort of New World Order.

The theory first leapt out into the public consciousness with the publication of Icke’s book The Biggest Secret, in which he lays out the whole thing in great detail. According to Icke, his research showed that millennia ago a race of reptilian aliens called the Anunnaki visited Earth and began to opress us and mate with us, spreading out their bloodlines and working their way into society until they controlled all aspects of our life. Icke claimed that these creatures could shape-shift or possess humans, and they were claimed to have designed all of the world’s major religions, as well as government systems and other aspects of civilization as we know it, all while they fed upon us and performed human sacrifices and genetic manipulation on us.

Icke claims that the presence of these beings was well-known amongst ancient peoples, and cites as proof several passages from religious books such as the Bible, where he claims there can be found references to these Reptilians and their efforts to interbreed with and control humans. He also cites the numerous references throughout cultures to the worship of reptile gods and other entities, such as the Aztec reptile serpent god Quetzalcoatl, the reptilian Naga of India, and many others. This is all evidence of our ancestors having had contact with our reptilian masters in ancient times, according to Icke. He would say of this incredible theory: “I make these connections, not just from intuition, but from a tremendous amount of ancient and modern evidence that shows that this reptilian connection travels right through these thousands of years to the present day. Some of these references to serpents and dragons are obviously symbolic, not the least, the Kundalini energy and other things, but when you look at the evidence, there is a tremendous number of literal references to serpent people – serpent gods.”

Over the centuries these Reptilians interbred with us and spread out into the world along with humankind, and managed to insert themselves into important families and organizations, from which they supposedly control religion, the government, education, and of course the media. These creatures are apparently attracted to our planet because of the “vibrations” present here, plus the fact that we give them a chance to continue to reproduce. Icke said of this: “The reptilians and other manipulating entities exist only just outside the frequency range of our physical senses. Their own physical form has broken down and they can no longer re-produce. Thus they have sought to infiltrate human form and so use that to exist and control in this dimension. They chose the Earth for this infiltration because it most resembles in vibration the locations from which they originate. These reptilians are addicted to the dense physical “world” and the sensations it offers and they have no desire to advance higher. Their aim in this period is to stop the Earth and incarnate humanity from making the shift from dense physical prison into multi-dimensional paradise.”

By having power in every single country, the Reptilians have created a global prison that people don’t even realize they’re in. The prison was created by drawing country lines, which leads to endless wars and conflicts. Another way they control humans is by distracting us with media, entertainment, and even politics. They’ve also made the population stupid and lazy by poisoning food, the air, and the water.

A crucial aspect of all of this has been to create a network of mystery schools and secret societies to covertly introduce their agenda while, at the same time, creating institutions like religions to mentally and emotionally imprison the masses and set them at war with each other.

One common theme with the whole Reptilian conspiracy is their interbreeding with humans and genetic experiments upon us. This mixing of their DNA with that of humans and other genetic doctoring has been claimed to have several purposes. One is to allow them to more completely blend in and infiltrate us, and another is that it was meant to limit our mental capacity in order to keep us meek, stupid, and compliant. According to Icke, this reptilian DNA lies dormant within many of us, waiting to be activated at a moment’s notice to serve the whims of our Reptilian overlords. His whole philosophy on this is quite complex, and at times really absolutely bonkers, but he says of it: “These reptilians and their allies have corrupted Earth DNA with their own and this genetic infiltration lies dormant until it is activated by the vibrational fields generated by the Illuminati secret society rituals, and others in the public eye like the carefully designed coronations and official ceremonies of many kinds, including even the UK State Opening of Parliament and certainly those of the various religions.”