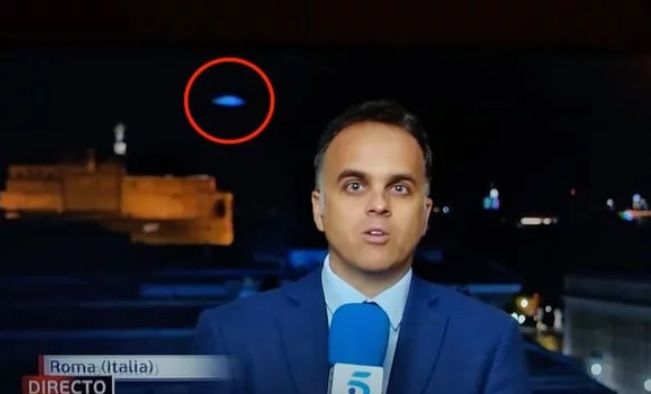 • Video footage from the Spanish news channel Telecinco, recorded in Rome, shows a blue UFO-like object hovering in the skies as the reporter narrates events in the country. Telecinco claims that it was a seagull. (see 48 second video below)

Scott C Waring, a self-proclaimed UFO hunter who currently operates from Taiwan, believes that aliens are visiting the Earth to monitor human efforts to contain the coronavirus. The conspiracy theorist has claimed that aliens are working together with the Pope and the Vatican to find a coronavirus cure.

In his recent website post, Waring analyzed video footage from the Spanish news channel Telecinco. In the video, recorded in Rome, a blue UFO-like object can be seen hovering in the skies, as the reporter narrates events in the country.

Even though the UFO theory was dismissed by Telecinco as a seagull, Waring asserted that the mysterious flying object in the skies could most probably be an alien spaceship from deep space.