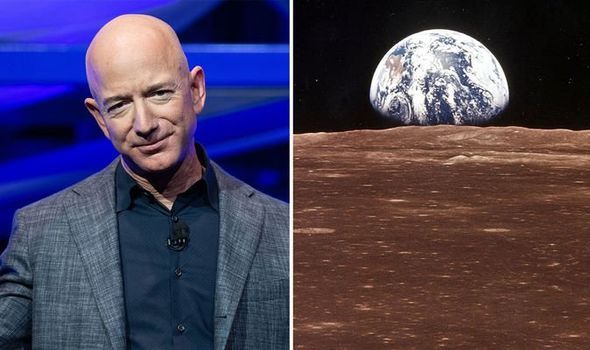 Jeff Bezos – The Man On The Moon and Beyond!

Move over Robert Bigelow, Richard Branson, Elon Musk and all you other billionaire space jockeys:  Jeff Bezos is taking the high ground on the New Frontier (part 2) space race by promoting the vision of his mentor, Gerard O’Neill.

It remains to be seen whether he is coordinating his efforts with those of President Trump whose plans for a Space Force along with a return to the Moon by 2024 coincide nicely with those of Bezos.

The Amazon/Whole Foods/Washington Post (CIA?) tycoon may be reflecting the theme of the film, Interstellar, as suggested in the article below.

For those noticing the bleak state of Planet Earth these days, the movie Elysium may be a more accurate expression of what is going on with the Secret Space Program (SSP) and the missing trillions from the US budget.

The marriage of private finance with advanced space technology projects has long been a key feature of the SSP as described by many researchers including Catherine Austin Fitts, Joseph Farrell and Jim Marrs.

That’s why I believe the presence of James Comey and Robert Mueller as heads of the FBI is likely important to understanding that RussiaGate is a cover for the SSP.  With their links to the Deep State and Military-Industrial Complex, these men have been well-positioned to divert attention from black projects and the corruption associated with them.

I believe the true importance of the ATTF revelations and the TTSA project is to let the public know in small doses the extent of the vast research being done to support programs such as those by Bezos, Musk and Bigelow which are carefully kept from widespread exposure.

Once again, it is the unique role of Donald Trump that is playing such an important part in these developments.  His ties to Nikola Tesla via his Uncle John’s role in reviewing the dead inventor’s files in 1943 may explain more than many might imagine about this president.

Other unusual aspects of his background including links to the murky world of Roy Cohn with all that might entail about the SSP provides the context for at least some of what is going on behind the scenes as well as public declarations such as the new Artemis Moon project.

With the 2020 election only 18 months away, we will learn soon enough whether this issue will be part of the campaign or remain largely hidden within the realm of secrecy provided by the National Security State.