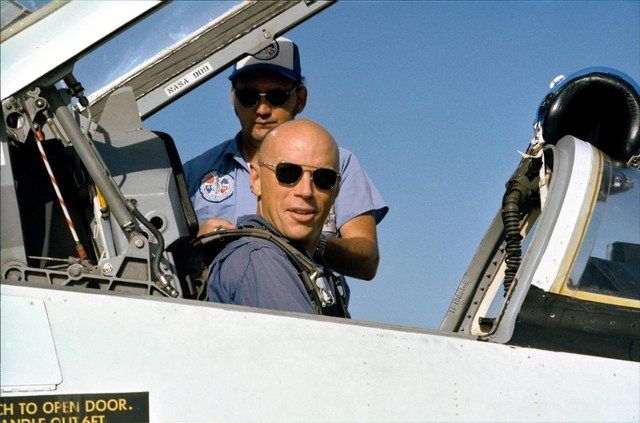 Is There Extraterrestrial Life, Has It Visited Earth?

• NASA astronaut Story Musgrave has been to space six times. On one occasion, he helped to fix the Hubble Telescope. And he’s the only astronaut to have flown aboard all five Space Shuttles. But what does he think about UFOs and extraterrestrial life?

• Musgrave points out that, statistically speaking, there are billions and billions of planets that must have biological life. These biological entities have had millions of years to evolve. If so, they’ve certainly developed technology that would lead to star travel by now. They’re very likely to have been outside of their solar systems, and maybe outside of their galaxy. While here on Earth, humans have only begun to technologically develop over the past few hundred years.

• As far as UFOs and extraterrestrials visiting the Earth, “I want that to happen,” says Musgrave. “I send prayers out there for them to come and get me.” “First, you have to acknowledge that they’re there. If you turn your back, they’re not going to come.”

• For 30 years, Musgrave says, he’s been “listening to everyone’s tales.” But he feels that “there’s just not enough evidence” of extraterrestrial beings visiting our planet. Also, why would extraterrestrials want to come to Earth, he asks? “If you look at the number of wars going on, the history of humanity and its relationship to itself… there’s nothing to learn here, not yet.” “There are more promising places.”

• [Editor’s Note] Apparently, Story Musgrave is still collecting his government pension and doesn’t want to say anything to jeopardize it.

Story Musgrave has led a storied life. He is the only astronaut to have flown aboard all five of the Space Shuttles – Endeavor, Discovery, Atlantis,

Challenger and Columbia, the last two of which had mishaps that destroyed the spacecraft after he had flown in them. Musgrave has also been to space six separate times, just under the record of seven held by Franklin Chang-Diaz and Jerry Ross. In addition to Musgrave’s career as an astronaut,

he has worked as a trauma surgeon and currently owns a palm tree farm. Thirty years ago, he made history by helping fix the fragile Hubble Telescope. I thought it would be interesting to talk with Musgrave now, given the important Hubble anniversary later this week. In a one-hour phone interview, he discussed many things space, including the topic of UFOs. Following are edited excerpts from a spirited chat.

Jim Clash: What is your view on the topic of extraterrestrial life in the universe?

Story Musgrave: There are millions if not billions of them out there. We think we are the center of the universe, that the whole universe revolves around Earth. But they are coming up with so many new planets now. There are like 10 to the 29th stars, a number I can hardly wrap my fingers around, and most of them have planets. A planet can be at a place that’s friendly to biological life. Statistics have it that there are billions and billions of planets that have biological life. If they’ve behaved themselves and gotten their acts together, looked after themselves, there are millions of years for these people to have evolved, to have developed a technology that would lead to star travel. They’re outside of their own solar systems, maybe outside of their own galaxies, too. But here on Earth, technology only began probably 300 or 400 years ago, with the Industrial Revolution.