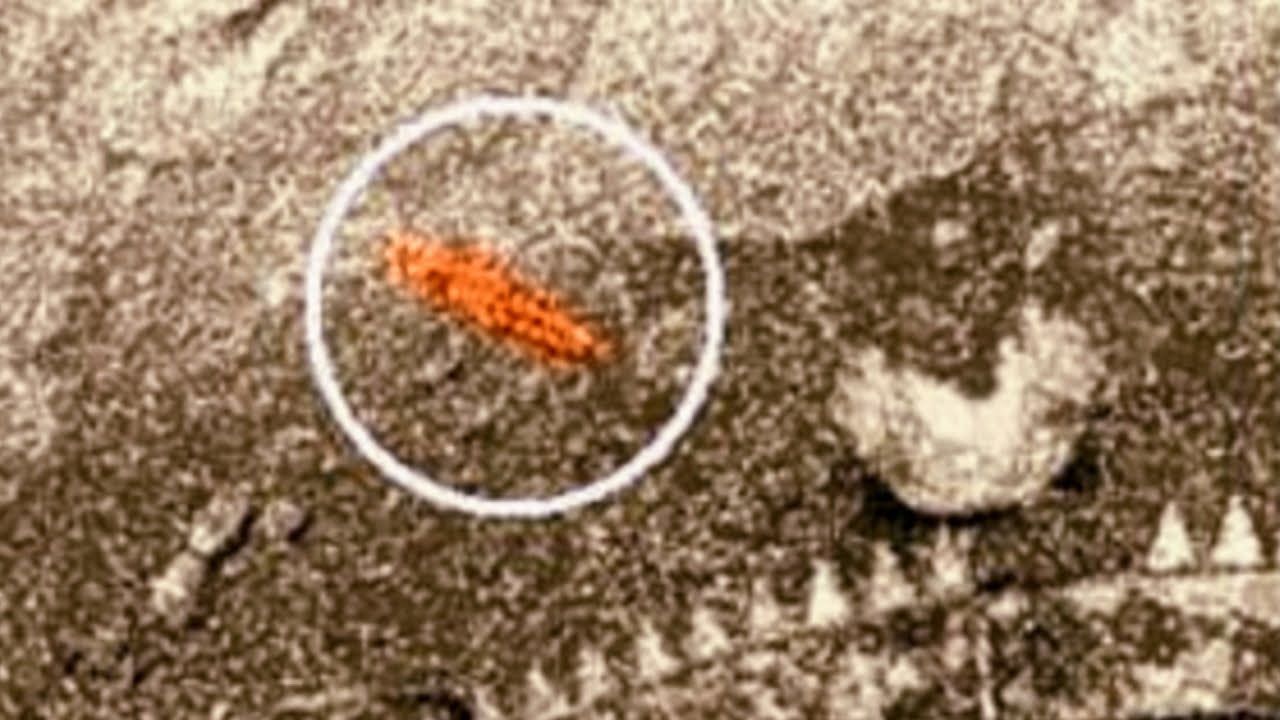 Did a Russian Scientist Discover Life on Venus 30 Years Back?

• In 1981, the USSR launched the Venera 13 space probe to explore Venus. The space race between the USSR and the United States had reached its peak and details of the Soviet space mission were highly confidential. Thirty years later, Russian scientist Leonid Ksanfomaliti published an article in the journal Solar System Research, claiming that the probe had detected something crawling across the surface of Venus, considered one of the hottest planets in the solar system. In his paper, Leonid Ksanfomaliti claims that the morphological features of the object spotted on Venus suggests that it was a living being.

• A Quest TV documentary – “NASA’s Unexplained Files” discusses the mysterious entity that moved across Venus. It describes the Venere 13 space probe’s mission: “A Soviet space probe reaches the hottest planet in the Solar System. A lander packed with a payload of cameras and scientific instruments plunges more than 48km through clouds of sulphuric acid to reach the surface. The probe sends back images that seem to show something moving on the surface. It takes three decades before a Russian scientist, Leonid Ksanfomaliti, reveals astonishing images from the archives.”

• Experts at NASA say that the object spotted in the photographic images taken by Venera 13 probe is the lens cap from the Venera’s camera.

• [Editor’s Note]  The Soviets had been attempting unsuccessfully to land a viable probe on Venus witht the start of the Venera program in 1961. It wasn’t until Venera 4 in 1967 that a probe was able to send back atmospheric readings before succumbing to the harsh conditions of the planet. Veneras 5 and 6 in 1969 were more successful still, sending back atmosphereic readings for a full hour before going quiet. In 1975, Venera 9 sent back the first images taken of Venus’s surface terrain in natural sunlight. The 1978 Venera 10 probe confirmed the planet’s desolate surface which receives some small amount of sunlight throught its dense atmosphere. It also confirmed the particularly reflective nature of the of the cloud cover engulfing Venus. For the most part, the terrain of Venus was revealed to be a sterile, scorched desert with layers of solidified, crumbly lava. In 1978, the Soviets also sent up the Venera 11 and 12 Venus probes to collect more telemetry from the Venera 9 and 10 landers.

In March 1981, Veneras 13 and 14 landers were made with special alloys and lubricants to withstand the Venusian heat. They had color cameras mounted to the outside of the lander, nd the ability to drill into the surface. They both appeared to have landed on solidified lava flows in the same general area. In 1983, the Veneras 15 and 16 traveled to Venus and remained in orbit around the planet, relying on cloud-penetrating imaging radar to further map Venus’ surface.

Apparently, the “life” on Venus to which this article refers was a small caterpillar-like creature just at the foot of the lander, taken point blank by the color cameras mounted on the lander.

Several space experts strongly believe that alien life, at least in its microbial form could be present within the solar system. Most space scientists

speculate that the probable candidates to find alien life within the solar system are Mars, Venus, and Saturn’s moon Enceladus. Now, fresh reports suggest that the then Soviet Union discovered traces of extraterrestrial existence on Venus, around 30 years back.

Did the USSR discover alien life on Venus?

It was in 1981 that the USSR launched the Venere 13 probe to explore Venus. Details of the mission were maintained very confidentially by space scientists, and it was during this time that the space race between the USSR and the United States reached its peak.

After 30 years, Russian scientist Leonid Ksanfomaliti published an article in the journal Solar System Research, claiming that evidence of alien life was discovered by the probe three decades ago. The evidence was actually an unknown moving entity that crawled across the surface of Venus.

Quest TV documentary ‘NASA’s Unexplained Files’ also talked about the mysterious entity that moved across Venus, which is considered one of the hottest planets in the solar system.