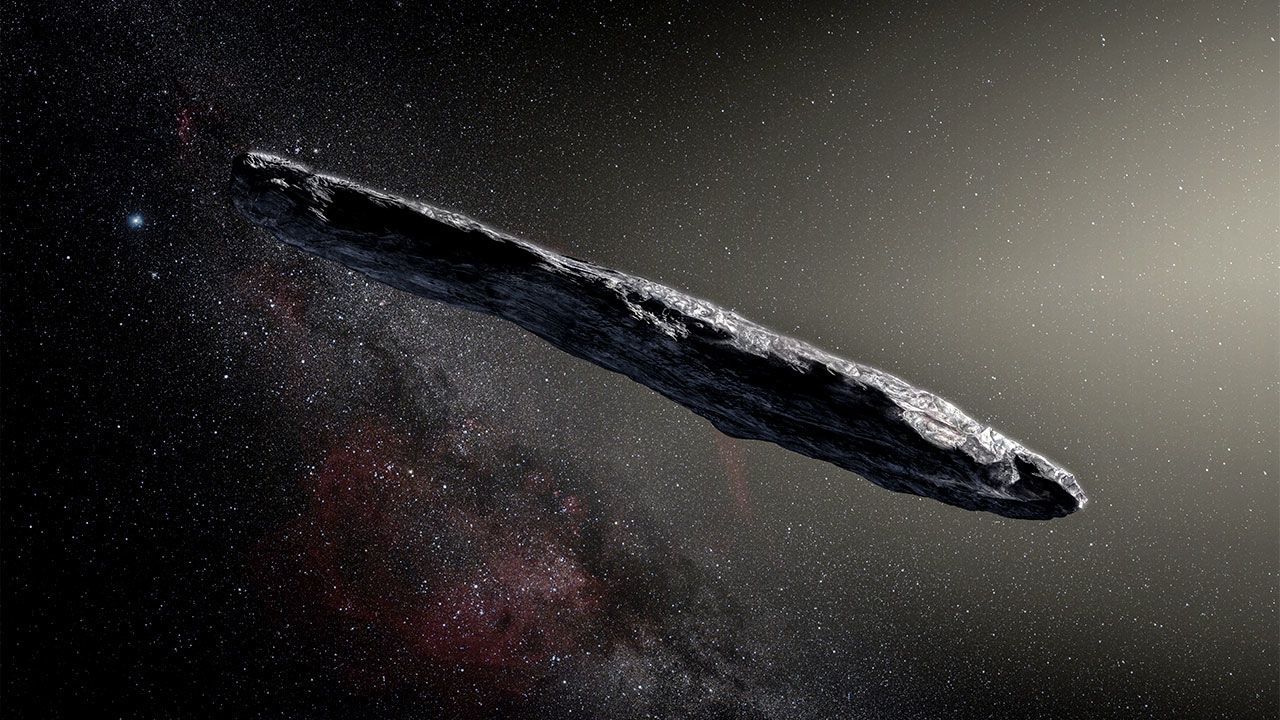 • In September 2018, an elongated asteroid traveling from outside our solar system, dubbed ‘Oumuamua’, captured the attention of scientists because of its unusual behavior in moving at a high speed when a normal asteroid would slow down. Also, it didn’t spin as an asteroid/comet giving off gasses would do.

• In studying Oumuamua over the past year, Harvard Smithsonian astronomers, Shmuel Bialy and Abraham Loeb, determined that the object was activated and propelled by sunlight. The light radiation from the Sun exerts its force on the rock’s surface and this powers the asteroid on. This means that we could be looking at the reminiscences of a reconnaissance probe conducted by extraterrestrials. These mainstream scientists are putting forth a theory that might seem crazy to others: that Oumuamua might have built by an extraterrestrial civilization.

Shmuel Bialy and Abraham Loeb, two astronomers from Harvard Smithsonian made an interesting observation recently. According to them, the mysterious interstellar rock Oumuamua might be a proof that aliens exist. The scientists claim to have noticed signs that the asteroid is part of a light-driven probe. This means that we could be looking at the reminiscences of a reconnaissance mission conducted by extraterrestrials.

The mysterious rock drew the scientists’ attention because of its unusual behaviour outside our solar system. Last year, in September, when they noticed it, the asteroid was moving at a high speed when the normal tendency would be to slow down.

At first, the observers thought that the rock is acting so strange because a gas was released inside it. After they looked deeper into the matter, the astronomers realized that if Oumuamua were a comet with abnormal gas releases, the object would have to spin throughout the space.

With all the speed, the asteroid remained flat, so Bialy and Loeb reached the conclusion that Oumuamua is actually activated by the sunlight. How is that possible? The light exerts its force on the rock’s surface and this powers the asteroid on.