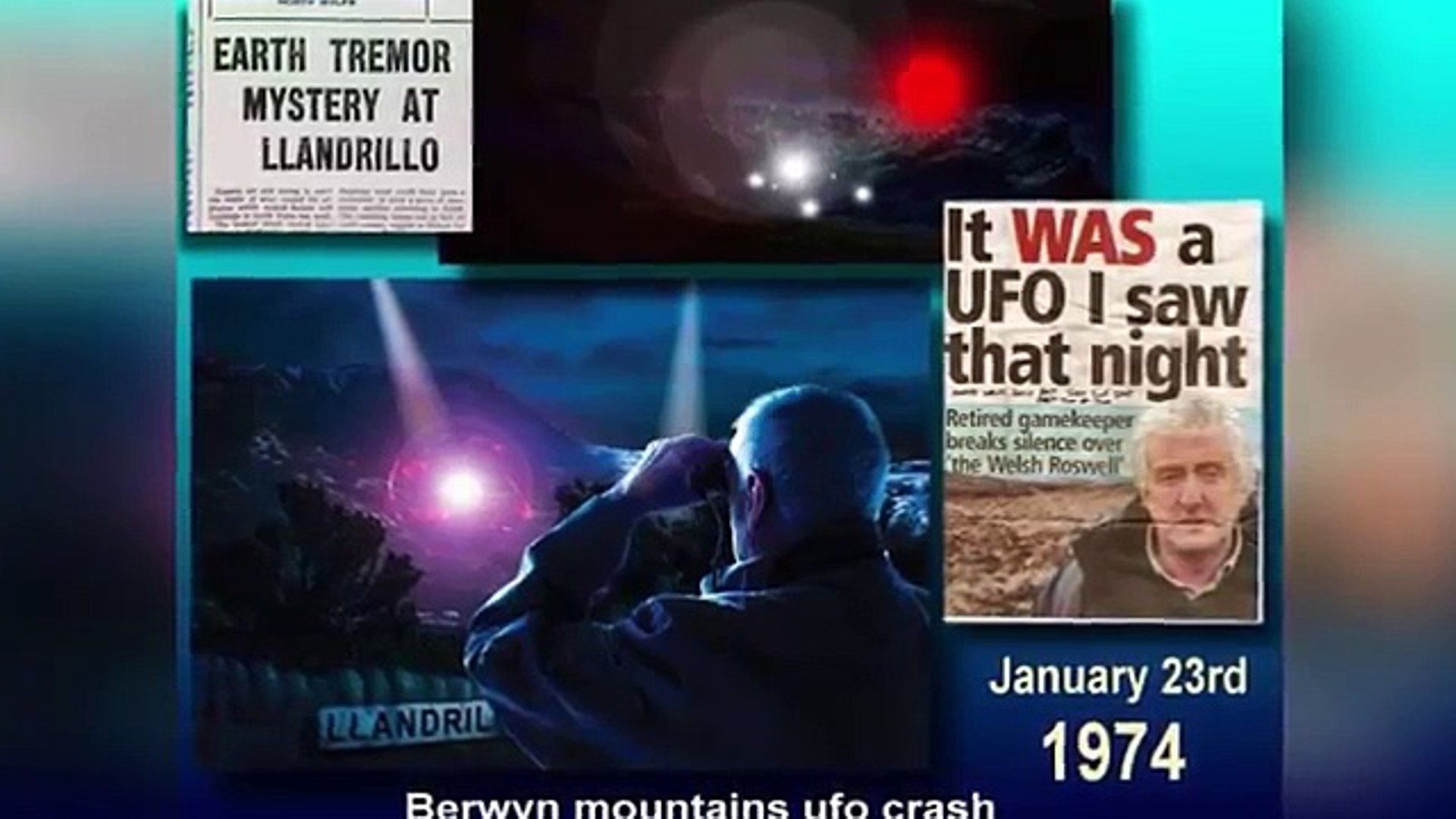 • On a cold, dark January night in 1974 the ground shook with a loud bang and bright lights appeared in the sky above the Berwyn Mountains in northeast Wales, UK. The tremor from it measured 3.5 on the Richter scale. The UFO crash high above Bala Lake, called the Welsh ‘Roswell’, has resurfaced again following a fresh appeal for information by a researcher looking to make a documentary about the phenomena for American TV.

• Retired nurse Pat Evans believed that an aircraft had crashed. She drove to the site and saw a pulsating orange and red glow on the hillside and other lights. Other residents of the affected villages of Llandderfel and Llandrillo also claim to have seen a lot of soldiers in the area and something large being loaded onto the back of a truck.

• A pensioner with links to the RAF and NASA stated that these organizations had been developing a new weapon to bring down UFOs, and it had been used successfully that night. One ex-military man claimed that something “catastrophic” had gone wrong with an underground base “that was not manned by people of this world.”

• North Yorkshire UFO investigator Russ Kellett has been trying to piece together what happened that night. “Sometimes there are people who just like to be involved in an event such as this and want to say they were there,” said Kellett. “[But] why would these people in their 50s, 60s and 80s contact me to give me these stories? The people who contacted me appeared to be genuine.” Says Kellett, “I have been researching this for 25 years now and am still trying to get to the bottom of what happened that night.”

It’s been called the Welsh ‘Roswell’ – a cold, dark January night in 1974 when the ground shook and bright lights appeared in the sky above the Berwyn Mountains.

An incident which has remained surrounded by mystery ever since, many explanations have been given for what went on in that part of North Wales that evening, from meteor shower and earthquake to downed plane or even lamp-wielding poachers on the hillside.

But, for many, the belief that a UFO crashed high above Bala Lake – its alien inhabitants quickly spirited away in a military cover-up – has proved hard to shake.

And, according to NorthWalesLive, that belief has resurfaced again following a fresh appeal for information earlier this year by a researcher looking to make a documentary about the phenomena for American TV.

North Yorkshire UFO investigator Russ Kellett, who has been researching the Berwyn Mountains enigma for 25 years, has received a further four extraordinary claims by people from in and around the affected villages of Llandderfel and Llandrillo who say they were either close to the incident or knew officials involved.

One woman, who said she lived very near by, told Kellett her dad worked for the Ministry of Defence and on that night she heard an enormous bang – the tremor from which measured 3.5 on the Richter scale – and that she and her brother were told to go back to bed.

Later in the evening she could hear people talking in the house about making calls and when she looked out of the window she saw something large being loaded onto the back of a truck, although she did not know what it was. She claimed there were a lot of soldiers in the area.

Years later, her dad told her a Russian ship in the Irish Sea had fired a missile “in the wrong direction” and hit something which came down and was taken away by the military.