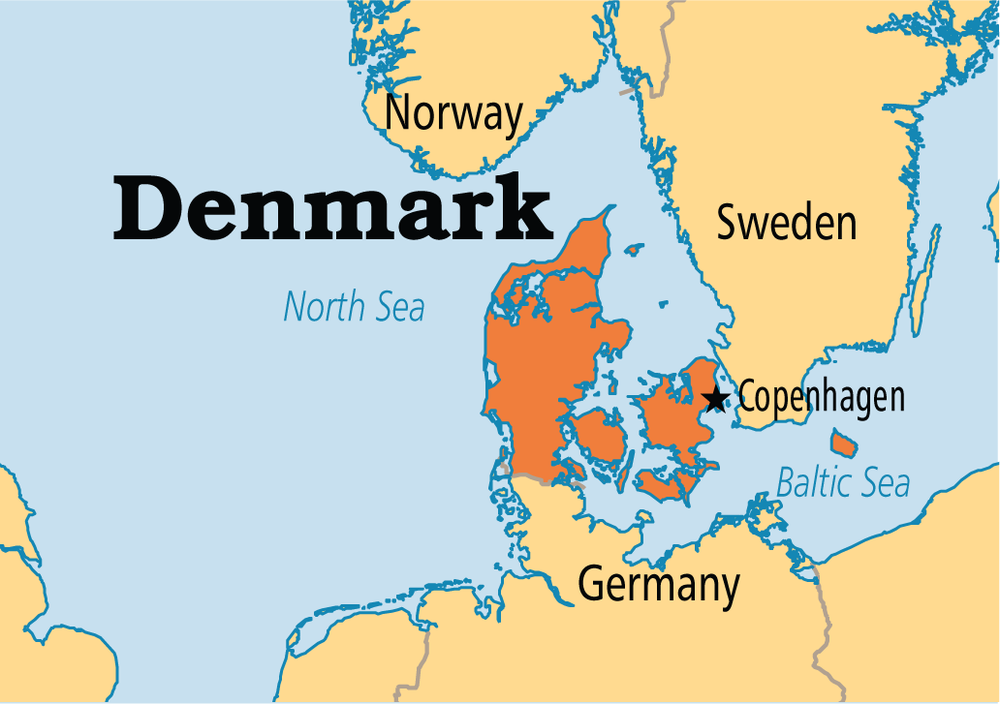 UFOs Around the World: Denmark

• Over the next several weeks, this writer, Robbie Graham, will conduct interviews with leading UFO researchers from countries around the world. This week, Robbie interviews Pia Knudsen in Denmark.

• In 2009, Knudsen co-founded Exopoltics Denmark, which now operates as UFO Denmark. Knudsen has been interviewed on national radio and television; she has written articles on the UFO topic and lectured in both the UK and Norway. Her’s is the only group currently organizing and sponsoring an annual UFO conference featuring international speakers.

• There seems to be an increase in contact cases in Denmark. Nowadays social media plays a key role in connecting people who seek information. Very rarely do people see disc-shaped UFOs. It is mainly orbs being reported. Knudsen has had several of her own UFO sightings.

• Pia identifies Major H. C. Petersen as a pioneer in Danish ufology. In 1952, Petersen was sent to Wright Patterson Airforce base in Ohio for training where he was astonished to learn that the Americans took the UFO topic seriously. The young officer became convinced that UFOs were real and was profoundly influenced by the teachings of George Adamski. In 1957, he founded Denmark’s first UFO group, Scandinavian UFO Information (SUFOI). Petersen passed away in 2013.

• Knudsen describes a compelling Danish UFO case when a police officer, Evald Maarup Hansen spotted a UFO above his police car on a remote country road in 1970, and again in 1973. Both the car and police radio shut down but he managed to take photos of the object. At the time, Air Force radar operator Nis Krog picked up the object on radar corroborating Hansen’s account.

• Amid great media hype, the Danish air force released their UFO files in January 2009. However, of the reported 15,000 files that the air force had collected since the 1950’s, only 228 case files were actually released. The government claims that all of the files from before 1978 are missing. The air force now refers all UFO incidents to the SUFOI UFO group and the government no longer comments on the topic.

Over the next several weeks, I’ll be conducting interviews with leading UFO researchers from countries around the world in an effort to paint a picture of global UFOlogy today.

This week, our global UFO trek takes us to Denmark, and to Pia Knudsen. Pia has had an interest in UFOs since a childhood sighting in British Columbia, Canada. In 2009 Pia co-founded Exopoltics Denmark, which now operates as UFO Denmark. Pia has been interviewed on national radio and for the National Geographic channel; she has written articles on the UFO topic and lectured in both the UK and Norway. In her current role as director of UFO Denmark, Pia says that she “strives to make the best research and documentation available for the Danish public.”

RG: Who have been the defining figures in Danish UFOlogy over the past 70 years (for better or for worse), and why?

As a captain lieutenant in 1952, Hans Christian Petersen was sent to Wright Patterson Airforce base in Ohio for training. During his stay, Petersen became astonished to learn that the Americans took the UFO topic seriously. Project Blue Book had headquarters at the base and the young officer became convinced that UFOs were real. In the mid-1950s, Petersen had his own UFO radar sighting at Skydstrup Airforce base, which fueled a lifelong interest in UFOs. Due to disagreements regarding George Adamski, H. C. Peterson left the SUFOI group in 1965 and went on to create a second group, IGAP (International Get Acquainted Program) to promote Adamski’s teachings. Both UFO groups still exist. While the SUFOI group has become increasingly skeptical of the topic and refers to UFOs as a myth with earthly explanations for all sightings, the IGAP group is slowly diminishing and now has very few members. H. C. Petersen passed away in 2013.

Early Danish UFO groups include UFO-Fyn, DISC and Nordisk UFO Organization. FUFOS (Frederiksberg UFO Studygroup) had quite a following in the 1970s, promoting not only UFOs but a mix of topics. The group eventually changed its name and focus; it seldom focusses on UFOs nowadays.

In 2009 I co-founded the Exopolitics Denmark group, focusing on political and environmental activism surrounding UFOs. Each year we invite leading researchers to Denmark. In 2014, you [Robbie Graham] joined George Knapp and Terje Toftenes in Copenhagen to speak about UFOs and the media. Other speakers have included Richard Dolan, Robert Hastings, Timothy Good, Suzy Hansen, Gary Heseltine, Jeremey Corbell, Mary Rodwell, Steven Bassett, A. J. Gevaerd and more. In May 2018, Grant Cameron visited both Copenhagen and Kolding.

In late-2017, Exopolitics Denmark voted to change its name to UFO Denmark. We now have a broader focus to create debate and provide information surrounding the UFO topic.

RG: What do you consider to be the most compelling Danish UFO incident on record, and why?

PK: Police officer Evald Maarup Hansen twice spotted a UFO above his police car on a remote country road in 1970, and again in 1973. Both the car and police radio shut down during the event, but Evald Maarup managed to take three pictures of object. He reluctantly spoke about the event after collegues had contacted the media. In 2010 I located a radar operator, Nis Krog, who had been on duty at the nearby Skydstrup Airforce Base and had seen an unidentified object on his radar at the time and in the area Maarup had his encounter. This case was included in a National Geographic documentary I worked on in 2013 and Nis Krog went public for the first time confirming his radar observations.

RG: What is the Danish government’s official stance on UFOs? When was the last time it issued a statement on the subject?

PK: The Danish air force released their UFO files in January 2009. There was a big hype in the press. The air force stated that they had collected 15,000 files since the mid-fifties but in fact only released 228 cases on the day. They claimed all files from before 1978 had gone missing. On average, 250 cases were reported each year, so I estimate that 7,500 cases should have been released in 2009. No members of the press or the SUFOI UFO group questioned why so few cases were released. The air force’s offical website recommends all new incoming cases be reported to the SUFOI group. I have done much more research into the file release and have an article on the subject. The government no longer comments on the topic.