Tag: US Department of Commerce 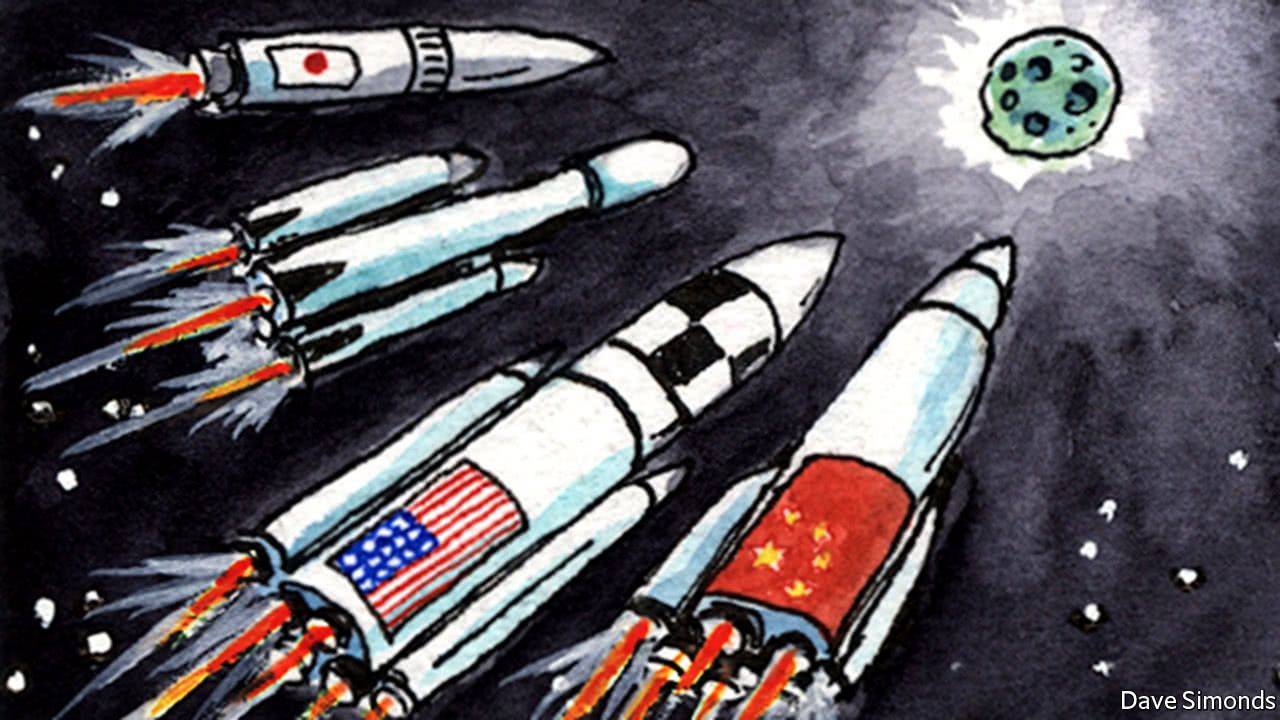 We Are in a Space Race That America Needs to Win

• The Trump administration views space as a new arena of strategic competition. The Pentagon’s recently released ‘Defense Space Strategy’ defines the space domain as “vital to our nation’s security, prosperity and scientific achievement.” Today, the space market is estimated to be $350 billion. But the US Department of Commerce says that current projections put the global space economy at $1 trillion by 2030 and $3 trillion by 2040.

• Meanwhile, American private sector space firms have reduced launch costs, making the positioning of technologies in space more feasible and affordable than ever before. New technological breakthroughs have made activities like mining asteroids achievable within a decade. But this future space economy depends on investment, which depends on security, which depends on a committed US military presence in space. The US Space Force must be capable of defending American interests against both global adversaries who would disrupt US space architecture, as well as natural threats such as asteroids and comets.

• Undoubtedly, the biggest danger is the People’s Republic of China. Beijing recognizes the value of the space domain, and is now trying in earnest to utilize space to achieve its great power ambitions. In April 2019, Dr. Namrata Goswami told the U.S.-China Economic & Security Review Commission that China had plans to become the world’s leading space power by 2045. To this end, China has already landed on the far side of the Moon and created a lunar biosphere simulation, housing inhabitants within its closed ecosystem for a year. China is developing techniques for asteroid mining, and has developed nuclear-powered shuttles for space exploration and for the industrialization of the Moon. It plans to fabricate satellites that can harness energy in space to become the world’s top supplier of non-carbon producing energy.

• More specifically, China plans to create space-based commercial and industrial facilities and transportation by 2021; space-based power generation by 2030; lunar mining by 2030; and asteroid mining by 2032. China could also gain advantages in areas such as artificial intelligence and cyber-related technologies, thereby increasing its war-fighting capabilities and telecommunications

• The strategic role in space to which Beijing aspires is potentially threatening to the United States, both economically and militarily. The United States will need a concrete plan to go on the strategic offensive to prevail as the planet’s dominant space power.

The Trump administration is getting serious about space. Although they have been mocked by critics ignorant of their importance, steps like the administration’s commissioning of the U.S. Space Force, its establishment of a dedicated Space Command and the creation of a dedicated space technology development arm are all signs that the White House is beginning to view space as a new arena of strategic competition. The latest sign in this regard came last month, when the Pentagon formally released its Defense Space Strategy, which defines the space domain as “vital to our nation’s security, prosperity and scientific achievement.”

This bold statement reflects a potentially transformative reality: that space is still a largely untapped resource. Today, the current space market is estimated to be $350 billion, but in three decades, it could be worth exponentially more. By the middle of the 21st century, both Bank of America and Merrill Lynch estimate, the space economy will be worth roughly $2.7 trillion.

American policymakers are eager to tap into that potential wealth. U.S. Commerce Secretary Wilbur Ross gave a speech earlier this year at the World Economic Forum in Davos in which he noted that, “Current industry projections place the 2040 global space economy at between $1 trillion and $3 trillion. And I think we will certainly get to a trillion before 2030.” He specifically mentioned America’s near-term priorities in this domain to include lunar mining, asteroid mining and space tourism.

Industry, meanwhile, is already moving in this direction. American private sector space firms have reduced launch costs, making the positioning of technologies in space more feasible and affordable than ever before. Meanwhile, new technological breakthroughs have made activities like mining asteroids achievable within a decade.

But all of that hinges upon investor confidence, and that in turn requires security. For the space economy to expand to its full potential, tech firms and investors alike need to know that their stakes will be safeguarded by a U.S. government that is serious about space. Increasingly, American national security, and our growing list of space-based economic assets, requires a committed military presence with the capability to defend against dangerous naturally occurring phenomena (including asteroids and comets), as well as potential adversaries who are actively developing the means to disrupt, degrade and destroy vital components of the emerging U.S. space architecture.

Artwork by Dave Simonds for The Economist