Tag: The Oval on Garden Village 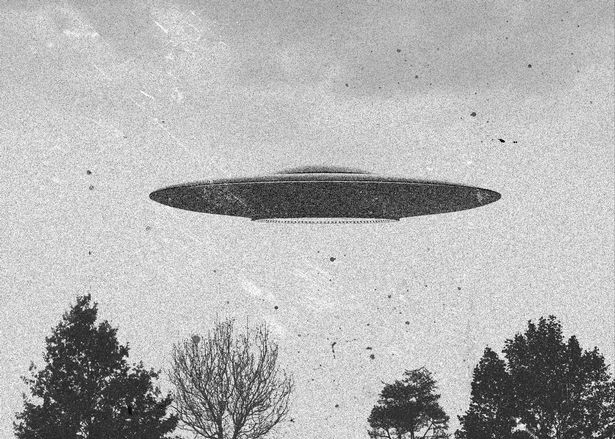 • Over the past few years, Britain’s Ministry of Defence has released many of its UFO files. Historian Mike Covell has summarized some of the reports emanating from Yorkshire in northeastern England.

• In July 1967, citizens in and around East Yorkshire (northeast England) watched a strange light in the sky moving east toward the coastline. The staff on a pirate radio ship off of the coast there also saw the light above their vessel and reported it live on air. Three thousand pirate radio listeners called in to say that they too were watching the UFO.

• In January 1967, residents of Hull in northeast Yorkshire UK reported seeing strange red lights over the city. The red lights were never identified, and were blamed on balloons.

• Also in July 1967, a physicist professor from the University of Hull saw a bright white light land in a field near Welton (in northeast Yorkshire). He felt a vibration and heard a buzzing noise. The intensity of the light was so bright that he had to shield his eyes. Then the object became airborne and headed over the nearby waterway. The sighting remains a mystery.

• In 1975, a saucer-shaped UFO craft reportedly landed on The Oval on Garden Village in Hull, UK. Residents were told that it was a gas explosion and they had to be evacuated. The residents suspected a cover-up, and were told by the military to keep quiet about it. The Ministry of Defence were forced to make a statement denying any cover-up.

• In October 1986, a resident in the Bransholme section of Hull, UK reported seeing a strange half-moon shaped object, much larger than a passenger aircraft, curved on the uppermost section, with a red light on the side, and emitting a white glow. The sighting was reported to the police who referred it to the Ministry of Defence. Twenty witnesses saw the craft move east to west, then back to the east, then hovered and vanished.

• In January 1987, after seeing the bright light vanish, residents of Bransholme reported seeing a bright red circular object which was closely followed by a thick trail of black smoke moving in a westerly direction on a clear evening. Humberside Police took the report and forwarded it to the Ministry of Defence.

• On February 26 1988 at 4am, a Hull resident saw a large craft with red and orange flashing lights flying south during a snowstorm. It too was reported to the Humberside Police.

• On December 10, 1988 at 7:45am, a small aircraft with a ‘glow around it’ was reported to Humberside Police, and was also spotted by two Hessle police officers. It was reported to the Royal Air Force.

• On July 12, 1989, witnesses reported seeing a stationary bright white object which then changed to red and traveled from Hull to nearby Humber. The single craft was then joined by five other lights that began to circle it. It was reported to Humberside Police who forwarded it to the Ministry of Defence.
• On September 5, 1989, a several witnesses saw a bright craft over the village of Keyingham and reported the incident to Humberside Police. At 1:20am, the UFO hovered for twenty minutes, flashing twice per second. It was reported to the Ministry of Defence.

• In November 1996, witnesses saw a series of strange balls of orange light spotted across the city of Hull. The lights weaved in and out of formation, circling each other as they flew from the north to the south. It was reported to the Humberside Police and was blamed on Chinese lanterns.
• In July 1990 just before midnight, a resident of Hessle reported seeing a triangular shaped craft circling over their house for 45 minutes. It had a square rear end and was constantly emitting a bright light as it moved. Then it hovered over their house for thirty minutes before ‘shooting off vertically’. It was reported to Humberside Police who could see the craft on its closed circuit tv. They forwarded it to the Ministry of Defence.

• Over several nights in July 1997, numerous eyewitnesses across Hull reported to Humberside Police seeing a series of silent, triangular craft in the sky over the Humber Estuary. At least nine people spoke to newspaper reporters at the Hull Daily Mail of seeing the craft. The first sighting took place at 7.30pm on July 25th, with reports coming in all night and for many days after, with the final sighting coming on August 4. The craft moved from west to east and headed toward the North Sea. One eyewitness watched the craft through binoculars. Another stated seeing similar craft over Hull on at least four occasions that year. A second sighting on July 26th described a silver cigar shaped object with sharp pointed wings and a red light on one side with a green light on the other. moving at a steady speed. Explanations included mass hallucinations, weather balloons, blimps, and Chinese lanterns.

• On July 26 2013, the Hull Daily Mail reported a UFO sighting over eastern Hull. A woman described the object as bright and almost fan shaped, about half the size of the moon. The object moved in a clockwise direction, rotating round and round, then dropped sharply to the earth, before rising again.

Hull maybe deemed the end of the line but it has proven a popular destination for alien visitors.

There have been a surprising number of sightings over the last 50 or 60 years with flying discs and curious bright lights being spotted across East Yorkshire’s open skies.

Some sightings can easily be explained away as satellites, airplanes or weather phenomenon.

These days such reports could now be drones and we have more ambitious satellite projects such as Elon Muck’s Starlink which has them positioned in a line.

But other sightings are more challenging to rationalise.

In the last few years the Ministry of Defence has released many of its UFO files and local historian Mike Covell delved into the online reports ton find out more.

During July 1967, a number of people as far and wide as Hull, Bridlington, Hornsea, and Withernsea, saw a strange light in the sky, which moved towards the coast.

Staff on a pirate radio ship saw it above their vessel and reported it live on air, with thousands of callers calling in to state they could also see the craft.
By the end of the show, 3,000 listeners reported seeing it but it was never identified.

That was a bumper year for sightings around the world, but locally they started in January when Hull residents witnessed strange red lights over the Humber and across the city.

The coastguard confirmed they were not responsible for the lights and even launched to see if it was a stricken vessel in the Humber but nothing was found.

Others claimed the sighting was nothing more than a balloon.

The village of Welton was the scene of a bizarre encounter in July 1967.

A physicist professor from the University of Hull saw a bright white light land in a field near Welton.

He felt a vibration and heard a buzzing noise. He shielded his eyes because of the intensity of the light and next saw it airborne and heading across the Humber. The sighting was never fully explained away and remains a mystery.