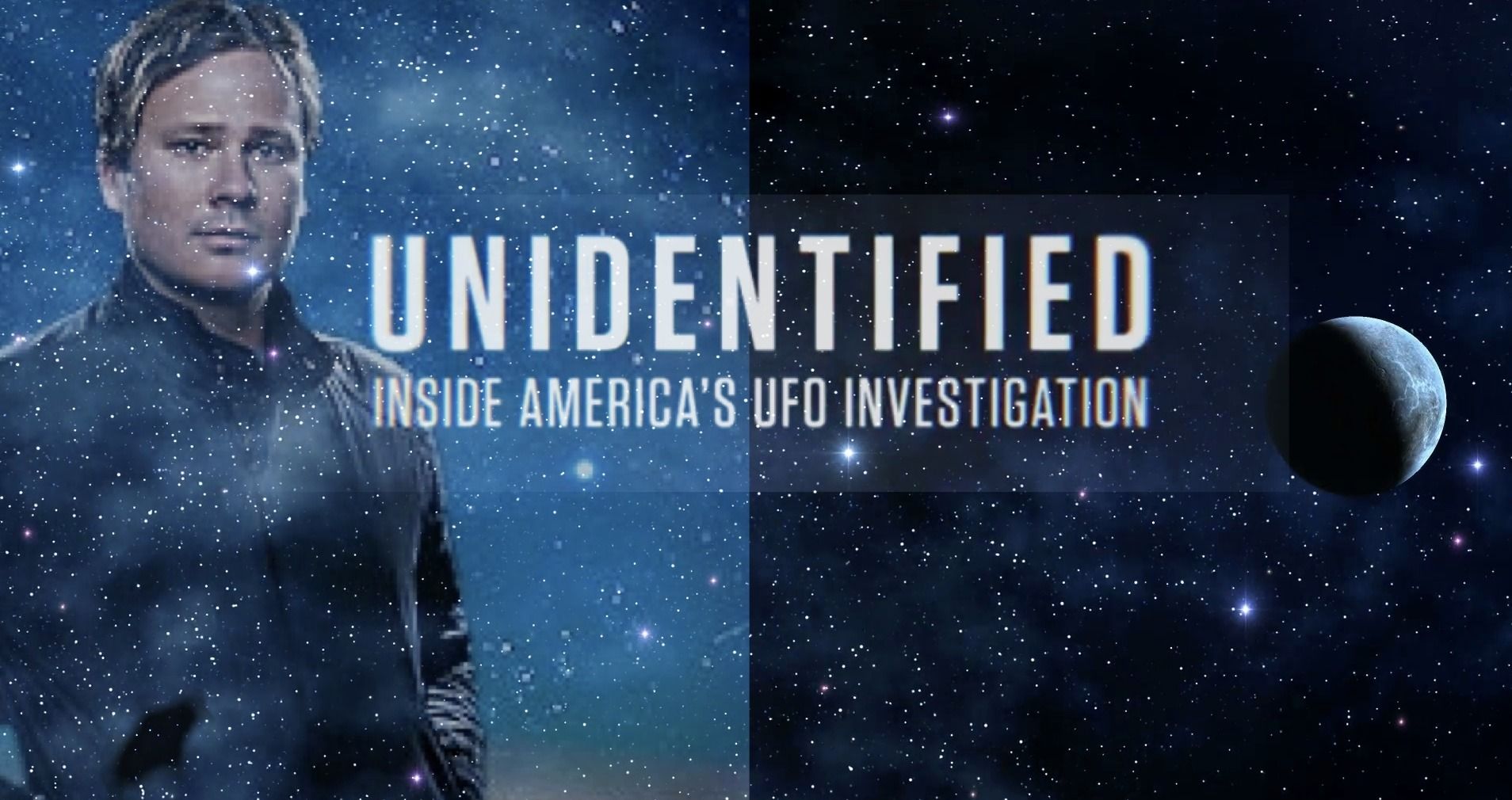 • ‘History’ (formerly ‘The History Channel’) is set to debut its new six-part docuseries entitled: ‘Unidentified: Inside America’s UFO Investigation’. The show basically follows the ongoing investigations by Tom DeLonge’s ‘To The Stars Academy of Arts and Sciences’ (TTSA), and introduce the Academy members as credible investigators and witnesses. With a former career intelligence officer (Luis Elizondo), a former Deputy Assistant Secretary of Defense for Intelligence (Chris Mellon), and multiple jet fighter pilots (David Fravor, et al), it becomes clear that research into what the hell UFOs are is more legit than ever.

• TTSA was formed in the fall of 2017. Elizondo left his Pentagon position and joined the TTSA team saying that the Department of Defense (DoD) was not taking the subject of UFOs seriously enough. They made a name for themselves in December 2017 when their efforts resulted in the New York Times revealing the Pentagon’s ‘Advanced Aerospace Threat Identification Program’ (AATIP) and releasing Navy cockpit video of UFO, including the infamous “Tic Tac” UFO from 2004. History’s Unidentified intends to provide insight into AATIP investigations and TTSA’s more recent discoveries.

• The first episode will review in detail this 2004 incident where F-18 fighter jets from the US Navy’s Nimitz carrier group off of San Diego encountered the remarkable maneuvering of a 40-foot long ‘Tic Tac’ UFO. The wingmate of the F-18 piloted by Commander David Fravor when they encountered the ‘Tic Tac’ UFO – who has declined any public interviews thus far – will give her own testimony in the initial episode regarding the incident.

• Unidentified has a similar feel as other investigation focused reality shows. But instead of wild speculation or leaps in logic that strain credulity, Unidentified offers a more grounded perspective on a topic that the general public typically regarded as “out of this world.”

• “Both Chris Mellon and Lou Elizondo are closely involved with what’s going on inside the Pentagon over the course of this last year,” said Executive Producer Anthony Lappe. “They consider that Navy announcement (on new UFO reporting procedures) to be a huge victory for sort of everything they’ve been doing behind the scenes and we were able to chronicle that.”

• Another episode will focus on the 1980 UFO incident on a U.S Air Force base in the Rendlesham Forest, in England. Elizondo says that there will be other astounding cases presented from the AATIP files that have not yet been made public.

The first episode of Unidentified: Inside America’s UFO Investigation on History Channel uses a familiar format to deliver an unprecedented investigation. UFO reality shows have come and gone, but what makes Unidentified unique is the credibility of the show’s investigators and witnesses. From a former career intelligence officer, a former Deputy Assistant Secretary of Defense for Intelligence, and multiple jet fighter pilots, it becomes clear that research into what the hell UFOs are is more legit than ever.

Unidentified follows the ongoing UFO investigations of Luis Elizondo and To The Stars Academy (TTSA). Elizondo is a former intelligence officer who resigned in October 2017. That same month, former Blink-182 frontman Tom DeLonge announced the creation of TTSA, an organization focused on researching the unknown with an impressive list of members. Elizondo was on that list. During the press conference announcing TTSA, Elizondo claimed he left his job at the Pentagon because one of his posts entailed researching military UFO cases and he felt the Department of Defense (DoD) was not taking the subject seriously enough.

Unidentified will be a six-part series. The first episode introduces us to the TTSA team members and covers a fantastic UFO encounter as told by the witness, all of whom were on active duty with the Navy when the contacts took place.

The New York Times article that broke the AATIP story also included details about one of the most exciting AATIP cases. Over several days in November of 2004, the Nimitz Aircraft Carrier Strike Group captured objects on radar that performed unusual maneuvers. During a training exercise, several F-18 jet fighters were diverted to get a closer look at one of the objects. Commander David Fravor got the best view. He describes seeing an object that looked like a 40-foot-long white Tic Tac that performed remarkable maneuvers. This case, also covered by Den of Geek, is reviewed in detail in the first episode of Unidentified.