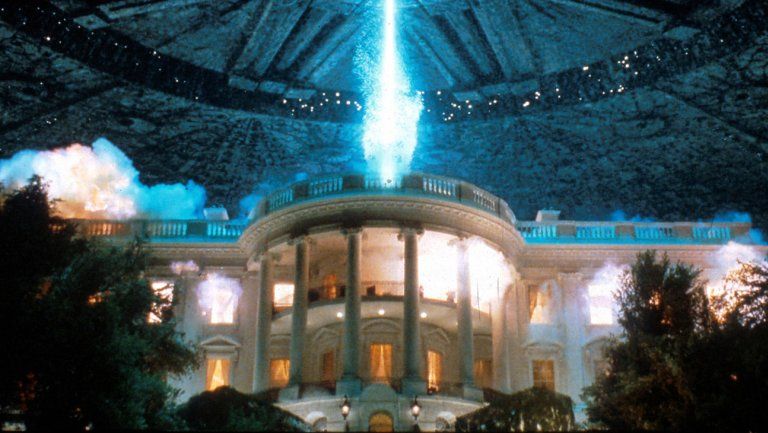 What If They Don’t Come in Peace? Three Alien Encounter Scenarios

• If there is contact between Earthlings and aliens, what would that encounter look like? Sociologists Michael Schetsche and Andreas Anton have tried to answer these questions in their book “The Alien Society. Introduction to Exosociology”.

• The first to speak of exosociology (and dub the term) was the Soviet astronomer Samuil Aronovich Kaplan in the late 1960’s. Exosociology is the study of possible paths that the future interaction between our Earth civilization and an extraterrestrial civilization could take, thus extending sociology beyond humanity giving it a universal scale.

• [Editor’s Note]   It is a depressingly narrow and naive view of potential human interaction with extraterrestrials to base such an encounter (as if it is yet to occur) on our own human track record of war and conquest on this planet. In truth, advanced extraterrestrial beings have been here for hundreds of millions of years or more, and are still here. Some are positive beings who primarily keep an eye on us hoping that we will make the right spiritual choices to advance in consciousness to a level where they may interact with us. Others are negative beings who have ignored the universal edict of non-interference with developing civilizations, and have already manipulated our Earth society toward the perpetual violence and economic subjugation that we experience today. Ironically, the discovery of advanced alien technology by the end of WWII resulted in the governing powers’ utilizing this technology in a competition for superior secret space programs, while keeping it all hidden from a populace that is conditioned to take pride in its own ignorance. Contrary to these self-proclaimed exosociologists’ assumption that an advanced negative civilization would want to lay waste to our Earth civilization, in truth, we humans are more valuable to them as oblivious, unenlightened, mind-controlled resources, stuck in a developmental cul-de-sac.

Is there life out there? Many wonder about this, but there are different opinions as to the likelihood of such a thing. But there’s another important question besides whether there is life out there. If there is contact between Earthlings and aliens, what would that encounter look like?

Sociologists Michael Schetsche and Andreas Anton have tried to answer these questions in their book “The Alien Society. Introduction to exosociology”.

Sputnik has spoken to Michael Schetsche, one of the authors of the study.

Exosociology, the doctrine that Schetsche and Anton based their book on, studies the possible paths that the future interaction between the terrestrial civilisation and another, also intelligent, but extraterrestrial, could take. As Schetsche pointed out, the first one to speak of exosociology was the Soviet astronomer Samuil Aronovich Kaplan in the late 1960s. In the book “Extraterrestrial Civilisations. Problems of Interstellar Communication” he and his colleagues analysed all of these issues and were the first to call this program exosociology. The science studies aliens from the terrestrial point of view thus extending sociology beyond humanity giving it a universal scale.

Inhabited Planets and Life in Harsh Conditions — the Causes of Eexosociology

According to Schetsche, the issue of extraterrestrial civilisations has become more important in recent decades for two reasons. On the one hand, humankind has come to know much more about habitable planets.
About 1% of t”We’ve known for about 20 years that the planets in the Universe are scattered everywhere. According to current estimates, we have 200-300 billion planets in our galaxy”, the scientist said. These planets orbit a star in an area where life is possible — known as a “habitable zone”. As a result, one to three billion planets could be inhabited.

On the other hand, research has shown that life is an “extremely robust” phenomenon. “Throughout the world, where appropriate conditions exist, different forms of life develop”. That’s why life may well exist in the Universe, despite the sometimes very severe conditions. “Nowadays, our scientific conceptions of the Universe say that it’s very probable that there are other intelligences besides the human, and that means that we could find them someday”, Schetsche said.
Signals, artefacts and direct contact

The sociologists used certain futurology methods and created a series of scenarios, that is, they determined some basic parameters and different scenarios of a meeting between humans and aliens. According to the scientists, there are three possible scenarios.

1. Remote contact. In this scenario, the Earth would receive a distant signal from an extraterrestrial civilisation. It is currently the only research scenario of the American SETI, which is searching for extraterrestrial intelligence. Schetsche considers that this research has defects because contact can also be made in other ways.

2. Indirect contact through an artefact. In this scenario, we would contact aliens in the Earth’s vicinity when discovering some ancient probe or suspicious space debris. It would be artefacts that demonstrate the presence of an extraterrestrial entity that would have visited the solar system long ago.

3. Direct contact. In this scenario, we would come into contact with extraterrestrials directly, with a flying object, containing aliens. It’s not been ruled out, however, that such a spacecraft could be directed by artificial intelligence or by some type of machine. What’s more important here is that through this there could be communication with an alien civilisation.