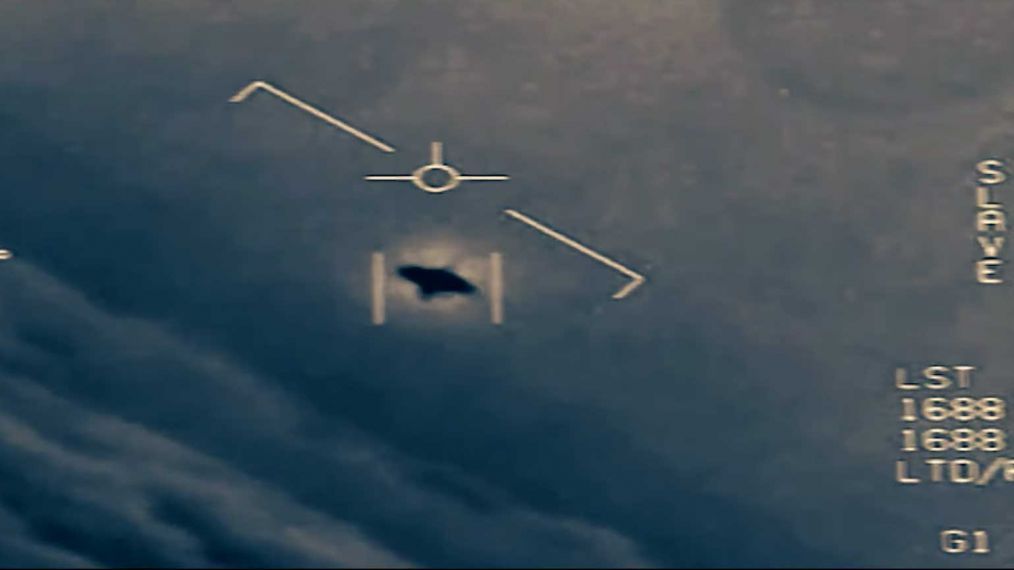 UFOs Are Real But They Might Not Be From Outer Space!

• Navy pilots recently interviewed by The New York Times and appearing in the History Channel documentary series: Unidentified: Inside America’s UFO Investigation, reported detecting several UFOs during flight training between 2014 and 2015. Their radars detected these UFOs flying at hypersonic speeds at altitudes just over 9000 metres (30,000 feet), despite having no obvious means of propulsion. UFO sightings along the Southeastern US coast and in the Persian Gulf have been reported by six Navy pilots. One of the pilots, Lt. Danny Accoin, said, “It seemed like (the UFOs) were aware of our presence because they would actively move around us.” None of the pilots suggested that the UFOs were alien in origin, however.

• Leon Golub, a senior astrophysicist at the Harvard-Smithsonian Center for Astrophysics, said the possibility of an extra-terrestrial cause “is so unlikely that it competes with many other low-probability but more mundane explanations,” such as “bugs in the code for the imaging and display systems, atmospheric effects and reflections, neurological overload from multiple inputs during high-speed flight.”

• As a rule, the more mundane explanation for UFO sightings is the logical one. The US Air Force’s Project Blue Book collected more than 12,000 sightings between 1952 and 1969. All but 6% were “explained” astronomical, atmospheric or human phenomena. The US National Science Foundation’s Project Ozma monitored two stars: Tau Ceti and Epsilon Eridani for six hours a day from April to July 1960. No signal was found.

• Seth Shostak, a senior astronomer at the Search for Extraterrestrial Intelligence Institute (SETI) said the UFOs could be drones from rival countries. Shostak also noted that these pilots began spotting the UFOs after their plane’s radar system was upgraded, which suggests that the sightings might be due to some software bug. SETI began as a government program under NASA, and continued as a private effort in 1993 when funding from the US Congress ended.

• The SETI Institute in a joint project with the University of California, Berkeley, built 42 individual telescopes that function as a single massive instrument to observe up to 1 million nearby stars for radio or optical signals. Dubbed the Allen Telescope Array, it began observations in 2007. Italy’s University of Bologna also has a radio SETI search, and Harvard University in Boston has an optical SETI search. So, while the US Air Force’s detection of UFOs might not be aliens visiting the Earth – the various SETI efforts around the world might just one day lead to such a discovery.

• [Editor’s Note]   Once again, the Deep State institutions are lining up to debunk what Navy pilots are seeing with their own eyes.  Seth Shostak and SETI along with Harvard-Smithsonian, are leading the charge toward abject unenlightenment and disinformation surrounding the extraterrestrial/UFO phenomenon. Despite the overwhelming evidence of UFO’s, or ET-controlled drone UFOs which is most likely, that are routinely operating in our skies, the Deep State is pushing hard to make sure that the mainstream public does not take this seriously, and to disregard it all as a ‘glitch in the technology’. ‘There’s nothing to see here. We have it covered. Move along. Move along.’

According to recent media reports, between 2014 and 2015, US Navy pilots detected several Unidentified Flying Objects (UFOs) during training. Their radars detected these UFOs flying at hypersonic speeds at altitudes just over 9000 metres, despite having no obvious means of propulsion.

In total, six pilots who were stationed on the aircraft carrier USS Theodore Roosevelt during that time period spotted UFOs during flights along the Southeast coast of the US, The New York Timesreported late last month.

The objects had “no distinct wing, no distinct tail, no distinct exhaust plume,” Lt. Danny Accoin, one of the pilots said. “It seemed like they were aware of our presence because they would actively move around us.”

Accoin had told the Times that although tracking equipment, radar and infrared cameras on his aircraft had detected the UFOs twice, he was unable to capture them on his helmet camera.

Meanwhile, Lt. Ryan Graves, the other pilot featured in the documentary said that a squadron of UFOs followed his Navy strike group up and down the eastern coast of the US for months. After the USS Theodore Roosevelt was deployed to the Arabian Gulf in March 2015, the UFOs reappeared.

Such accounts would surely fire up the imagination of those of us who are fascinated by the thought of extra-terrestrials visiting our planet. However before we get too excited about this prospect, it’s worth noting that none of the pilots interviewed by the Times suggested that the UFOs they detected were alien in origin.

So, what were they? Well, the pilots themselves thought that they might have been part of a highly-classified drone programme using cutting-edge technology. There are other possibilities.