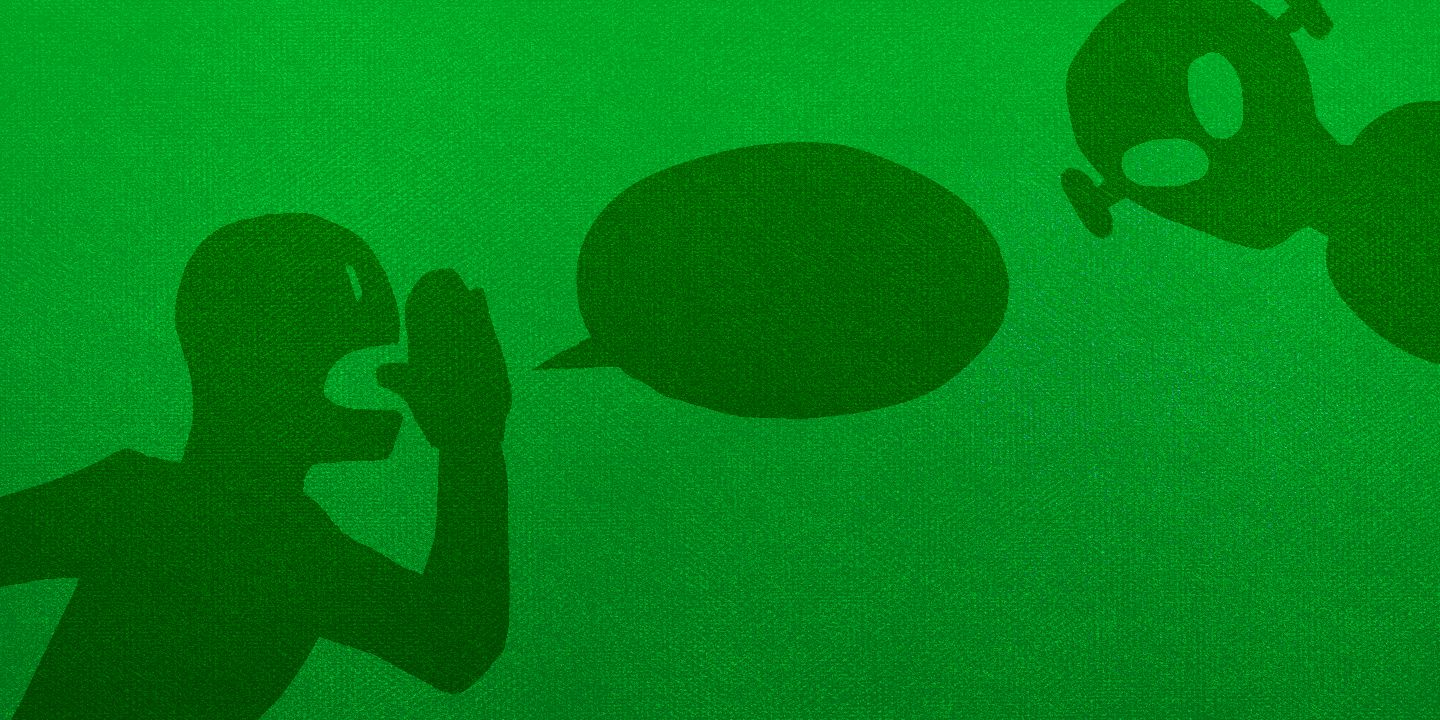 What Would We Say to Extraterrestrials?

• In July, London’s Royal Society and the U.K. SETI Research Network launched a survey on the subject of public attitudes toward alien contact. Martin Dominik, an astronomer at the University of St. Andrews in Fife, Scotland joined the discussion by advocating a legally binding framework in international law for responding to a signal received from an alien civilization. It would be prudent to make these policy determinations now, rather than sometime in the future in the midst of the inevitable media circus that would erupt with proof of other intelligent life in the universe.

• In 2015, SETI launched its ‘Breakthrough Listen’ project, funded by Russian-Israeli tech billionaire Yuri Milner. The project buys thousands of hours of time on the world’s most powerful radio telescopes over a ten year period to search over a million stars for artificial radio or laser signals. Merely listening for alien signals is known as “passive SETI”. The debate arises when SETI officials contemplate replying to an alien signal. So far, SETI has not found any alien signals.

• So why haven’t we found any alien signals coming from extraterrestrial planets? One reason is that SETI’s eavesdropping range can only go so far into the galaxy. Another possible reason is that other civilizations are maintaining radio silence because there is something big and bad and dangerous lurking out there in the dark, and they do not want to attract its attention. This theory is known as the “Dark Forest Problem”.

• Chinese science-fiction writer Liu Cixin is the author of the popular Three-Body Problem trilogy, which traces the calamitous consequences over 400 years of an alien-contact scenario, initiated by well-meaning human beings, that goes desperately wrong. Some astronomers look to this as a cautionary tale.

• In 2015, the American Association for the Advancement of Science debated whether it was wise for SETI (the Search for Extraterrestrial Intelligence) to actively send out signals to other planets. Should we advertise our existence, or is that just asking for trouble? After all, if 1950’s sci fi movies are any indication, they may be bug-eyed monsters intent on abducting half-naked Earth maidens. The scientists supported a declaration that a “worldwide scientific, political and humanitarian discussion must occur before any message is sent.”

• Should we be worried about marauding aliens coming to Earth? The current mainstream scientific consensus is that interstellar travel is virtually impossible because it would take too long to travel such distances to make it worthwhile. But we still have much to learn. We may be unaware of a type of physics and technology that would overcome the long distance obstacle. Therefore, distance alone might not be enough to protect us from any ill-intentioned bug-eyed monsters with a sufficiently high level of technology.

• Yuri Milner and SETI are working on another program called “Breakthrough Message” to craft a message that we could send in response to an alien signal. The program heads had pledged “not to transmit any message until there has been a global debate at high levels of science and politics on the risks and rewards of contacting advanced civilizations.”

• [Editor’s Note]   Once again, the Deep State asset known as SETI is furthering its mission to keep pumping out disinformation. They want the public to think that SETI’s unsuccessful search for alien civilizations means that there are no extraterrestrials in our cosmic vicinity, which is a lie. The universe, our galaxy, and our particular cluster of star systems is teeming with intelligent extraterrestrial life.  They are not only in communication with us but actively influencing our global reality, and not in a good way. The Deep State also wants the public to fear these extraterrestrials, so that when the ET presence is revealed, the public will turn to these compromised institutions to save us. But most of all, they want the public to be complacent in believing that the scientific community is on top of this, assuring us that if they do come across an alien signal, we will be the first to know. Don’t count on it.

Well, yes, it would make sense. But if the Bug-Eyed Monsters do send a message, would we really want to reply at all?

Bug-eyed monsters, generally portrayed carrying off half-naked Earth maidens with evil intent, were a standard feature of pulp science fiction in the 1950s. We are all more sophisticated now, of course, but fear of alien contact is not necessarily irrational.

The specific reason for Dominik’s remarks is a survey of public attitudes toward alien contact that was launched last month by London’s Royal Society and the U.K. SETI Research Network, but in broader terms it is a response to two important developments in the search for extraterrestrial intelligence (SETI) that occurred in 2015.

One was a debate at the American Association for the Advancement of Science convention in 2015 about whether “active SETI” was a good idea. Should we advertise our existence and publish our address to the cosmos, or is that just asking for trouble? Many of the scientists present backed a declaration that a “worldwide scientific, political and humanitarian discussion must occur before any message is sent.”