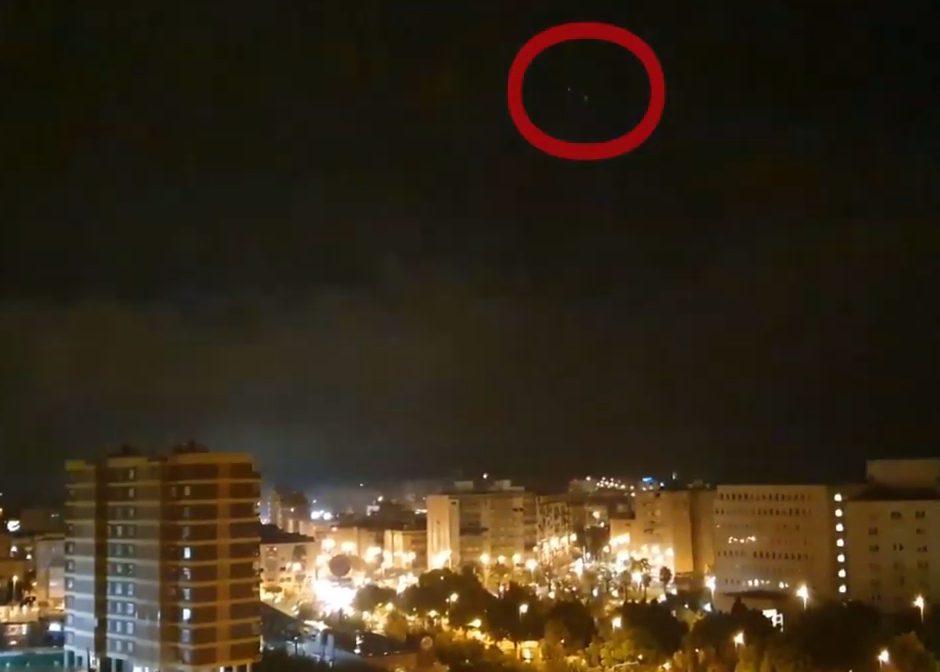 Why is NASA Investigating a UFO Sighting in Spain?

• In the early morning hours of September 14th, Alejandro Molla was awoken by a loud electrical storm over the city of Alicante, Spain. So he decided to take video footage of the impressive storm. While recording, something in the sky caught Molla’s attention. A fast-moving, silver saucer-like vessel darted across the sky and disappeared into the clouds. (see 4:57 minute video below)

• Molla sent the footage to the University of Alicante to be analyzed. The researchers noted an unexplainable object in the video. Interviewed by the Spanish news outlet, Agencia 6, Molla noted that his video could serve as proof of the first real UFO sighting in the city. The video was shared by Agencia 6 through its website.

NASA is reportedly investigating a UFO sighting during a torrential storm in Spain. Based on a video taken during the incident, a silver saucer-like vessel appeared during an electrical storm over a city.

Footage of the alleged UFO was captured by Alejandro Molla during a storm in the city of Alicante. According to Molla, he was woken up by the loud thunders during the storm. He then decided to film the sky using his mobile device, according to the Spanish news outlet Agencia 6.

While recording the storm, Molla said he saw something in the sky that caught his attention. Based on the video, a fast-moving silver-colored object darted across the sky and disappeared into the clouds during the lighting storm.

Molla sent the footage to the University of Alicante to be analyzed by researchers. After going through the clip, the researchers noted that they also saw an unexplainable object in the video.

Molla noted that his video could serve as proof of the first real UFO sighting in the city.

“It is an honor to be able to collaborate with some images that could be the appearance of the first UFO in Alicante,” he told Agencia 6.