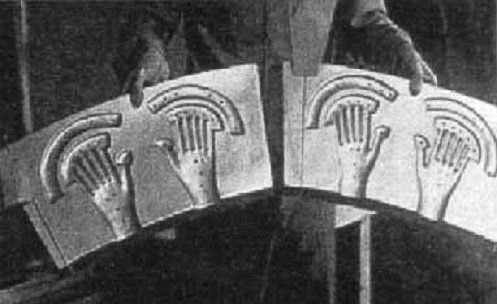 It’s great to see the topic of UFOs and extraterrestrials amass more credibility as the years pass. It receives little attention from the mainstream, at least beyond ridicule, so this may come as a surprise to some, but there are hundreds of high ranking people who have come forward to tell the world that UFOs are not only real, but also that some of them are in fact extraterrestrial in origin.

There are too many examples to choose from, such as a former Chief of Defence and Chairman of the NATO Military Committee telling us that “we are being visited, and have been visited by people from outer space.” More recently, Louis Elizondo, a former National Counterintelligence Executive and Director of National Intelligence, became the Director of Global Security and Special Programs for Tom Delonge’s recently launched To The Stars academy, just one week out of retirement.

Other high ranking executives from the intelligence and aerospace community have also joined this program, including Steve Justice, the recent director for Advanced Systems Development at Lockheed Skunk Works. They aim to let the world know that we are not alone, and that there are highly advanced technological objects in our atmosphere performing maneuvers that defy our laws of physics.

In a recent video of them speaking during a live broadcast, Elizondo mentions that through is work, he learned “the phenomenon is indeed real” and it deals with a physics we have yet to understand, and also that there are technologies within the Black Budget world that could benefit humanity.

“There is another way, whether it’s wormholes or warping space, there’s got to be a way to generate energy so that you can pull it out of the vacuum, and the fact that they’re here shows us that they found a way.” –  Dr. Jack Kasher, Ph.D, Professor Emeritus of Physics at the University of Nebraska

“Yes there have been crashed craft, and bodies recovered. . . . We are not alone in the universe, they have been coming here for a long time. . . . I happen to be privileged enough to be in on the fact that we have been visited on this planet, and the UFO phenomenon is real.”– Doctor Edgar Mitchell, 6th man to walk on the moon

For someone who hasn’t spent time researching this subject, it might be hard to believe that an actual extraterrestrial craft crash landed on planet Earth. But when you take into account the above statements, especially the most recent coming from Tom Delonge’s team, along with hundreds of thousands of documents that show these objects are commonly tracked on radar, and military jets are constantly scrambled to check them out, it becomes far more plausible.

The Roswell incident is one of dozens, if not hundreds of downed extraterrestrial craft resulting from human aggression. This is better explained by Paul Hellyer, Canada’s former Minister of National Defence: “Decades ago, visitors from other planets warned us about where we were headed and offered to help. But instead, we, or at least some of us, interpreted their visits as a threat, and decided to shoot first and ask questions after.”

Elizondo shares a similar story, stating that one of his jobs was to track and observe these objects, as he was head of the program which investigates “aeriel threats.”

To The Stars will be working directly with the U.S. government to release authentic videos and images of real UFOs to the public, but there are already many credible videos and photos of these objects, and it’s a shame they must come from a government authority in order for people to deem them credible. This is a problem within itself, as our government has deceived us on so many topics, on so many levels, making it extremely difficult to trust their intentions on any subject, be it UFOs or terrorism. For now, we’ll just have to wait and see where this initiative goes.

Again, threat is the main word here. It’s impossible to say whether these objects represent a genuine threat to humanity or not, but to assume they do without learning more is unwise.

There is evidence proving the existence of this kind of exotic technology that dates back to before the Second World War. A classic example would be the CIA keeping tabs on developments in Germany, as explained by this document, which looked into “a German newspaper” that “recently published an interview with George Klein, famous engineer and aircraft expert, describing the experimental construction of ‘flying saucers’ carried out by him from 1941 to 1945.”

Then there is the story of a large UFO hovering over L.A., which was witnessed by one million people. Dubbed the “Battle of Los Angeles,” it was an event that showed us how the U.S. military was learning to lie about UFOs five years prior to the Roswell Incident, which occurred in 1947.
So, as you can see, there is a lot to this.