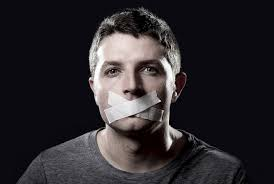 It’s Sunday morning. I could get dressed and go to church. Or not.

Instead, I am going to discuss something sacred with you. A sacred that scares me.

It’s a sacred that sometimes scares me silent. I am going to discuss a connection between ETs—Religion—Sex—and Secrets.

For much of my adult life, I worked in religion and education, where I attended mandatory sexual harassment and sexual abuse trainings. I was a Protestant interfaith university chaplain, faculty member, and counselor. I learned the signs and signals. How to report a predator. How to recognize an abused student. The extent of my legal and moral responsibility.

So why feel scared? Because the act of speaking up about sexual abuse is so big. And by big I mean the relationship between children and adults. When a young child is abused by an adult, the child is small and the adult is big. So Big. In abuse, the adult-child relationship is distorted and magnified. The adult feels bigger. The child feels smaller.

Sexual abuse may mark the beginning of a child’s relationship with authority. An authority that intimidates, deceives, tricks and hurts when it involves sexual abuse. But an authority that also shows the child affection and affirmation. The child is left confused by these mixed messages—often for a lifetime.

You hurt me. But you love me. You scare me. But you act kind. You force me. But you talk softly. These are seeds of traumatic confusion that take root in an individual life. And those individual lives rooted in abuse eventually meet one another. When abused people gather, they gradually build a power structure. These community structures become institutions inhabited by those who were themselves abused.

Abuse is the secret silent membership requirement. Abuse is the ticket to move up in the ranks of leadership.

Because, when you are abused as a child, then you want to become your abuser. You want to grow up to be powerful. An authority figure.  An expert. A leader. Infallible.  It’s your familiar. It’s your world. It’s your path into adulthood through the only system you know.

Children grow up and as adults, they participate in communities—families as well as sectors of society such as law, finance, religion, business, government, education.

If an organization wants to increase their power and control—then they institutionalize the abuse of children. Start it early. Continually indoctrinate. Even blackmail. The child becomes an adult with a distorted view of authority. They are trained to become abusing authorities when they grow up.

As an ET experiencer since childhood, I learned to stay silent. Still today I read the “Don’t Share” signs that others hold up. So I hold back. Swallow my story.

Yet, as an ET experiencer, I was also drawn into circles of community with other experiencers. Mostly we talked about our ET self—our visitations, our messages, our guidance. I felt like a plug was pulled. In those groups, all our stories poured out. Because, it was safe.

As I poured out my soul, shared my ET experiences—something grew within me. I matured. I found my voice.

And in the process, my Secrets Shattered.

My secrets shattered and everyone in the ET experiencer community who found a voice shattered their secrets too. Eventually, I heard ET voices everywhere—in books, films, blogs, social media, radio, television, small circles of conversation and large conference presentations.

The Extraterrestrial-UFO movement is about speaking secrets. Sacred secrets about who we are as humans and how we form ourselves into community.

Exoconscious Humans Speak Secrets. We give voice to the confusion and trauma in our personal life. This releases us from the frames of institutions and authorities that defined us—literally FRAMED us.

Free of framing, the Exoconscious Human first moves within. Not without. We, as ET Experiencers, cannot create outer forms until we know our inner being. That is where our sacred seed resides. Our sacred seed is vulnerable and puny, yet powerful potential when planted and nurtured.

Our awful collective truth is that our sacred seed was scared, tricked, abused and indoctrinated in many Earth institutions. All of these institutions must be identified, dismantled and discarded.

The Brookings Institute’s 1960 report to NASA about Implications of Discover of Extraterrestrial Life was correct.  It claimed that religion and especially science would be “devastated” by the ET Presence.

Since these professions (science) are most clearly associated with the mastery of nature, rather than with the understanding and expression of man.

I would add that devastation will quickly spread outward from science though all sectors of society.  The devastation of disclosure will spread to the old stories we told ourselves regarding our creation, our cosmology and the institutions formed around those stories.

It will not work. That is our ET disclosure reality.

The Garden of ET

So what will work?

Religions formed around this story. If you make humans feel ashamed and afraid, they will follow your God. Or you and your organization, tribe or sovereign country. The quickest route to accomplishing fear and shame is through child abuse. Institutionalized child abuse.

As we grow into our Exoconsciousness—our ET identity— we gain clarity regarding our power to change our story, cosmology, and institutions.  What can we do?

The Garden of the Exoconscious Human

The ET-UFO community is a primary force in our collective human unveiling. Uncloaking. We join with other awakening communities.

First step, we take off our individual cloaking. We see who we are. Maybe for the first time in our lives we see ourselves as ET. Star Stuff.  Visible.

ETs are not cloaked. Humans are cloaked. And it’s time to let go of the garments that no longer serve us.

We drop our confused cloak of another’s authority over us.

We drop our wounded cloak as a victim of abuse and violence.

We drop our drama cloak of dreams shattered by tricks and deceit.

We drop our slavery cloak suspended to spurious stories.

And we stand naked and exposed. To ourselves and to others.

The institutionally adorned Emperor’s clothes—our clothes— collect in a heap at our feet. The Emperor’s clothes we once wore no longer fit. We are the abused who became an Emperor. When we release the clothes—the Emperor disappears. Gone.

For a time, for sure, we will feel vulnerable, lost and confused. Then gradually we will awaken enough to come together and try on new collective forms. See if they fit or not. And if they do not fit, then we will discard them.

This human transformation that we ET Experiencers started may unfold beyond our lifetime. The sacred truth is that whether we like it or not—we are transforming, together. Some will be scared. Some will be angry. Some will be in deep despair. Some may long for the old forms that do not fit.

But one by one, all find their mature footing, becoming an Exoconscious adult.