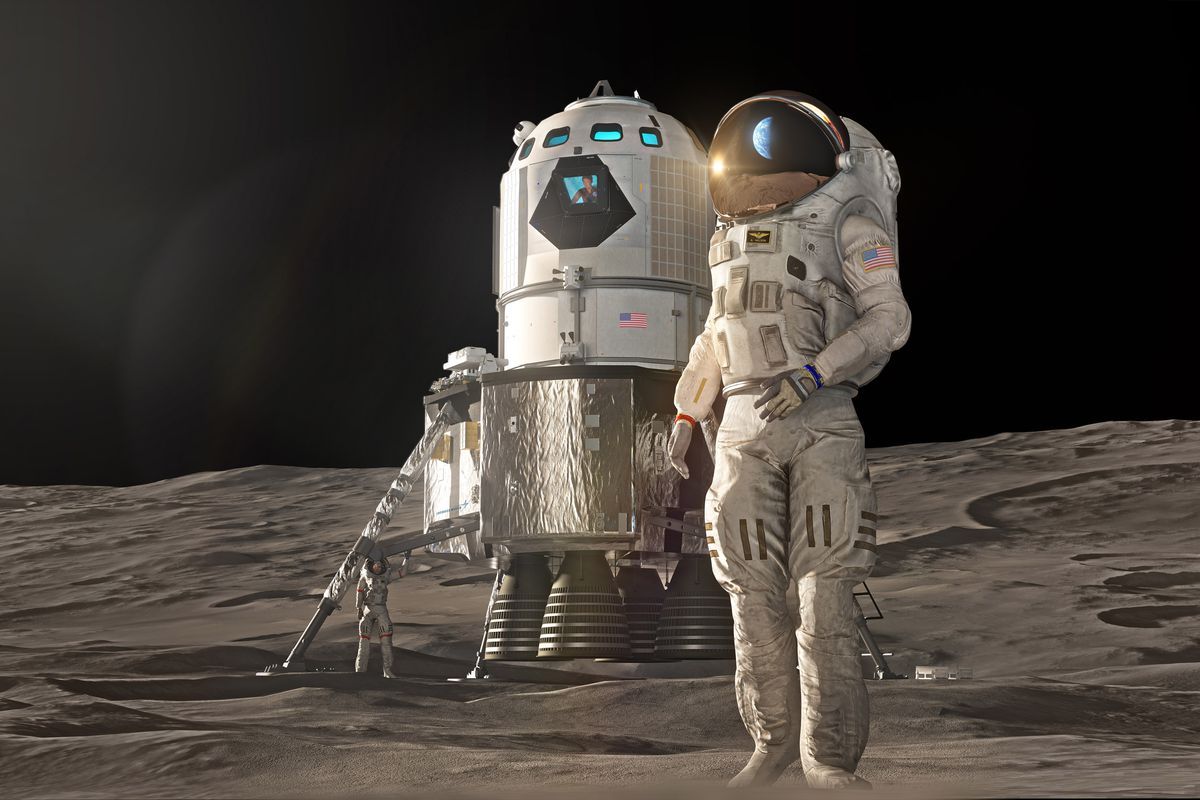 • Knowing how radiation on the Moon affects the body is critical for long-term missions. The next generation of US astronauts is expected to return to the Moon by 2024 with NASA’s Artemis program. By 2028, the NASA hopes to establish a “sustained presence” on the Moon. But the further we travel into the solar system, the more that space radiation becomes a major threat. A journey to Mars, for instance, would last between six and eight months and expose astronauts to unprecedented levels of radiation.

• In January 2019, the Chinese Chang’e 4 probe, which landed on the far side of the Moon, took the first measurements of radiation levels on the lunar surface. The Moon might also be more hazardous than previously thought. According to the data received from German-built Lunar Lander Neutron and Dosimetry (LND) instrument attached to the Chinese probe, the Moon’s radiation levels are 60 microsieverts per hours, or more than 200 times higher than the radiation measurements on Earth.

• In space, most radiation is high-energy protons streaming from the Sun, traveling 93 million miles in less than an hour. On Earth, the planet’s magnetic bubble, or the ‘magnetosphere’, protects us from most of this radiation. But in space, spacecraft and spacesuits are much more vulnerable.

• Astronauts flying to the Moon would be exposed to the radiation for many days, which represents an additional risk. Ruthan Lewis, an engineer for NASA’s human spaceflight program, said, “The danger of radiation is always present, whether you’re in orbit, in transit, or on a planetary surface.” Christine Hellweg from the German Aerospace Center noted that by studying and preventing an astronaut’s exposure to radiation, their risk of getting cancer and other diseases could thus be reduced during long-term stays on the Moon. Dr Wimmer-Schweingruber of Kiel University added, “[I]f a manned mission departs to Mars, the new findings enable us to reliably estimate the anticipated radiation exposure in advance.”

• These findings will be critical for future missions to the Moon and Mars. Robert Wimmer-Schweingruber says, “We humans are not really made to withstand space radiation. “[A]stronauts can and should shield themselves as far as possible during longer stays on the Moon, for example, by covering their habitat with a thick layer of lunar soil.”

The Moon is the farthest humans have ever travelled beyond Earth, starting and ending with NASA’s Apollo programme in the 1960s and 1970s.

Further travel into the solar system is fraught by many perils, technological and natural alike, with space radiation being a major threat. A journey to Mars, for instance, would last between six and eight months and expose astronauts to unprecedented levels of radiation.

But the first measurements of radiation levels on the lunar surface show the Moon might also be more hazardous than previously thought.

The measurements were carried out in January 2019 by the Chinese Chang’e 4 probe that landed on the far side of the Moon.

In a new study published in Science Advances, Chinese and German scientists have reported the data the probe has collected.
And the results are stark – the Moon’s radiation levels are more than 200 times higher than on Earth.

The data was then used to calculate the so-called equivalent dose, which is the measure of the biological effect of radiation.

But in space, spacecraft and spacesuits are much more vulnerable.