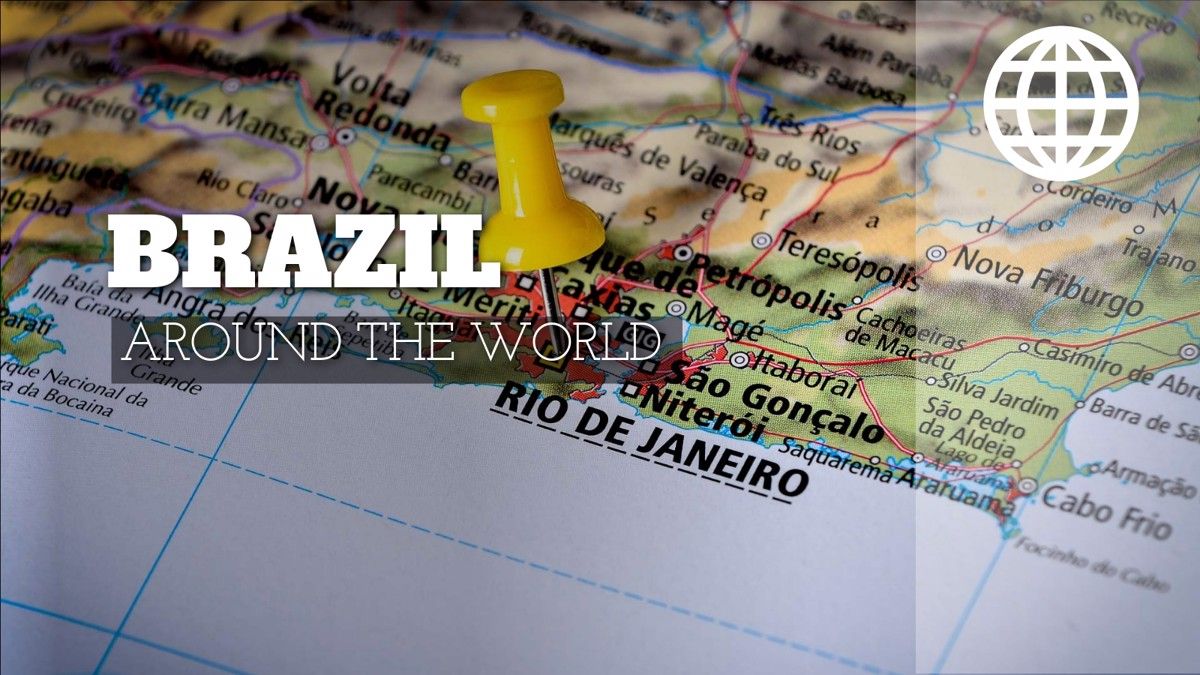 People Are Convinced of a UFO Crash in Brazil

• Thousands of residents in the municipality of Magé, just north of Rio de Janeiro, reported seeing glowing lights in the sky on Wednesday (May 20), with many uploading videos to Reddit and Twitter. The clips appear to show a flashing, circular orange light moving through the night sky.

• According to Brazilian news site UOL, the local authorities and the Brazilian Air Force have no records about any UFOs seen on Wednesday. But the conspiracy about a cover-up was gaining even more traction, newly fueled by a Google Maps link showing a white (glowing) UFO-shape covering Magé. “What people are seeing in the imagery is a reflection that’s temporarily overloading the satellite’s sensor,” said a Google spokesperson. “Essentially, the sun reflected off the surface of that building just at the right angle to briefly blind the satellite. This is a pretty common phenomenon known as saturation or blooming.”

• [Editor’s Note]   This article is about a glowing orange orb moving through the night sky in Magé, Brazil on May 20th. Could it be a rescue party looking for the red orb that was shot down near Magé on May 12th with three “humanoid” occupants?

The city of Magé is in the state of Rio DeJaneiro, just north of the city of Rio DeJaneiro on the southern coast of Brazil. In her ‘Earthfiles’ YouTube posting of May 27th, Linda Moulton Howe reported on the “high strangeness” going on in Magé. (see video below)

According to Linda Moulton Howe, U.S. military satellites detected unexplained aerial phenomenon along the Brazilian coast on April 20th. On April 21st the U.S. DoD advised the Ministry of Defense and the Joint Chiefs of Staff in Brazil to intensify the air patrol in the vicinity of Rio DeJaneiro due to UFO activity there. On May 1st, Brazilian radar detected UFO activity in the state of Rio DeJeneiro. They had zeroed in on this area when the incident of May 12th occurred.

In the early hours of May 12th, local residents of Magé heard the sound of helicopters. When they went outside, they saw in the night sky two helicopters chasing a red orb darting around over the city. Soon, two more helicopters joined the chase and managed to shoot down this glowing red UFO. The next two days, May 12th & 13th, the military cordoned off the area of the woods where the UFO was shot down. Aircraft were constantly circling over the crash zone.

The Brazilian military informed the U.S. military that a UFO was downed in the woods near Magé. U.S. Space Force General John ‘Jay’ Raymond deployed 20 Special Forces military personnel to the woods north of Magé. The U.S. Special Forces arrived at the crash site In the early morning hours of May 13th. They verified that the object was a damaged UFO craft with three humanoid occupants. Apparently, one of the occupants, about 6’-6” tall, ran away. The Special Forces tracked the humanoid being down and killed it with an energy weapon. The other two occupants were taken alive. On May 14th, the beings and their “displacement devices” were transported to an unknown U.S. base.

It’s safe to say the internet is obsessed with aliens and UFOs. Last year, a plan to storm Area 51 – because

Thousands of residents in the municipality of Magé, just north of Rio de Janeiro, reported seeing glowing lights in the sky on Wednesday (May 20), with many uploading videos to Reddit and Twitter. The clips appear to show a flashing, circular orange light moving through the night sky. There’s also a video which supposedly shows the UFO on Earth, but which looks very suspiciously like a colander.

As reported by VICE, shortly after #MageUFO began trending on Twitter, the hashtag disappeared, leading enthusiasts to suspect foul play. Over on the r/UFOs Reddit page, posts about the Brazilian UFO also seemed to vanish.