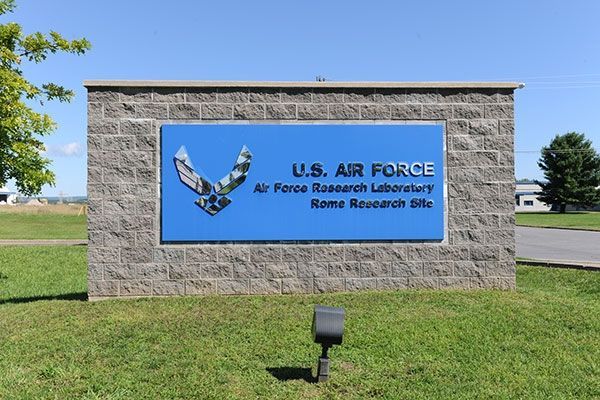 • Rome Lab, the Air Force’s ‘super laboratory’ for science and technology, was praised by a Pentagon official for its key role in quantum technology research. Assistant secretary of the Air Force for acquisition, technology and logistics, Will Roper, said during a keynote session that Quantum technology is “one of those potential game-changers.” “What we hope to do… with Rome Lab leading the way, (is to) get that quantum technology over the goal line and into the warfighter’s hands,” said Roper.

• Roper praised New York Congressman Anthony Brindisi for the work being done at Rome Lab, formally known as the Air Force Research Laboratory (AFRL) Information Directorate, and spoke about the importance of research for quantum development and the funding to support it.

• Quantum technology is considered an emerging field of physics and engineering, which relies on principles of quantum physics. Among potential impacts of quantum technology include GPS-like precision in locations where there is no GPS signal or it is severely degraded; ultra-secure global communication networks; high-precision sensors linked together with a quantum network; new computing paradigms for optimization of asset and resource allocations, discovery of new materials, and novel applications of artificial intelligence.

• Congressman Brindisi expressed the importance to bring together small business, industry, and academia with Department of Defense labs for “faster and more efficient development of quantum technology.”

• Rome Lab Director Colonel Timothy Lawrence said the event will hopefully be a “step in the right direction” for giving the Air Force, Space Force and the nation what is needed regarding quantum development.

Rome Lab’s key role in quantum technology research was praised by a Pentagon official during a two-day event aimed at enhancing small businesses’ involvement in the initiative.

Quantum technology is “one of those potential game-changers,” said Will Roper, assistant secretary of the Air Force for acquisition, technology and logistics, during a keynote session Monday for the virtual quantum collider pitch event.

“What we hope to do…the Air Force and the Space Force, with Rome Lab leading the way, is put year-after-year routine demand, routine challenges…routine funding to

bring Q-Day, the day we get that quantum technology over the goal line and into the warfighter’s hands…where we bring that early,” said Roper.

Earlier in the session after Congressman Anthony Brindisi spoke about the importance of research for quantum development and the funding to support it, Roper said “I applaud you for thinking ahead and making sure that all quantum roads lead to Rome…and really appreciate all the work the lab is doing in your district.” Rome Lab, based at Griffiss Park, is formally known as the Air Force Research Laboratory (AFRL) Information Directorate.

Roper was among several speakers at the event, which included small businesses in private 20-minute pitch sessions with senior officials for novel approaches to advance quantum-enabling technology and/or applications. The AFRL program called for awarding up to 36 contracts and up to $5.4 million to small businesses in this phase of the initiative.