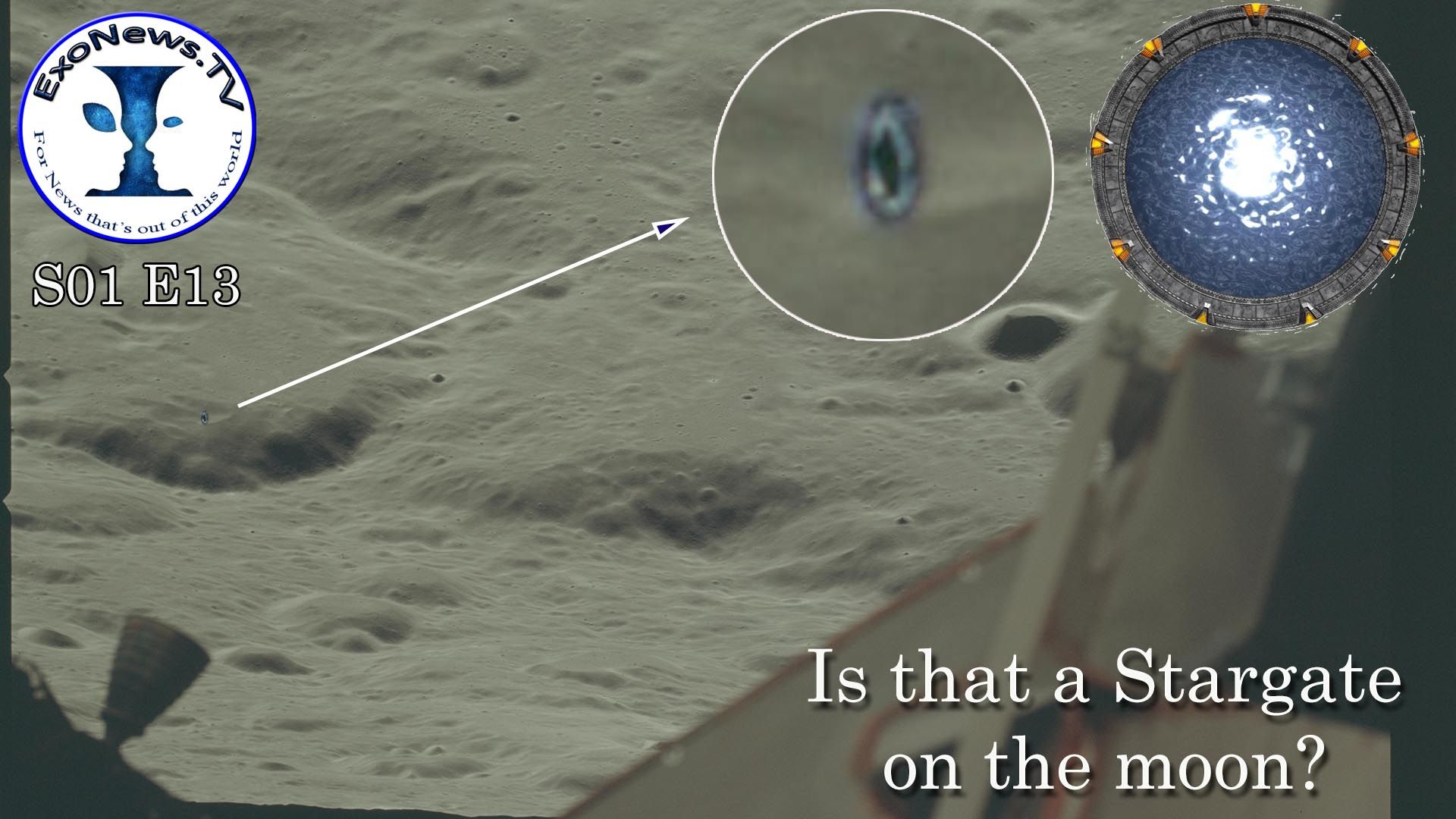 The latest episode from ExoNews TV examines a high resolution photo from the Apollo 17 mission (AS17/AS17-151-23127) that shows a strange glowing object on the surface of the moon. The object appears to be a space portal of some kind with an eery blue glowing ring around a central darker portion. The object looks similar to the travel device depicted in the fictional television series – Stargate SG-1. The photo was taken from the vantage of the Apollo lunar lander. Could Apollo 17 have photographed a stargate on the surface of the moon, or is it just a strange anomaly caught on camera?

Video examines the theoretical basis for traversable wormholes and the claims by South American contactees that extraterrestrials use stargates called “Xendra” for transporting themselves and contactees large distances through space and time. Sixto Paz Wells for example claims that in 1974 he walked through a Xendra created by extraterrestrials that instantly transported him to Ganymede, one of Jupiter’s moons. The stargate only existed temporarily as a projection from the extraterrestrial ship. Watch episode to learn more.

Apollo 11 photo reveals base on far side of moon
Neil Armstrong dies along with secrets of what he saw on moon
NASA caught deleting UFO photos from its website
Did Neil Armstrong receive death threats to keep moon secrets?
Is the US Congress investigating alien bases on the moon? (Photos)
Total
0
Shares
Share 0
Tweet 0
Pin it 0
Share 0