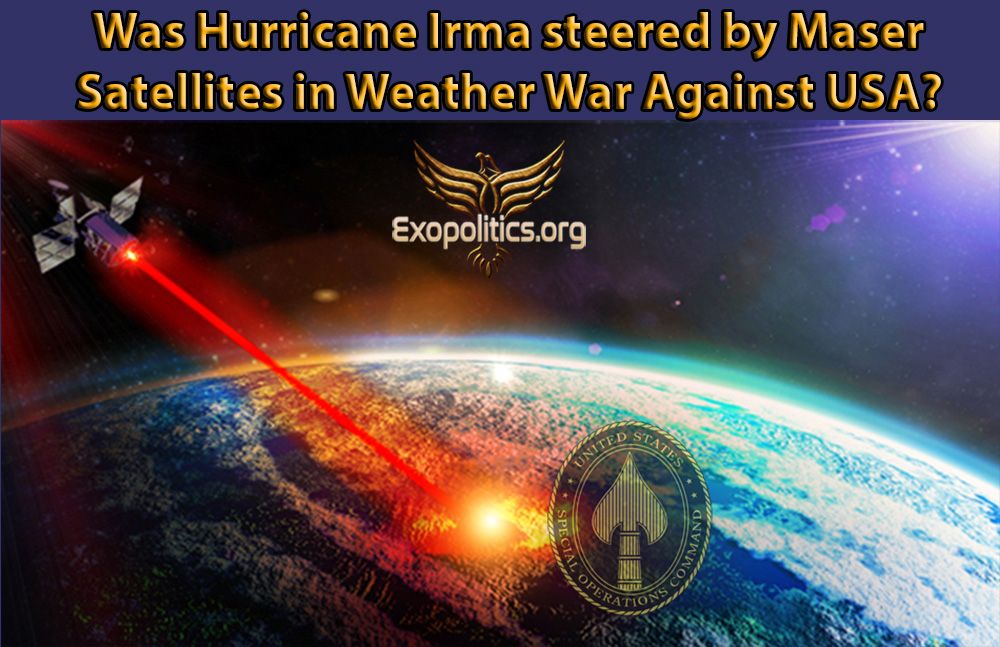 Video: Was Hurricane Irma Steered by Maser Satellites in Weather War against USA?

Into the early morning hours of September 11, Hurricane Irma lashed the Tampa Bay REGION of Florida for nearly four hours with its destructive force. Not only has Irma caused millions of civilians to flee Southern Florida, but has also led to the mandatory evacuation of military personnel from Tampa’s MacDill Air Force Base, home of US SPECIAL Operations Command. In a series of four previous articles, I showed how Special Operations Command was linked to flying triangle-shaped craft possessing antigravity technology photographed near MacDill as Irma approached. The flying triangles were allowed to be photographed near MacDill in a policy decision influenced by the approach of Irma, either as a policy response, hurricane mitigation effort, and/or to ascertain who was steering the hurricane.