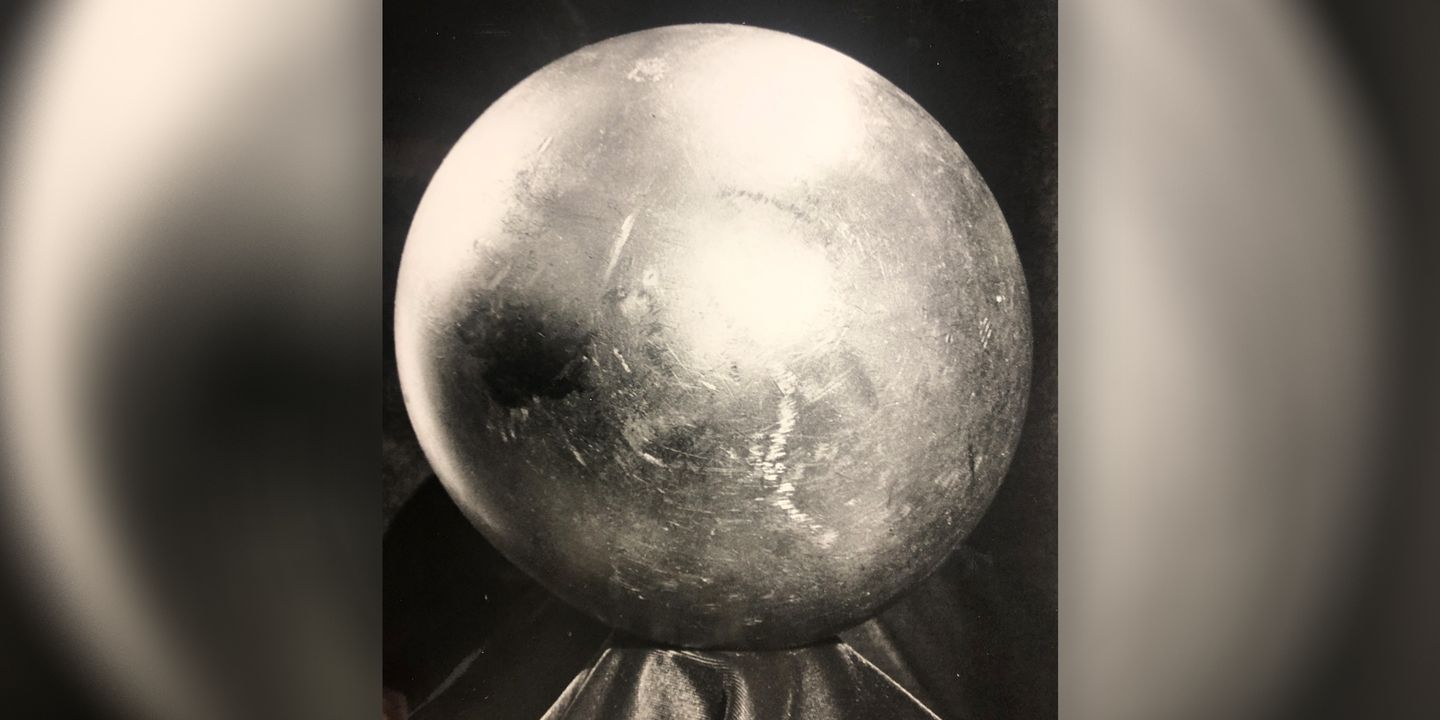 • In 1974, the Betz family moved to a home in Fort George Island, Florida, at the beach near Jacksonville. In the yard of the house they discovered a 30-pound shiny metal sphere. They assumed that it must be a cannonball from Renaissance-era Spanish colonizers in the area, although it is unlikely that Spanish missionaries would have cannons. Curiously, the sphere was clean and free of corrosion. It appeared to be made of stainless steel or silver plate, although 16th century Spaniards would have used iron.

• The family soon discovered that the sphere behaved autonomously – rolling by itself, making noises, and vibrating. They noticed that it made a throbbing noise in reaction to guitar music. It reportedly moved “intensely” when the sun shone brightly. When it was rolled in one direction, it would change direction midway and head back to the person who rolled it. Gerri Betz claimed that when the family dog got next to the sphere, “she began to whimper and cover her ears with her paws, something I’ve never seen her do before.” An expert from a research firm in Baton Rouge, Louisiana examined the sphere and found “radio waves coming from it and a magnetic field around it,” according to Gerri. Could it be alien technology?

• The US Navy analyzed the sphere at Jacksonville Naval Air Station. A x-ray managed to penetrate the steel. A Navy spokesman remarked, “We do know it is not an explosive and presents no hazard.” “I say it came from Earth.” Upon examining the metal sphere, renowned ufologist J. Allen Hynek agreed the object was manmade.

• The Betz’ accounts of the sphere’s spontaneous motions and noises made the local news and continued to inspire UFO origin theory believers. Seeing the steel ball on television, the president of a Jacksonville equipment supply company compared it with a stainless steel ball he kept in stock. He produced a Bell & Howell stainless steel ball that was 8 inches across and weighed over 21 pounds—almost the same size as the sphere. It is also unlikely that an advanced alien technology would use a steel alloy 431 used in fasteners and bolts on Earth. And not even a solid steel ball would remain unblemished after falling through the Earth’s atmosphere as suggested.

• As for the noted strange behaviors of the sphere, which have been festooned with extra details over years, experts say the sphere was probably rolling on an uneven floor. Said a Navy spokesman, “I believe [the sphere moved] because of the construction of the house. It’s old and has uneven stone floors. The ball is almost perfectly balanced, and it takes just a little indentation to make it move or change direction.” UFO theory stalwarts attributed the spontaneous motions and vibrations due to having different sections of different materials inside the alien sphere, making it unknown to terrestrial science despite being coated in a carefully human-developed steel alloy.

• It’s easy to see how a regular family in Florida would decide a strange object in their yard had some kind of improbable alien properties. The 1970s were a heyday for UFOs, new religious movements, and transcendental meditation – a heady mix for people to run with some wild ideas. Such a legend could grow very quickly.

Island, Florida in 1974. It’s a metal sphere that’s a little smaller than a bowling ball (a diameter of 8 inches), but a solid 8 pounds heavier than even the sturdiest professionals use (22 pounds).
The Betz family said the sphere acted of its own accord, moving and making noises. What does this surprising backyard shotput have to do with conspiracy theories? Is it some kind of autonomous cannonball? Could it actually a piece of alien technology?

After a fire destroyed their property in March 1974, the Betz family found the bizarre metal sphere in their yard and believed it was a historic cannonball from Florida’s Renaissance-era Spanish colonizers, Skeptoid explains. But the sphere was clean, free of corrosion, and shiny. Weaponry in the Spanish colonial time period, unlikely from Florida’s missionaries to begin with, would have been iron or stone—not stainless steel or silver plate.
When the family took the sphere home, they said, it started to behave by itself. Their accounts were of the sphere rolling by itself, making noises, and vibrating.

From Wonderful Engineering: “Terry, the son of Antoine and [G]erri Betz, was playing guitar and found

that the sphere reacted to the sound of the guitar and made a throbbing noise which scared the family dog. Things took an even odder turn when they were sitting on the floor and rolling the sphere towards one another. When it was sent in one direction, it would change direction midway and head back to the person who rolled it.”
In an April 1974 interview with the St. Petersburg Times, Gerri Betz said when the family dog got next to the sphere, “she began to whimper and cover her ears with her paws, something I’ve never seen her do before.”

The Betz family suspected solar radiations affected the sphere, which may have been why it reportedly moved “intensely” when the sun shone brightly, according to Wonderful Engineering. Eventually, the U.S. military got their hands on the sphere to analyze it for more answers.

When an expert from a research firm in Baton Rouge, Louisiana examined the sphere, he “found radio waves coming from it and a magnetic field around it,” Gerri Betz told the St. Petersburg Times. Then, the U.S. Navy analyzed the sphere at Jacksonville Naval Air Station. A Navy spokesman told the St. Petersburg Times that the Navy’s first X-ray attempts failed because its “machine wasn’t strong enough to penetrate the steel, but two subsequent tests showed the contents of the globe.”
|
READ ENTIRE ARTICLE