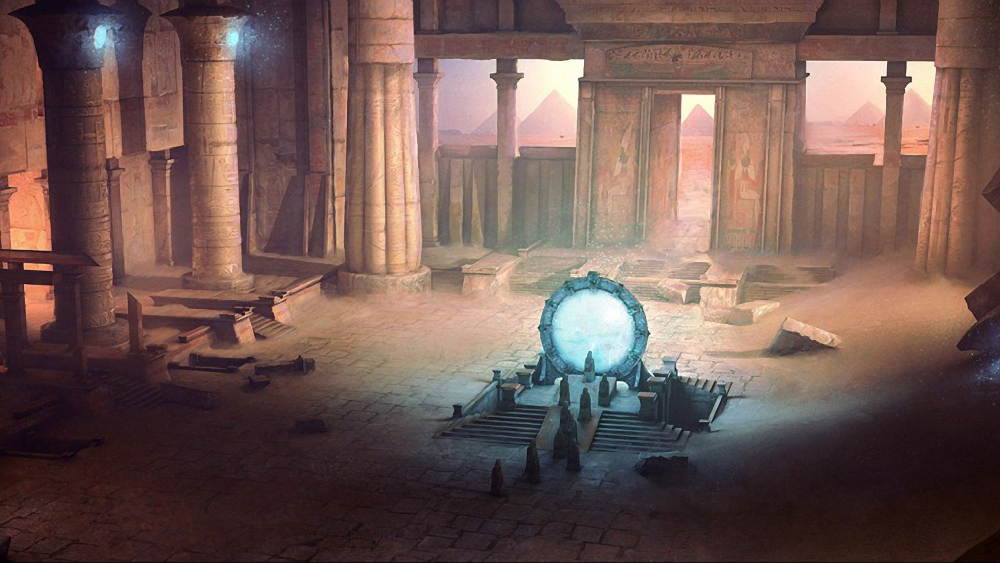 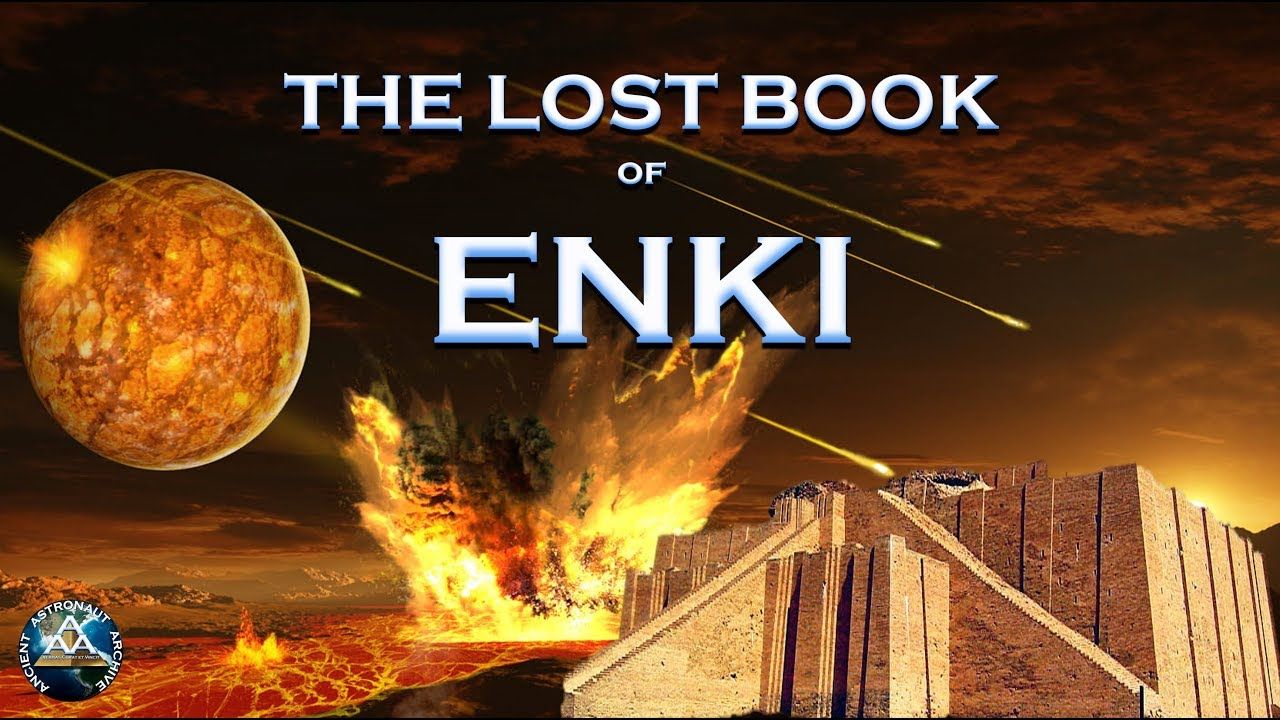 Great Pyramid Constructed by ‘Extraterrestrial God’ Based on Ancient Texts

• Ancient alien theory author Zecharia Sitchin has analyzed and translated ancient texts from the Egyptian, Babylonian and Assyrian ages. He reveals a particular passage from The Lost Book of Enki that indicates that a Mesopotamian “god” named Enlil built the Egyptian Great Pyramid himself, ‘filled with chambers and “pulsating crystals”’. Thus, as the translation reads, “The sunlight to the horizon it reflected, by night like a pillar of fire it was. The power of all the crystals to the heavens in a beam it focused.”

• Scientists have discovered that the pyramid can concentrate electromagnetic energy in its internal chambers and under the base. Conspiracy theorists point to Sitchin’s translation to show that Enlil bestowed the pyramid with an untapped energy. One ‘truther’ argues that the pyramid could be used as a transporter, writing: “If you stood in the shaft by the King’s Chamber when the Earth was aligned for maximum electromagnetic energy, it will transport a human across the universe.” Experts now want to discover whether the structure can be fitted with technological devices, such as solar cells.

• “Aliens chose this location for a reason,” theorists explain. The geographic co-ordinates for the Great Pyramid are 29.9792458°N, and the speed of light is 299,792,458 metres per second. Humans could not even measure the speed of light with this precision until 1950. “This striking similarity is difficult to accept as a coincidence.”

Conspiracy theorists have long argued that “ancient astronauts” visited the Earth thousands of years ago and bestowed Egyptians with advanced scientific knowledge.

But some argue that one god built the pyramid himself – and point to one particular passage from The Lost Book of Enki.

In it, author Zecharia Sitchin analyses and translates ancient texts from the Egyptian, Babylonian and Assyrian ages.
There is one particular section that conspiracists draw on to prop up their theory.

It describes a Mesopotamian god called Enlil building the pyramid, filled with chambers and “pulsating crystals”.
It reads: “When this artful peak to the heavens rose, to place upon it the capstone the leaders were invited.

“Of electrum, an admixture by Gibil fashioned, was the Apex Stone made.

“The sunlight to the horizon it reflected, by night like a pillar of fire it was. The power of all the crystals to the heavens in a beam it focused.”

Scientists earlier discovered that the pyramid can concentrate electromagnetic energy in its internal chambers and under the base. 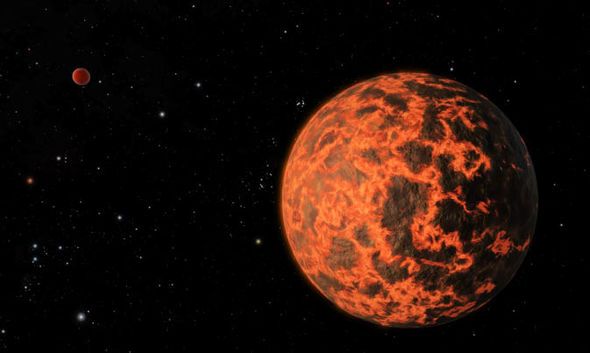 • The theory of a large planetary object called Nibiru that will either pass very close to or collide with Earth have persisted since 1995 when Nancy Lieder, a Wisconsin woman who claimed to be in contact with the Zetas, an ET group from the Zeta Reticuli star system, said that Nibiru, aka ‘Planet X’, would pass through the inner solar system in May 2003 causing mayhem on Earth. But Leider was also wrong in declaring that the comet Hale-Bopp was actually a distant star. Any such rogue planet four times the size of the Earth has yet to be detected by the most advanced scientific instruments.

• In a 1976 book by Zecharia Sitchin, Sitchen related that according to Sumerian mythology, the planet Nibiru had a long, elliptical 3,600-year orbit around the sun and would soon be traveling through our inner solar system. Believers pegged the arrival of Nibiru as December 21, 2012 to coincide with the ending of the Mayan calendar.

• Any theory of a massive planet headed toward Earth has been rejected by space agencies the world over, including NASA. (Not that this means anything.)

• [Editor’s Note] The existence of a distant brown dwarf sun along with its orbiting planet ‘Nibiru’ that is in orbit with our central Sun, and the theory that this brown dwarf star would soon travel through the inner solar system are two different things. If this brown dwarf star was going to plow through the inner solar system in the near future, it would be seen by every amateur astronomer on Earth by now. Much of the ancient Sumerian tablet translations made by Zecharia Sitchin has been debunked including a visit from the dreaded Wormwood planet. But this doesn’t mean that such a brown dwarf star doesn’t exist. It may be too dark to see. And it may be accompanied by the planet Nibiru, home to the evil and manipulative Anunnaki civilization.

Theories about the imminent advent of doomsday — when humanity, all life on Earth, or the planet itself — will perish are not new, but in recent years, few have appeared as frequently as those associated with Nibiru. This theory, in its current version, claims a large planetary object (called Nibiru) will either collide with Earth or pass very close to it, effectively causing large-scale destruction, and that this would happen sometime in the early 21st century.

Like all bogus pseudoscience, the Nibiru cataclysm theory has evolved since it was first presented in 1995, its believers constantly shifting the predicted date for doomsday after the earlier date had passed. The credit for coming up with the first iteration of the theory goes to Nancy Lieder, a Wisconsin woman, who claimed aliens from the Zeta Reticuli star system (the binary star system is very real, located about 39 light-years away) communicated with her using an implant in her brain.

Lieder calls herself the “emissary” of the Zetas, the aliens who supposedly singled her out for that role, and runs a website to relay to Earthlings what the extraterrestrials have to say. She claimed a planet-like object, called Planet X, would pass through the inner solar system in May 2003, and that it would cause a slowdown or stoppage of Earth’s rotation, leading to a shift of the poles and ensuing dangerous conditions on the planet.

That Lieder’s information, whether it comes from Zetas or her imagination, is not accurate is clear, given her other outlandish claims, such as Hale-Bopp not being a comet but a distant star. So her description of Planet X (which has been theorized by some astronomers but is yet to be detected by the most advanced scientific instruments we have) as being four time the size of Earth are highly dubious, at best.