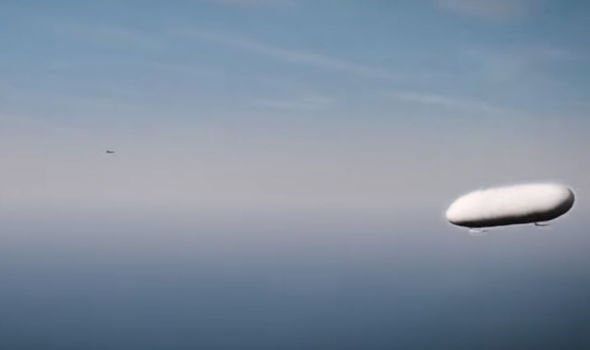 Are Drones the Worst Thing to Happen to UFOs Since Orson Welles?

• In 1938, actor/ director Orson Welles frightened listeners with his Halloween prank radio broadcast of a Martian invasion in War of the Worlds. For years after that, the skies remained more or less clear of extraterrestrial menace. Then in 1947, pilot Kenneth Arnold says he spotted flying objects skipping like saucers over the Cascade Mountain Range near Seattle. This time there was no Orson Welles to blame it on. UFOs became part of the cultural landscape. When we see lights in the sky, they’re usually blamed on the planet Venus, aircraft, oddball reflections or swamp gas (uh, swamp gas?) Still, there is a minority of reports that defy easy explanation.

• Drones have become the go-to explanation for any mysterious lights in the sky. This month, people were startled to see mysterious lights in the skies over Milwaukee, Wisconsin. But they turned out to be drones practicing for a Christmas Pageant light show over a festival park. People in New Jersey reporting a UFO were told it was a police drone. Factories in Shenzhen and Hong Kong, China have filled the skies with hundreds of thousands drones.

• “A significant amount of UFOs that we investigate are hobby drones,” said Ken Jordan, Texas’ chief of investigations for the international Mutual UFO Network. A high-flying aircraft moving at impossible speeds can be mistaken for a low-flying drone puttering along at 20 k/h. Acrobatics that seem to defy the laws of physics are now on routine display at drone airshows, no extraterrestrial technology needed.

• Even when the New York Times published US Navy videos of strange objects flying off the East Coast of the US, the Navy pilots assumed they were drones. They didn’t especially look like drones, but really what else could they be? Perhaps the mothership is parked ominously just behind the Moon and is sending its vile horde of drone-shaped legions toward our unsuspecting planet. Perhaps we should be vigilant like the character Ned Scott in The Thing from Another World: “Keep watching the skies”. But if you do see something up there, it’s probably just a drone.

This month, mysterious lights startled some people looking to the skies in Milwaukee, Wisconsin. Readers of this

website will already know there is no mystery; the UFO lights at Maier Festival Park were just drones practicing for a Christmas Pageant light show.

But there’s a long history of alarming lights in the sky and earthlings assuming it just can’t be good.

Actor/ Director Orson Welles frightened many listeners in 1938 with his Halloween prank radio broadcast of War of the Worlds. It’s controversial just how many people actually feared Martian invasion. But a lot of listeners felt silly once the hoax was revealed, and CBS fought at least one lawsuit. For years after that, the skies remained more or less clear of extraterrestrial menace.

Until 1947. That’s when pilot Kenneth Arnold says he spotted flying objects skipping like saucers over the Cascade Range near Seattle. This time there was no Orson Welles to ‘fess up. UFOs were with us and became part of the cultural landscape.

Most turn out to be sightings of the planet Venus, aircraft, oddball reflections or swamp gas. (Really? Who’s fooled by swamp gas?)
Still, there was always a tiny minority of reports that defied easy explanation. 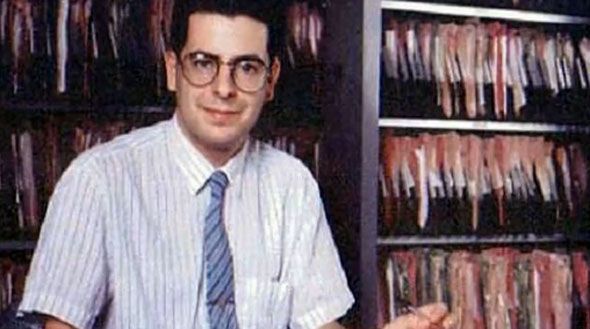 UFOs Are Real and Often Narrowly Miss Crashing Into Planes

• Aliens, UFOs and death rays sound like the stuff of science fiction. But from his 21 years with the UK’s Ministry of Defence, Nick Pope (pictured above) knows that UFO’s are real and that our government leaders take them very seriously. The recent disclosure of MoD documents show that the UK government has spent 50 years investigating alien technology.

• Pope says that while the majority of UFO sightings could be explained, but around five per cent remain mysterious. And there are several cases of near-misses between UFOs and commercial aircraft. Pope also got to look into other X-File types of cases such as crop circles, alien abductions, ghost sightings, and psychic phenomenon.

• The declassified MoD documents revealed that the Russians had put a lot of effort into researching and investigating not just UFOs, but parapsychology – telekinesis (moving objects with the mind), psychic phenomena and similar things.

• The British military viewed this in terms of threats and the possibility that “novel military applications” might result from a better understanding of UFOs. It was suggested that UFOs might not objects, but rather the result of changes in energy in the atmosphere. This raised the intriguing possibility of channeling this energy to develop a death ray weapon.

• All the while, the Americans were conducting their own research through a Pentagon program called the Advanced Aerospace Threat Identification Program. Some declassified videos surfaced of US Navy jets chasing UFOs.

• If anyone was laughing about UFOs before, they’re not laughing now. Those who have looked at this subject from within the government knew better. RAF pilots had seen UFOs and occasionally chased them. The MoD had gun camera footage similar to the declassified US Navy videos. Radar operators tracked UFOs from time to time, and the speeds and maneuvers were astounding.

• The MoD told Parliament, the media, and the British public that UFOs were of “no defense significance”. However, this was a meaningless soundbite designed simply to get people off our backs, said Pope.

ALIENS, UFOs and death rays sound more like the stuff of science fiction than the subjects of top-secret government briefings… but I know from my 21 years at the Ministry of Defence that our leaders take these threats more seriously than they let on.

I also learned from my time there that UFOs are real. And I should know, because my job throughout the nineties was to investigate them.

World UFO Day fell last week, and it was very clear that the usual scepticism and ridicule had been replaced with a far more serious tone.

This may be helped by the fact that details recently emerged of MoD documents showing the UK government’s interest and involvement in UFOs – and suggesting that we had spent 50 years investigating the possibilities of developing alien technology.

I worked on these files and came out of retirement to help with the MoD’s release project – the decade-long declassification of top-secret papers – which concluded in January.

And while the Official Secrets Act binds me for life, now that the government itself is releasing more details of my old MoD job, I can give people an insider’s perspective on what we really got up to.

From UFOs almost crashing into planes to alien abductions

The bottom line was that we knew UFOs were real, but we didn’t know what they were.

The majority of UFO sightings could be explained, but around five per cent remain mysterious.

The cases that concerned me most were the near-misses between UFOs and commercial aircrafts – there are several such cases in the MoD’s UFO files.

What was much more fun was the other weird stuff that came our way simply because there was nowhere else in government to send it: crop circles, claims that people had been abducted by aliens, ghost sightings and people who claimed to be psychic and volunteered their services to British intelligence.

But is it really true, as the latest declassified files suggest, that we were racing against the Russians and the Chinese to acquire alien technology and develop some sort of super-weapon?

Not quite, but the reality is almost just as bizarre.