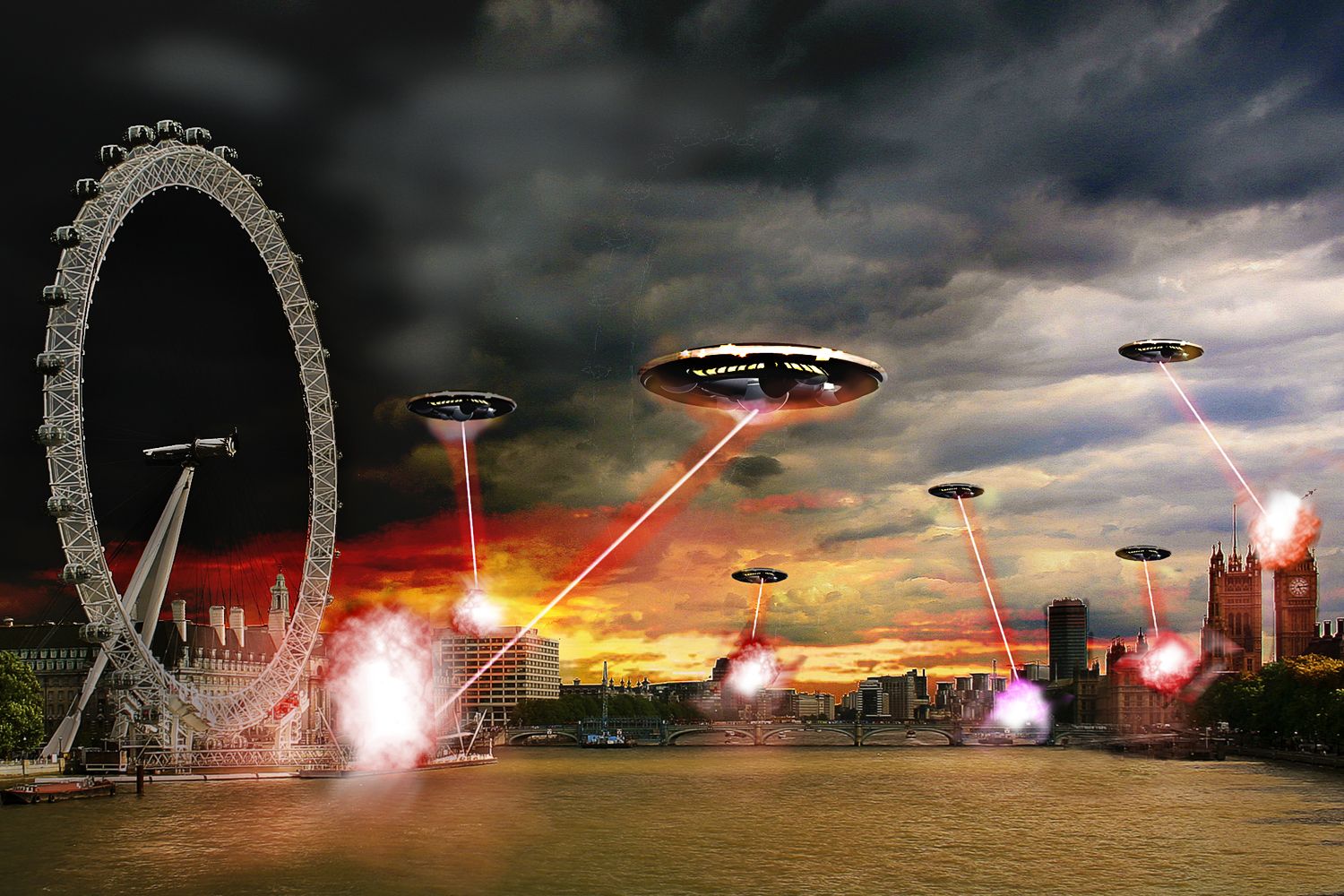 • To mark FOX tv’s new series, ‘War of the Worlds’, the network commissioned the polling company OnePoll to do a research study of 2,000 adults in the UK. The results show that half of Britons believe in the existence of extraterrestrial life and even expect an alien visitation before the year 2068. Londoners, the Welsh and those in the southwest of England were the biggest believers in extraterrestrial life.

• The study also found nearly three quarters of Brits believe that world governments know more about alien life than they’re letting on and are hiding the information from the public. If these world leaders were aware of an impending attack, 58% think they would keep information secret to avoid panic. 67% polled think that our leaders need a plan for first contact with other life forms.

• Of the believers surveyed, 71% think that Earth has already been visited by extraterrestrials, for scientific research, to learn about other life forms, or to plunder the Earth’s resources. 29% of Brits assume the visitors will have a neutral stance on humanity, and they’d be welcomed to Earth.56% expect extraterrestrial visitors to look similar to humans. 17% think that benevolent ETs might even help the planet reverse its ecological damage. But 29% think that other intelligent life have not yet ventured to our little planet.

• On the other hand, 22% of the Brits polled are expecting a perilous extraterrestrial invasion. 46% said they would fight with the human resistance against malevolent aliens, even though only 23% think we’d stand a change against them. 20% said they would cower at home. Over half believe that this event would mark the end of the human race as we know it. In the event of an alien invasion, a whopping 71% of Brits expected more danger still from their fellow humans.

• Nick Pope, who investigated UFOs for the Ministry of Defence said, “These fascinating findings say as much about distrust of government denials on UFOs as they do about people’s belief in extraterrestrial visitation.” But Pope added, “It’s great to see British fighting spirit on display, with this survey suggesting that large numbers of people would resist an alien invasion, even if they don’t think they’d have much hope of winning.”

• “This intriguing new research shows high levels of interest and belief in UFOs and extraterrestrial life,” says Pope. “This new survey supports my firm view that there needs to be a government plan for first contact with extraterrestrials – irrespective of whether they turn out to be hostile or friendly. … [I]t’s common sense to have a plan for something when the consequences would be so impactful.”

The study of 2,000 adults found half believe in alien existence, and think the planet should be preparing itself for an attack within the next 50 years – by 2068.

But far from coming in peace, 22 per cent of those are worried for their lives in the event of Martians coming to Earth.

It’s not just UFO’s people need to worry about though, as 71 per cent also suspect they’d face danger from other humans during an invasion.

Of the believers surveyed, 71 per cent think Earth has already been visited at some point by aliens, but 29 per cent imagine they’re yet to make their first landing.

The research was commissioned by TV channel FOX to mark the new series of War of the Worlds, on Thursdays at 9pm.

Nick Pope, who investigated UFOs for the Ministry of Defence said: “These fascinating findings say as much about distrust of government denials on UFOs as they do about people’s belief in extraterrestrial visitation.

“Intriguingly, they also suggest that people who think an alien invasion is possible believe one of the biggest threats would come from fellow survivors.

“This new survey supports my firm view that there needs to be a government plan for first contact with extraterrestrials – irrespective of whether they turn out to be hostile or friendly.

“Even if you think it’s unlikely, it’s common sense to have a plan for something when the consequences would be so impactful.