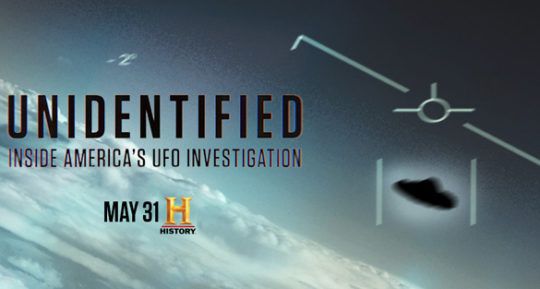 Tom DeLonge: America Has Been Investigating UFOs for Years. Time For the Rest of Us to Catch Up

• When Tom DeLonge was touring with his band, Blink-182, during the early 1990’s, he read Timothy Good’s book, ‘Above Top Secret’, which detailed a historical chronology of UFO events. Learning that UFOs and extraterrestrials were for real changed the course of Tom’s life. He became consumed with it. ‘Who or what are they? Who actually knows the facts and holds the most credible evidence?’ He began to weed through what was real and what was disinformation.

• Tom studied accounts of UFOs during World War II, and the societal changes that began in 1947 when thousands of people began to witness ‘flying saucers’ in the sky. He saw how the public accepted the government’s cover-up of the phenomenon with decades of denial and ridicule. Still, Tom’s conclusion was that it would be naïve to think that UFOs don’t exist. “[T]he more I’ve been able to share my ideas with people I respected, the more sense of community I felt. And I want other people to feel that way too,” says DeLonge.

• More recently, Tom began regular communications with people at the highest levels of our intelligence agencies and military branches, and was encouraged to create the To The Stars Academy of Arts & Science (TTSA). TTSA is an organization that promotes the truth about UFOs and the extraterrestrial presence through a combination of scientific research, entertainment, and innovations in aerospace engineering, utilizing as members some of the most experienced, connected, and passionately curious minds from the U.S. intelligence community that have been operating under the shadows of top-secrecy for decades.

• TTSA has now partnered with HISTORY (formerly the History Channel) to produce “Unidentified: Inside America’s UFO Investigation TM.” This six part, non-fiction series premiering on Friday, May 31 st will give the public an opportunity to see newly authenticated evidence and footage; learn the common characteristics of how these UAP move and operate; and see interviews from eyewitnesses and former military personnel who have never spoken out before. This series will hopefully spark the public to ask questions and look for answers. This information impacts not only our perception of who we are as human beings but also our understanding of where we’re going and how we treat each other. And that might be the greatest change of all.

About 25 years ago, I read a non-fiction book about UFOs while on tour with Blink-182 that blew my mind.
This was a time before smartphones, so being on a tour bus for weeks on end meant we were forced to keep ourselves occupied if we were bored. I chose to read. Timothy Good’s Above Top Secret detailed a historical chronology of UFO events in conjunction with domestic and foreign space programs and militaries. It wasn’t just a solitary event, but a chain of occurrences. I remember repeating as I was reading, “Oh my god, this is massive.” I probably annoyed the hell out of my bandmates.

Before reading that book, I thought the idea of E.T. and unknown flying vehicles were confined to the realm of science-fiction, which I’d always loved as a kid. But I had no idea these crafts were real and in fact interacting with nuclear missiles, NASA missions and facilities, astronauts, and even civilians.

The book opened my eyes to the enormity of Unidentified Aerial Phenomena (UAP), filling me with curiosity and propelling me on a hunt for knowledge that quite literally changed the course of my life. I became consumed with questions about UAP: How do they travel at such incredible speeds? Who or what are they? Who actually knows the facts and holds the most credible evidence?

I followed many paths of discovery in the field—some peculiar, but all exciting. Back then, I was young and naive, and had trouble separating fact from fiction. As any serious researcher will tell you, UAP and its attendant fields are filled with truly crazy misinformation from countless unreliable characters.

As a result, I undertook the project of seeking out legitimate sources, and learned that for most of history, people thought it was crazy to even think about the possibility of UAP. Things briefly started to change after 1947, when numerous people, both pedestrian and high-level military and government personnel, started witnessing unidentified objects in the sky; military pilots, U.S. presidents, scientists, doctors, lawyers, farmers, politicians, teachers, and children. 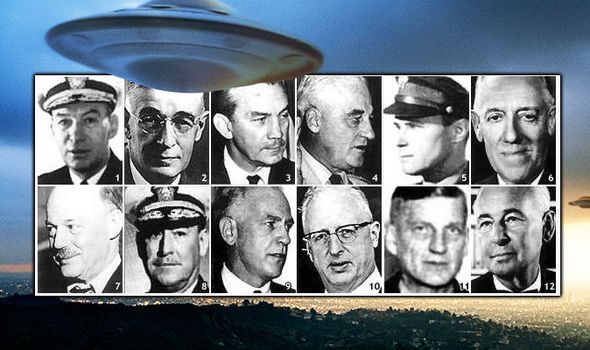 The MJ12 Documents: The Government’s Position

• In 1980, William Moore co-authored the book,The Roswell Incident. Soon thereafter, Moore was contacted by intelligence insiders who would covertly pass along intelligence information. In 1984, Moore’s friend, tv producer Jaime Shandera received a roll of film of photos of MJ-12 documents. Moore, Shandera, and Stanton Friedman studied and attempted to authenticate the documents for 2 ½ years.

• MJ-12 or Majestic 12 is a clandestine UFO/extraterrestrial oversight group, above the President, created in 1947 in the wake of the Roswell crash. It was/is comprised by twelve elite military, scientific, and intelligence officials.

• In 1987, Timothy Good published his book, Above Top Secret, and revealed the existence of MJ-12 along with leaked copies of MJ-12 documents. With the release of Good’s book, William Moore released his information on MJ-12 as well and it all went public.

• In 1993, the Air Force told this article’s writer, Nick Redfern, that they never had any MJ-12 documents in their possession and that MJ-12 doesn’t exist. Furthermore, the Air Force had never discussed MJ-12 with the FBI. The Air Force could not, however, provide any documents or evidence showing that they actually investigated the matter. Today, the FBI’s investigation into MJ-12 is officially “closed”.

• In the 1990s, investigator Timothy Cooper brought to the FBI hundreds more pages of MJ-12 documents, but they never made it to the public domain.

• Redfern ponders: ‘how was the Air Force able to determine that the papers were faked if no investigation on their part was undertaken?’ Was it just an opinion based on the unlikely nature and content of the documents?

• [Editor’s Note] Amazingly, Redfern takes the side of the Air Force cover-up, agreeing that the MJ-12 documents (presumably all of them) are bogus fakes. He considers the Air Force’s arbitrary dismissal of such a clandestine deep state government UFO committee to be “both understandable and reasonable”. Redfern ends the article flippantly, saying “[it] is time, methinks, for the rotted corpse to be laid to rest, once and for all,” the rotted corpse being the very existence of an MJ-12 oversight committee. It was all just a rumor. Really Nick?

It has been thirty years since the original, so-called “MJ12 documents” surfaced. In 1987, Timothy Good’s bestselling book Above Top Secret was published. One of the most-talked-about aspects of Good’s book was the mention of a supposed top secret research and development group established in 1947 to deal with highly classified UFO data. Referred to as either Majestic 12 or MJ12, it was said to have been created in the wake of the notorious events at Roswell, New Mexico in July 1947. It was said to have been comprised of military personnel, scientists, and the elite of the U.S. Intelligence community. Not only that: Good published copies of what were said to be leaked MJ12 documents that told of (a) the establishment of the group; (b) the apparent crash of a UFO, complete with alien bodies, at Roswell; and (c) a briefing given in 1952 on the matter to President Dwight D. Eisenhower.

Shortly after Good’s publication of the documents, additional copies surfaced in the United States. They came from the then research team of well-known ufologist Stanton Friedman, William Moore (the co-author, with Charles Berlitz, of the 1980 book The Roswell Incident) and Jaime Shandera (a television producer). Moore had been working quietly with a number of intelligence insiders who had contacted him shortly after publication of The Roswell Incident. From time to time various official-looking papers were passed onto Moore, the implication being that someone in the U.S. Government, military or Intelligence Community wished to make available information on UFOs that would otherwise have remained forever outside of the public domain.

It was as a result of Moore’s insider dealings that a roll of film negatives displaying the MJ12 documents was delivered in the mail to the home of Shandera in December 1984. Moore, Friedman and Shandera worked carefully and quietly for two and a half years in an attempt to determine the authenticity of the documents. With Timothy Good’s release, however, it was decided that the best course of action was to follow suit. As a result, a controversy was created that still continues to this day. At least, it continues to a small degree. Most people in Ufology have moved on from the MJ12 documents. But, they still occasionally cause a brief raising of eyebrows, such as when the latest batch surfaced earlier this year. Who remembers them now? I try not to.

Jacques Vallee, UFO author, investigator, and former principal investigator on Department of Defense computer networking projects-stated in his book Revelations that the FBI turned away from the MJ12 documents in “disgust” and professed no interest in the matter. Papers and comments made to me by the FBI and the Air Force Office of Special Investigations, however, reflect a somewhat different scenario. It was in 1988 that the FBI’s investigation began – after the late UFO skeptic/debunker Philip Klass contacted the FBI and told them all about the supposedly leaked, highly-classified documents and who had put them in the public domain.

We also know – thanks to the provisions of the Freedom of Information Act – that what was possibly a separate autumn 1988 investigation was conducted by the FBI’s Foreign Counter-Intelligence division (operating out of Washington and New York). Some input into the investigation also came from the FBI office in Dallas, Texas – the involvement of the latter confirmed to me by the Dallas office in the early 1990s.