Tag: The US Air Force 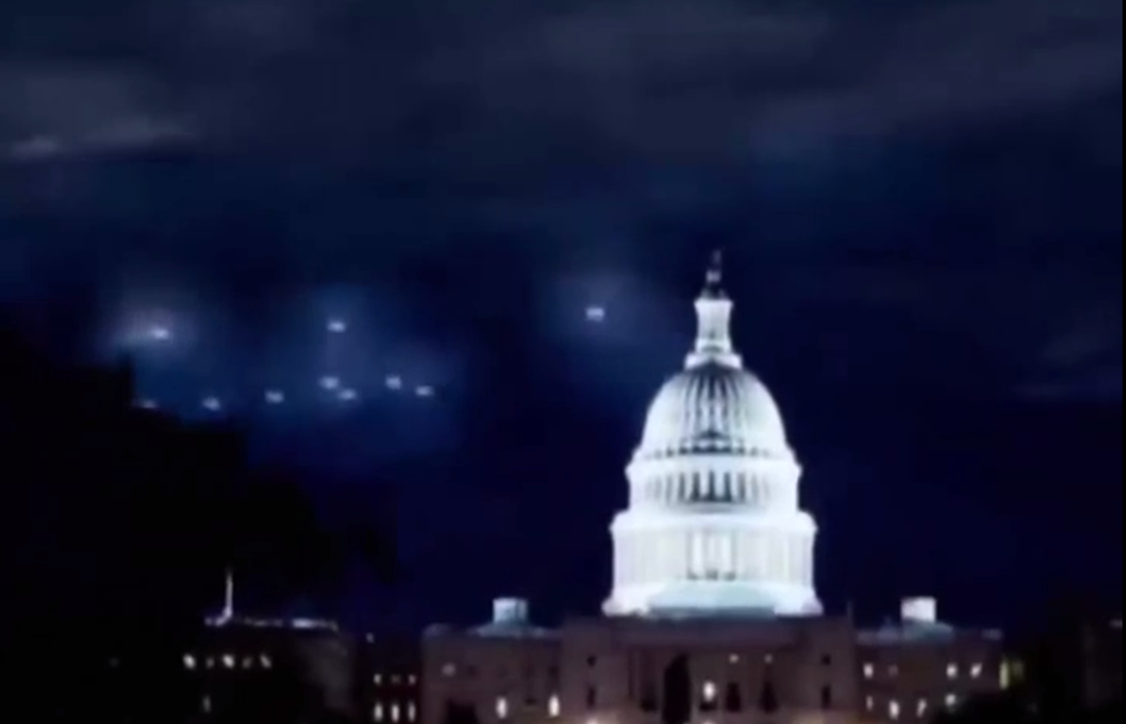 How U.F.O.s ‘Exploded’ Into Public View

• A week later on July 26th, unidentified radar blips were again spotted on radar at Washington National Airport. The Air Force dispatched jet fighters to intercept the flying objects. But every time one of the jets closed in, they disappeared. When the jets backed off, they reappeared. At one point, a pilot found himself in the midst of four unidentified aircrafts and asked what to do. Air control were speechless. Suddenly the objects began to move away. The pilot radioed, ‘They’re gone,” and returned to his base.

• Pentagon spokesman at the time, Albert Chop, told the press that “These things hung around all night long.” The next day, almost every major newspaper wrote about the UFOs. “‘Objects’ Outstrip Jets Over Capital,” was the headline in The New York Times.

• The Air Force and the CIA became worried that the Soviet Union would take advantage of the situation and launch an attack on the United States. Worse, no one could explain the phenomenon to President Harry Truman.

• On July 29, 1952, Maj. Gen. John Samford, the director of Air Force intelligence overseeing the inquiry, held a news conference to reassure the public. He dismissed the Washington sightings as a temperature anomaly. Still, the general conceded that not all the details could be explained by natural causes. Witness reports “have been made by credible observers of relatively incredible things,” he said at the time. The New York Times ran the headline “Air Force Debunks ‘Saucers’ as Just ‘Natural Phenomena.’”

• In January 1953, a scientific committee led by Howard Robertson, a well-known mathematician and physicist, was formed by the government to explore the phenomenon. “One of the conclusions was that they needed to debunk UFOs,” said former Army Lt Col. Kevin Randle, who has written a book on the incident, Invasion Washington: U.F.O.s Over the Capitol. The ‘Robertson Panel’ suggested that the government conduct a mass media education campaign to “reduce the current gullibility of the public and consequently their susceptibility to clever hostile propaganda.” The re-education campaign did not work. Few were convinced by the government’s explanation, and UFOs have persisted in pop culture.

• Government officials have sought to publicly debunk the existence of alien evidence ever since the 1952 Washington sightings. Nevertheless, the topic is back in the headlines. Last year, The New York Times wrote about a little known Pentagon project, the Advanced Aerospace Threat Identification Program, founded in 2007 to investigate UFO sightings. A search of The NY Times’s historical archives reveals a rich bounty of UFO sightings, lore and explanations since the 1950s. And who can forget in 2016 when Hillary Clinton said she would reopen the real X-files if she were president?

• [Editor’s Note]  According to sources such as Corey Goode and William Tompkins, the UFOs that buzzed Washington D.C. in the summer of 1952 were actually Nazi spacecraft from Antarctica.  After these incidents, President Eisenhower and the U.S. military were pressured into negotiating a truce with the Nazi faction, ultimately clearing the way for a cooperative treaty between the highly advanced Nazi group and the U.S. military industrial complex which endures even today.

In the early morning of July 20, 1952, Capt. S.C. “Casey” Pierman was ready for takeoff at Washington National Airport, when a bright light skimmed the horizon and disappeared. He did not think much of it until he was airborne, bound for Detroit, and an air traffic controller told him two or three unidentified flying objects were spotted on radar traveling at high speed.

The controller told Captain Pierman to follow them, the pilot told government investigators at the time. Captain Pierman agreed, and headed northwest over West Virginia where he saw as many as seven bluish-white lights that looked “like falling stars without tails,” according to a newspaper report.

The sighting of whatever-they-were garnered headlines around the world. And in the decades since, U.F.O.s have become part of the pop culture zeitgeist, from “Close Encounters of the Third Kind” to “The X-Files.” In September, a star of that long-running series, Gillian Anderson, will appear in “UFO,” a movie about a college student haunted by sightings of flying saucers. A “Men in Black” remake is in the works. And the History Channel plans to air “Project Blue Book,” a scripted series about the government program that studied whether U.F.O.s were a national threat.

And the topic is back in the headlines. Last year, The Times wrote about a little known project founded in 2007, the Advanced Aerospace Threat Identification Program, to investigate U.F.O. sightings. A search of The Times’s historical archives reveals a rich bounty of U.F.O. sightings, lore and explanations since the 1950s. And who can forget in 2016 when Hillary Clinton said she would reopen the real X-files if she were president?

Captain Pierman’s 68-year-old daughter, Faith McClory, said in an interview last month that her father became something of a celebrity as reports like his in the summer of 1952 fueled fear of a space alien invasion.

“My sister has memories of men coming to our home,” said Ms. McClory, who grew up in Belleville, Mich. (She said they were reporters.) “People were enthralled with the flying saucers,” she added.
Researchers say government officials have sought to publicly debunk the existence of alien evidence ever since the Washington sightings.

“Unidentified flying objects exploded into the public consciousness then,” said Mark Rodeghier, the scientific director for the Center for UFO Studies, a group of scientists and researchers who study the U.F.O. phenomenon. “There was concern in a way you hadn’t seen before.”