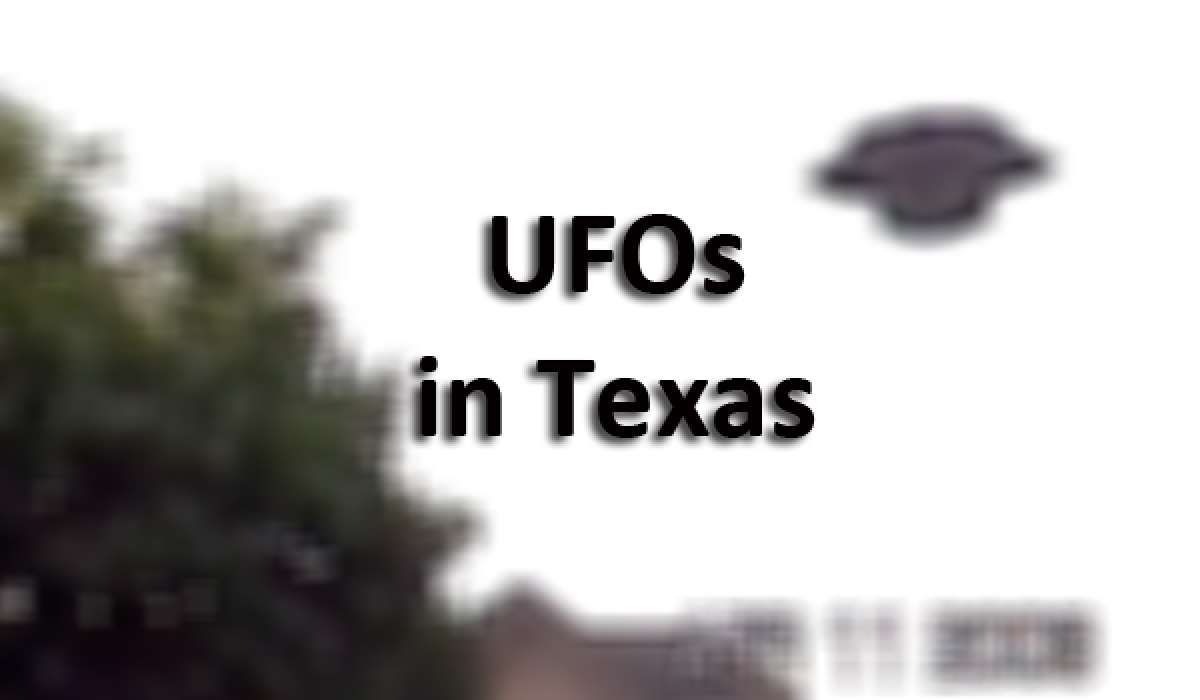 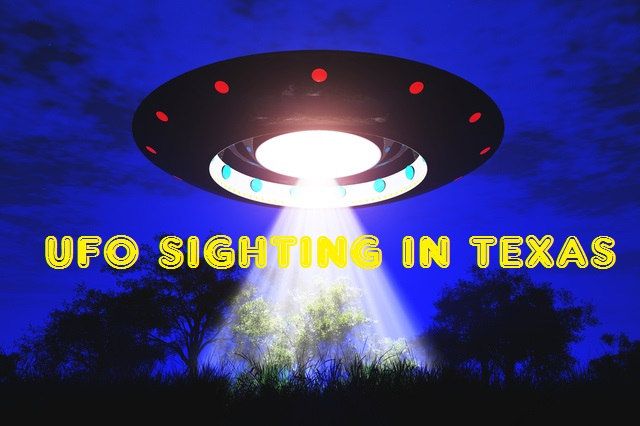 • In January 1878, the Denison Daily News (Denison, Texas) ran an article on a farmer living some six miles north of Dallas named John Martin who saw a dark object high in the sky while out hunting one morning. It was the size of an orange and as it moved toward him it continued to grow in size until it was nearly over his head. Martin was quoted as saying, “[it] had increased considerably in size as it went through space at what he called ‘a wonderful speed’.” When it was directly over him, it was about the size of a large ‘saucer’. It the sped away as quickly as it had come. This may have been the first published account of a UFO sighting.

• Five years earlier, in June 1873 in Bonham, Texas (also north of Dallas), a farmer looked up from his work to see what looked like an enormous flying snake, banded with brilliant yellow swipes, writhing and twisting in the sky above him in broad daylight. It then disappeared quickly to the east. Many townspeople saw the UFO with most of them running indoors or diving under their wagons. The object circled Bonham twice then vanished out of sight. Twenty-four hours later, a UFO of the same description was sighted over Fort Scott, Kansas.

• On the morning of April 17, 1897 in Aurora, Texas (northwest of Dallas), a spaceship was seen approaching from the southwest. It crashed into a windmill and broke into pieces. It was said that the sole occupant of the spaceship perished in the crash. Aurora citizens saw for themselves what was described as a “small being, not of this world”, badly disfigured. The “Martian pilot”, or “Ned the Martian”, was buried in the local cemetery with a headstone that became the target of pranksters and souvenir hunters.

• In May of 1981, Denison, Texas resident, Jim Shelton saw a “cigar-like shaped” UFO with green and yellow pulsating lights and fire streaming from the rear.

• In 1953, a long-range, early warning radar technician at Perrin Air Force Base (in northern Texas on the Oklahoma border) saw a huge blip in the New York area. Air Force bases in Denver and Salt Lake City confirmed the anomaly. F-86 fighters were ordered to intercept and destroy the UFO. The UFO was traveling south from Oklahoma toward Dallas as fighter jets zeroed in on the object. Suddenly the object stopped, turned northwest and sped away at a terrific speed.

• Afterward, a group of about eight men in civilian suits and fourteen uniformed armed guards came into the Perrin AFB radar hut, separated the radar technicians and took each of them at gunpoint to a hangar on the back side of the field where they were interrogated for four hours. They each drew diagrams of what they saw and wrote a narrative of everything that took place. They had to sign a document that threatened them with a $10,000 fine and 10 years in prison for violating the Official Secrets Act. The former technician (who would be in his 90’s or older now, if living) said the “fear of God” was put into them to never talk about it to anyone.

Back in 2005 when I told my husband I was going to write a column on unidentified flying objects, he told me not to do it because it would open a real can of worms. He was so smart. Today when I pulled my UFO file out of the cabinet, it is at least an inch thick.

But here goes again. This morning, I read an article by Dana Branham in The Dallas Morning News about a Dallas lawyer looking for a gravestone for a Martian named Ned that had been stolen from a cemetery in Aurora, Texas. It rang a bell.

Sure enough, about half the articles in my file contain information, not about a gravestone, but about a sighting in January 1878 in the Denison Daily News. That’s pretty close to the April 1897 date that Ned, the Martian is supposed to have crashed his spaceship in Aurora, northwest of Dallas.

An early day article in The Denison Herald questioned whether the 1878 sighting could have been the first printed report of a UFO sighting that took place, quoting John Martin, a farmer living some six miles north of Dallas, who said on a Tuesday morning, while he was out hunting, his attention was directed to a dark object high up in the northern sky.

He said the peculiar shape and the velocity with which the object seemed to approach riveted his attention and he trained his eyes to discover its character. He said it was about the size of an orange and continued to grow in size. After watching it for some time he said he became blind from long-looking and left off viewing it for a time to rest his eyes. When he resumed looking, the object was almost overhead, he said, and had increased considerably in size as it went through space at what he called “a wonderful speed.”

When it was directly over him, it was about the size of a large saucer or as he could judge at such a distance, a balloon that seemed to him to be the most reasonable solution of the strange phenomenon. It left as quickly as it had appeared and he soon lost sight in the southern sky Martin said.

This “saucer” hadn’t yet been associated with UFOs and wouldn’t become a part of the UFO craze for almost 75 years. But unexplained objects high up in the sky have been around a lot longer that that, at least in the North Texas sky.

Bonham in Fannin County had a sighting even before the 1878 one in Denison. According to an Internet timetable of the “unexplained.” In 1873, it is said that a huge cigar-shaped object swooped low over Bonham on two occasions in broad daylight then disappeared quickly to the east.

A Bonham farmer in June of that year said he looked up from his work and was astonished by what looked like an enormous flying snake, banded with brilliant yellow swipes, writhing and twisting in the sky above him.

Another Internet article titled “Serpents in the Sky,” went into greater detail about the “sighting.” It related that in broad daylight a fast moving object appeared in the sky southwest of Bonham. The people there first stared at it, not believing their eyes. It is believed that they may have seen drifting balloons before, but this was so large and traveling so fast that it was almost a blur, according to the article.

The story goes that farmers were so scared that they dived under their wagons and towns people ran inside. Only a few of the braver were said to have stood their ground and watched as the object circled Bonham twice then vanished. Some said the object was round and others said oval to cigar shaped. Twenty-four hours later, a device of the same description was sighted over Fort Scott, Kansas.