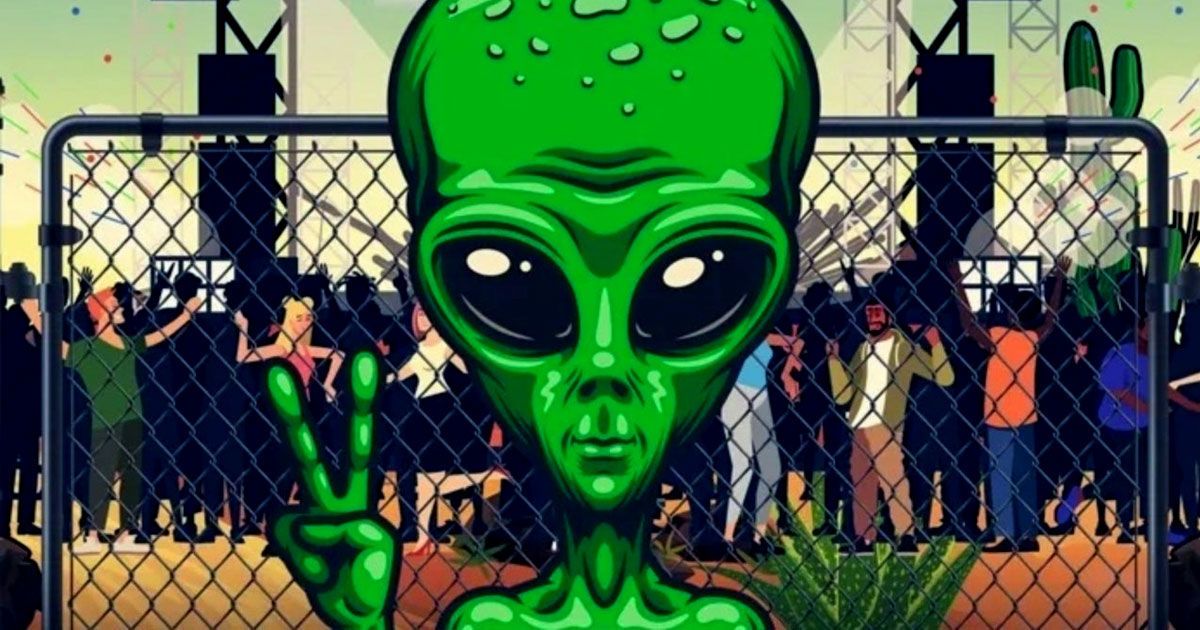 • People in the small rural areas of Lincoln County and neighboring Nye County in Nevada are bracing for hundreds of thousands of visitor to the “Alienstock” music festival September 20-22 near Area 51. Both Lincoln and Nye counties have prepared emergency declarations to seek state help if needed. The impromptu festival began with the Facebook posting to ‘Storm Area 51’ to which over 2 million people responded.

• Lincoln County commissioners adopted a plan for a 5,000 person music festival in the town of Hiko, and 10,000 people in the town of Rachel. But the possibility of unmanageable crowds looms large. Nye County Commissioners denied any festival permits for what organizers were calling “Peacestock 51”.

• Despite the restrictions imposed by county commissioners, event organizers urged the counties and the state of Nevada to ensure that there will be enough food, water and entertainment on hand to help people survive in the desert, three-hours drive north from Las Vegas. Most concede that cellphone service will be overwhelmed.

• George Harris plans to repurpose his Alien Research Center gift shop into a music venue off of the road dubbed the ‘Extraterrestrial Highway’. Said Harris, “We’ll give people something to do so they don’t run amok.” Portable toilets, water, food, trash bins and security staff will be trucked in.

• Connie West, the owner of the Little A’le’Inn motel in Rachel, said she plans to collect parking fees to pay for security and medical personnel, and turn away people who bring guns or drugs. West told reporters outside Lincoln County Courthouse, “I’m elated and shaking inside”.

• The event organizers and business owners in the Nevada counties agree that they don’t want people to trespass on Area 51. People will be arrested if they approach Area 51’s gates. Lincoln County Sheriff Kerry Lee said that more than 150 law enforcement officers would be on hand during the events. Nevada Governor Steve Sisolak promised that Nevada Guard units would be available for logistical help.

• Commissioner Keith Pearson remarked, “It could be ugly or it could be decent.” Commissioner Bevan Lister concluded, “The biggest thing is, people just have to be respectful and everyone will have a good time.”

PIOCHE, Nev. (AP) — A rural Nevada county approved strict guidelines Tuesday for a pair of festivals later this month in a desolate desert area well-known by UFO and alien hunters.

Lincoln County commissioners took the action amid concern about the possibility of unmanageable crowds attracted by an internet hoax dubbed “Storm Area 51” involving the nearby military installation that has been the focus of UFO conspiracy theories.

The plan adopted by the commission involves a music festival for 5,000 people in tiny Hiko, and projections by Connie West, owner of the Little A’le’Inn motel in Rachel for as many as 10,000 people camping on her property for another event in the town closest to Area 51.

Event organizers said there needs to be food, water and entertainment on hand to help people survive in the desert that’s a nearly three-hour drive from Las Vegas. Most conceded that cellphone service could be overwhelmed.

“We’ll give people something to do so they don’t run amok,” said George Harris, who plans to repurpose his Alien Research Center gift shop into a music venue off a road dubbed Extraterrestrial Highway.

West said she has 700 camping reservations so far, and will allow eight people per campsite. She also plans to collect parking fees to pay for security and medical personnel, and turn away people who bring guns or drugs to her event dubbed “Alienstock.”