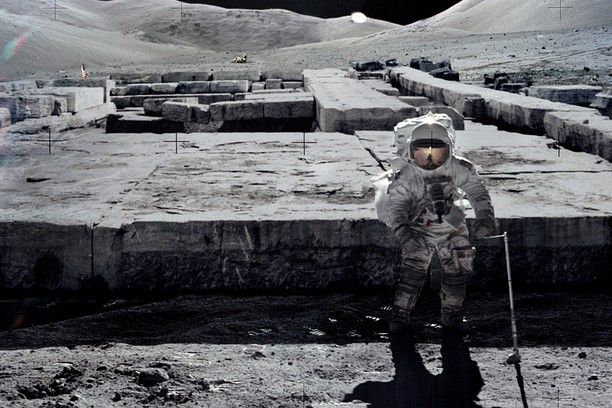 • In his 2016 study, ‘Prior Indigenous Technological Species’, Penn State’s Jason Wright discussed possible origins and locations for “technosignatures” of a technological species’ civilization that could have existed in the solar system prior to humanity’s rise on Earth, or on nearby planets Venus and Mars. “From a purely scientific standpoint, it’s a perfectly reasonable question to ask whether life may have existed elsewhere in the Solar System, or does today,” said Wright, who is also a member of the ‘Center for Exoplanets and Habitable Worlds’ at Penn State.

• What could have ended a prior technologically advanced civilization within our solar system? “The most obvious answer is a cataclysm, whether a natural event, such as an extinction-level asteroid impact or self-inflicted, such as a global climate catastrophe,” says Wright. “[S]uch an event would only permanently extinguish the species if there were many cataclysms across the solar system closely spaced in time, (such as) a swarm of comets or interplanetary warfare, …an unexpected nearby gamma ray burst or supernova…”

• In the case of Venus, its global greenhouse and resurfacing might have erased all evidence of a prior civilization’s existence on the Venusian surface. In the case of Earth, erosion and plate tectonics may have erased most of such evidence if the species lived a billion years ago. Remaining indigenous technosignatures would be extremely old, limiting the places they might still be found to beneath the surfaces of Mars and the Moon, or in the outer solar system.

• In a 2019 study co-written by Manasvi Lingam (at Florida Tech) and Harvard astrophysicist Avi Loeb entitled, “The Moon as a Fishing Net for Extraterrestrial Life”, Loeb suggested that Earth’s Moon might yield traces of technological equipment that crashed on the lunar surface a billion years ago. “The absence of a lunar atmosphere,” wrote Loeb, “guarantees that these messengers would reach the lunar surface without burning up. In addition, the geological inactivity of the Moon implies that the record deposited on its surface will be preserved and not mixed with the deep lunar interior. Serving as a natural mailbox, the lunar surface collected all impacting objects during the past few billions of years. Most of this “mail” comes from within the solar system.”

One of the primary open questions of astrobiology is whether there is extant or extinct life elsewhere the Solar System. Astrophysicists Avi Loeb at Harvard and Penn State’s Jason Wright have both explored the question, with Loeb suggesting that ancient technological artifacts from beyond the Solar System may exist on Earth’s Moon amounting to a letter from an alien civilization saying, “We exist.”

Wright, a member of the Center for Exoplanets and Habitable Worlds, has considered the possibility that a technological

species could have existed in the Solar System prior to humanity’s rise on Earth in his study, Prior Indigenous Technological Species.

In 2016, Wright authored a paper that discussed possible origins and locations for “technosignatures” of such a civilization while other astronomers have suggested looking for lights on Kuiper Belt Objects that “may serve as a lamppost which signals the existence of extraterrestrial technologies and thus civilizations.”

The origins and possible locations for technosignatures of such a prior indigenous technological species might have arisen on ancient Earth or another body, such as a pre-greenhouse Venus or a wet Mars. In the case of Venus, the arrival of its global greenhouse and potential resurfacing might have erased all evidence of its existence on the Venusian surface. In the case of Earth, erosion and, ultimately, plate tectonics may have erased most such evidence if the species lived a billion years ago. Remaining indigenous technosignatures, observes Wright, might be expected to be extremely old, limiting the places they might still be found to beneath the surfaces of Mars and the Moon, or in the outer Solar System. 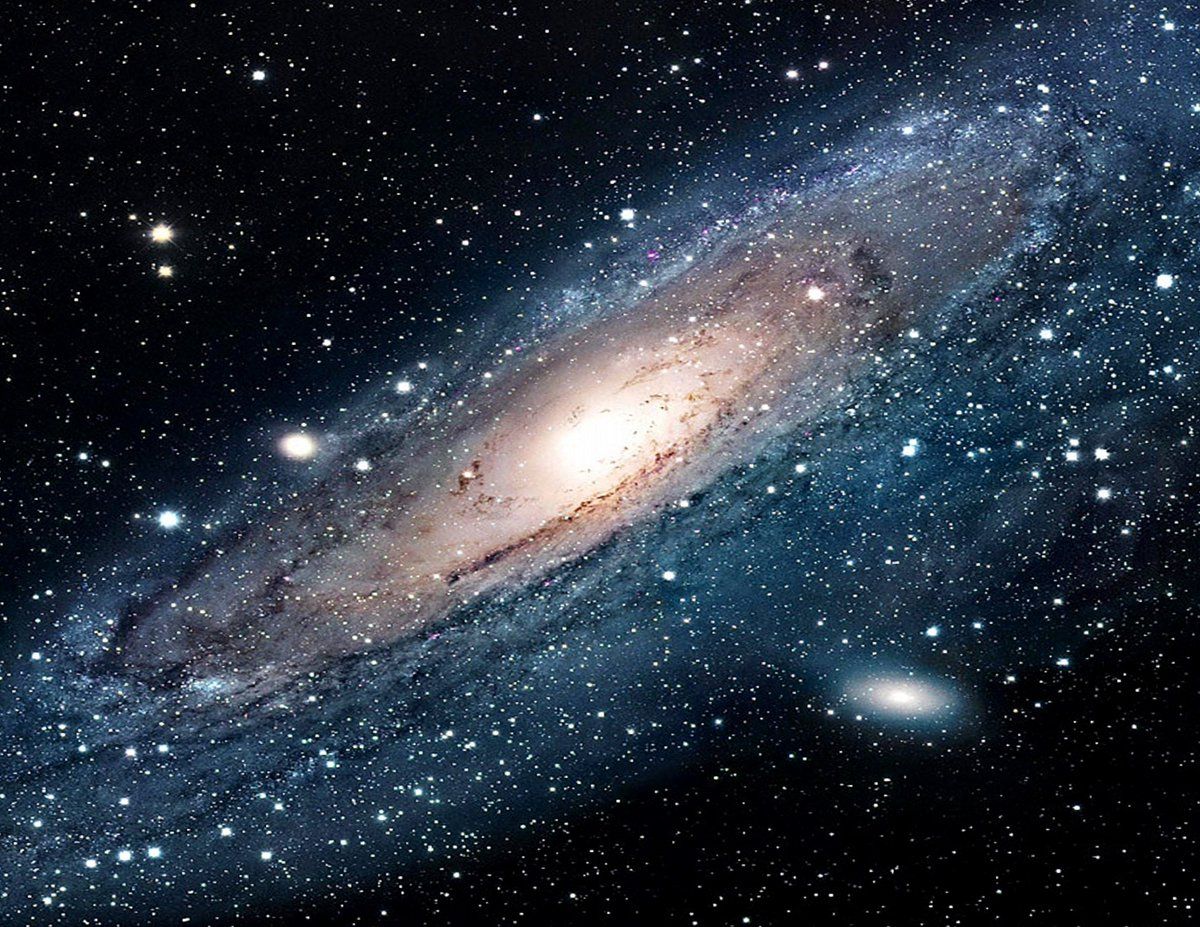 Is Humanity Unusual In The Cosmos?

• Harvard astrophysicists Avi Loeb and Manasvi Lingam are exploring the universe looking for ‘exo-civilizations’ using “bio-signatures” and “techno-signatures” that are more technologically advanced than the radio waves that SETI depends on. Loeb and Lingam have explored a number of different ways we might find markers of another civilization.

• For instance, light reflected from a planet covered in power-generating solar cells would carry a techno-signature “signal” of all that silicon. Loeb was quick to point out that a civilization need not be alive now for us to find the techno-signatures that they left behind.

• As our technologies gets better we might suddenly find lots of signals from the activity of technological civilizations. Even a slight change in gravitational waves would create a techno-signature. There also may be artifacts existing in space rather than on planets. “These ‘messages in a bottle’ would be very difficult to detect because they would be putting out very low power,” Loeb said.

• “We humans are probably not special,” Loeb says. With so many planets in the universe, the rise of civilizations may not be so usual. And what makes this moment in history so unique is that we are now poised to start observing exo-planets and their environments in all kinds of new ways.

For more than 2,000 years, we humans have been arguing about life and, in particular, intelligent life in the universe. But arguing was pretty much where it always ended.

For all that time, we never had any evidence or any data that could raise the discussion above two people with different opinions yelling at each other.

But this era may well be nearing its end.

The “exoplanet” revolution of the last 20 years has shown us that the universe is awash in alien worlds. More exciting, we now have methods where the atmospheres of those worlds may provide indirect evidence — called “bio-signatures” — for the existence of life.

Over the next few decades we may finally have data relevant to the question of other life in the universe.

But what if we want to ask about intelligence? What about alien civilizations — or, as I like to call them, “exo-civilizations”? This is something I have been thinking about a lot over the last few years (it’s the subject of my new book). In carrying out my own studies, I have often been drawn to the work of Harvard astrophysicist Avi Loeb.

Loeb works on a variety of subjects, including black holes and early cosmic history. But together with collaborator Manasvi Lingam, Loeb has carried out work that is simultaneously deep and expansive on the topic of astrobiology and exo-civilizations.

When we think of aliens and science, we usual usually think of the Search of Extraterrestrial Intelligence (SETI). This has often meant radio telescopes being used to search for messages purposely beamed at us from an exo-civilization. But unlike these kinds of purposeful signals, a “techno-signature” is an unintentional marker of the civilization’s existence. With the discovery of so many exo-planets, astronomers will now be spending a lot time staring at these other worlds in many different wavelengths of light (not just radio). This is how they hope to find bio-signatures.

Loeb and Lingam have explored a number of different ways we might find markers of another civilization. What, for example, would be the consequences of a civilization covering large portions of its planet in solar cells to generate power? Lingam and Loeb have shown that light reflected from such a planet would carry a “signal” of all that silicon on the planet’s surface, making it an intriguing example of a techno-signature.