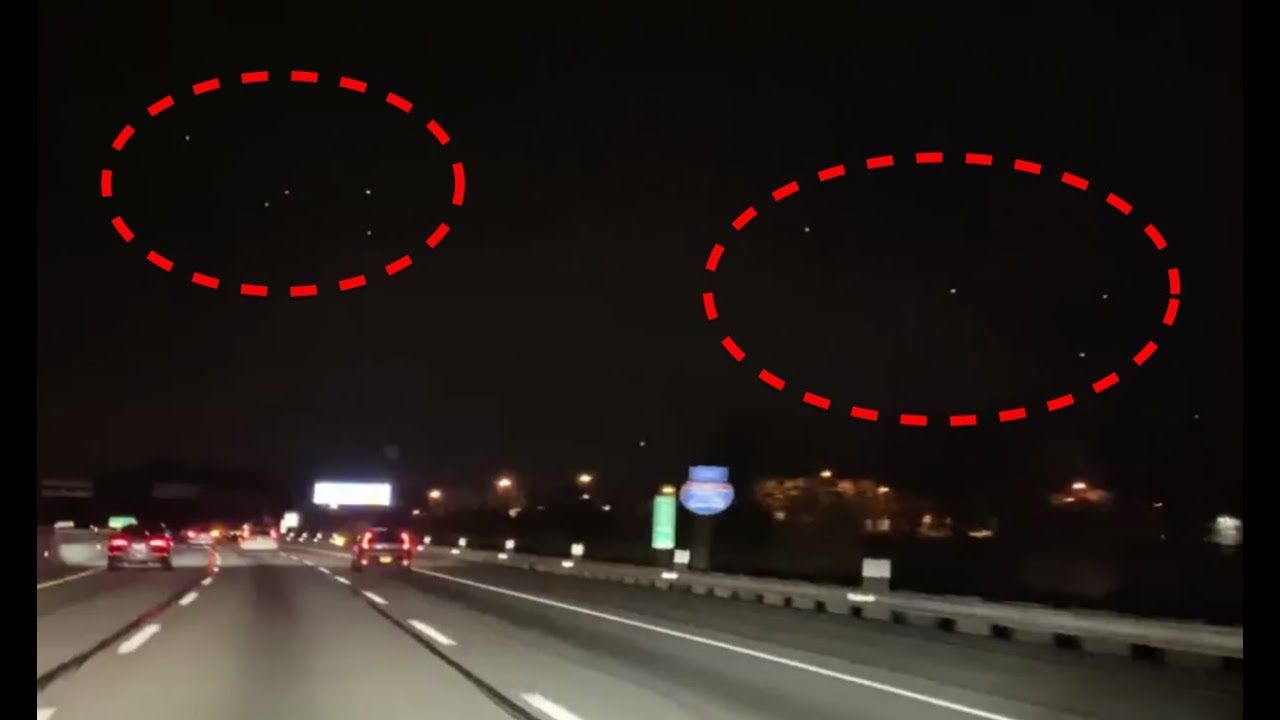 Man With Family Witnesses Multiple UFOs in Pennsylvania; Is Alien Disclosure Near?

• A family was driving home from the King of Prussia Mall, (just north of Philadelphia) when the father noticed multiple UFOs hovering in the night sky. His family began to watch the groupings of lights in the night sky, and a passenger caught them on video. (see 51 second video below)

• One witness remarked, “This is unexplainable unless there is some type of unknown military aircraft I am unaware of.”

• Some YouTube viewers say that this is authentic proof of advanced aliens from deep space visiting our planet ‘to monitor human activities’. They also claim that these regular UFO sightings indicate that ‘alien disclosure’ is near.

• Other YouTube viewers think that these UFOs are probably secretive space vessels developed by the US government. “If it is military, they have amazing technology that they are not disclosing,” said YouTuber Dr Strange Love.

• Skeptics cling to the theory that these are nothing but a lot of Chinese lanterns.

In the video description, Waring revealed that the man who captured the video was apparently returning home from the King of Prussia Mall.
During the time of UFO sighting, he was with his family, and he claims that everyone witnessed these bizarre lights in the skies.

“Personally observed with my family on the way home from the King of Prussia Mall, heading eastbound multiple bright lights in the sky remaining stationary. I have video taken in the car while observing. This is unexplainable unless there is some type of unknown military aircraft I am unaware of,” said the witness.

After analyzing the video, Waring assured that the clip is real, and the conspiracy theorist added that the origin of these flying objects remains a mystery.

51 second video of UFOs over Pennsylvania (‘ET Data Base’ YouTube)