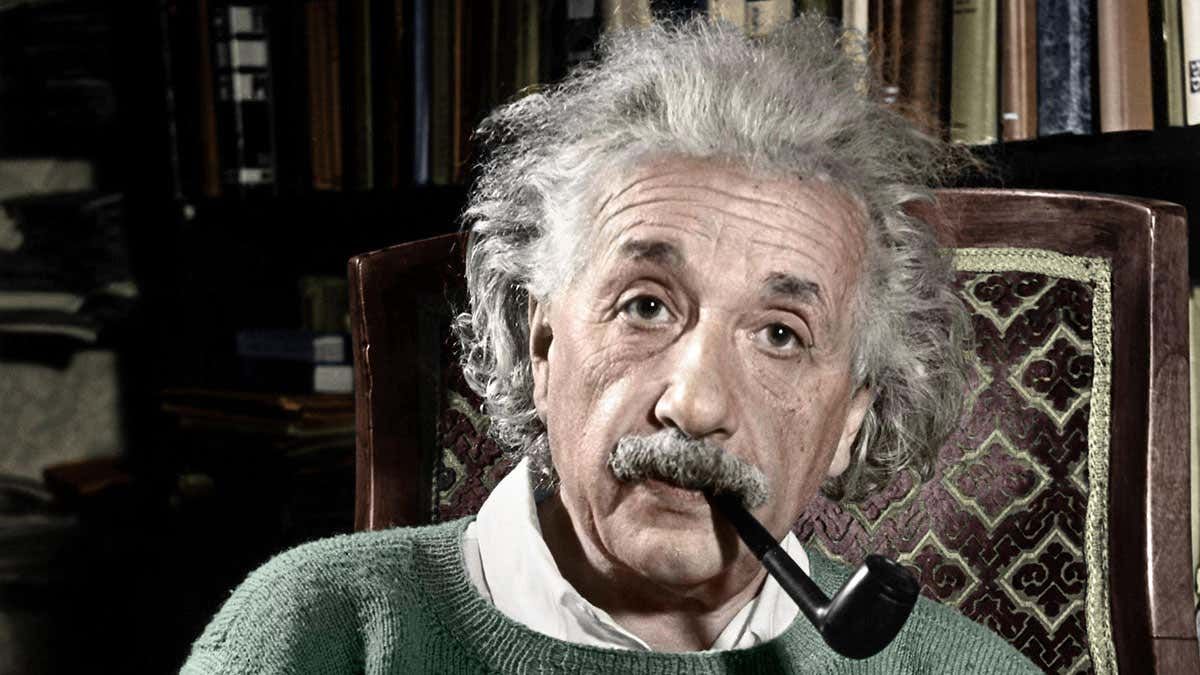 • KM Lewis, a UFO researcher and author of the book on Area 51 entitled: The Thirteenth Guardian, believes that a saucer did in fact crash near Roswell, NM. However, Lewis says, “I don’t believe the occupants were little green men.” “We have been searching for the truth,” says Lewis, “… but the wrong truth, in my opinion.” Lewis says that the truth that we have been missing is that, while the Roswell occupants came from a different star system, they are in fact our distant ancestors. “The question is: What happened to them? Why did they leave Earth? That’s what I believe the secrecy is all about,” says Lewis.

• “What if all those futuristic sci-fi movies (flying cars, intergalactic travel at warp speed, teleportation etc) is not the future, but the past?” Lewis reasons that if these advanced humans are the UFOs that we see in our skies, then the UFO’s that the government is keeping in Area 51 are actually from a civilization that began on Earth. So this “’extraterrestrial technology’ in Area 51 turns out to be pretty terrestrial.” says Lewis.

• “Our forebears, people just like you and I, were much more intelligent than we acknowledge,” says Lewis. “The tech to travel from planet to planet in very little time is not new; it is forgotten. We have done it before – but a very long time ago.”

• Lewis continues, “Albert Einstein, an avid student of the UFO phenomenon, once said that UFOs are man-made flying machines built by a very advanced ancient civilization that left Earth 20,000 years ago for some unknown reason.” “The idea that some of our forebears left Earth for some unknown reason according to Einstein, would explain why our planet is so special to them. It’s home.”

• [Editor’s Note]  With all due respect to Albert Einstein, and not having read The Thirteenth Guardian, it seems as though this author is determined to isolate the human race in a vacuum of uninhabited space. But the galaxy is said to contain thousands of human-like civilizations at various levels of development. These humans look nearly identical to us, except they have a variety of skin colors and hair patterns, and they are typically smaller than Earth humans. Do all of these originate from a human species on the Earth from 20,000 years ago? No. Also, would these advanced humans themselves crash their saucer in New Mexico? Or would they use more ‘disposable’ android beings to pilot and crash these saucers (perhaps on purpose to provide us with new technology), rather than risk their own lives? KM Lewis and Albert Einstein may not have thought their theories through completely. Or it could be that they simply didn’t have the level of knowledge of extraterrestrials that we do today. Still, I would say that they were on the right track. Ours is a galaxy dominated by human-like civilizations, waiting for the right time to reveal themselves and offer their assistance in ridding our planet of the negative extraterrestrial beings that have enslaved us in this false reality, and help us to advance our technology, our social system, and our spiritual consciousness.

The base was in the news recently after a Facebook event entitled Storm Area 51, They Can’t Stop All of Us, and fixed for 3am on September 20, attracted vast numbers of people who have pledged to take part, with the current total standing at 1.8 million. KM Lewis, who has written a novel about Area 51 entitled The Thirteenth Guardian, fully acknowledges the Facebook event was started as a “joke” – but believes the truth really is “in there”. He told Express.co.uk: “We have been searching for the truth… but the wrong truth, in my opinion.

“According to some researchers, Albert Einstein, an avid student of the UFO phenomenon, once said that UFOs are man-made flying machines built by a very advanced ancient civilisation that left Earth 20,000 years ago for some unknown reason.

“It’s a crazy idea, on the face of it – but my research suggests that it is not as far fetched an idea as one might think.”
Mr Lewis, who said he had been researching the subject for ten years, added: “I believe something may very well have crashed in Roswell/Area 51… but I don’t believe the occupants were little green men.

“They looked exactly like us; but they came from the stars.

“They looked like us because they are our far, distant forebears.

“The question is: What happened to them? Why did they leave Earth? That’s what I believe the secrecy is all about.

“The ‘extraterrestrial technology’ in Area 51 turns out to be pretty terrestrial.

“What if all those futuristic sci-fi movies (flying cars, intergalactic travel at warp speed, teleportation etc) is not the future, but the past?

“As I did my research, I was so shaken to my core, I thought the only way to tell the story was through a novel – The Thirteenth Guardian.

Given that advanced ETI (extraterrestrial intelligence) exist and generate physical effetcs that seem to be “non-classical” and “paranormal”, can these beings actually use a non-physical domain in order to create effects in the physical domain (like the collapse of space-time and macro-scale teleportation)?
A more fundamental first question would be: Is it logically possible? The answer would seem to be be ‘YES’ and that is where the news is: The link between extraterrestrial intelligences and what could be (a bit imprecisely) called a “transdimensional” technology based on a non-classical logic in order to generate non-local physical effects  utilizing a distinct Non-Physical Domain or Realm.
But it would be logical by allowing an “included middle” surpassing classical, Aristotelian logic and this inclusion would be a key ingredient expressed in inter-realm interactions. it would also be useful for any future exopolitical study of the extraterrestrial mind, its technology, culture, interstellar-inter-realm political organization. Moreover, it would be useful for gradually constructing here on Earth a more viable and interconnected civilization capable of relating with extraterrestrial “transdimensional” ways of understanding things.
The integration of complementary opposites in physical science leading to a “transdimensional” process would be akin to what physicist-philosopher Basarab’s Nicolescu posits within a transdisiplinary model in which opposites found at a lower level reconcile not just at a HIGHER ontological LEVEL, but as one of the opposites becomes less manifest while the other becomes more manifest.
Thus – for instance – the particulate aspect and the information aspect simultaneously associated with physical reality may exchange states of actualness and potentiality when there’s interaction between an ontologically less inclusive (physical) level and an ontologically more inclusive (mental) one. The latter domain or realm is assumed to exist based on the body, mind, spirit trilogy almost universally found in many cosmological traditions, including Vedanta.
In other words, considering an interaction between a physical domain of reality and a mental domain of reality (which would not even be reducible to the information aspect of a promising model called “the quantum hologram”), perhaps physical, particulate, kinetic states may become less actual  (and more potential) and their causal influence (as per their corresponding information aspect) might be transduced (via what could be called an “etheric” transducing, inter-domain ‘membrane’ or ‘medium’ possesing a retrocausal component) into the ontologically more inclusive and fundamental (from a relative standpoint) Mental Domain or Realm. In that realm, they would be reprogrammed and, when transduced back again into the Physical Domain or Realm, they would re-arrange information patterns and quantum probability distributions coherently functioning within a space-time system, thus generating observable, non-local effects. And in this exchange, no energy would be lost.
From reading the works of Basarab Nicolescu and Stephan Lupasco, I consider that “A” (which could represent the local and particulate) would reconcile with “non-A” (which could represent the non-local and extended) when one represents the experientially present actual state and the other a complementary opposite in an experientially potential state. Therefore, Bohr’s concept of “complementarity” (eventually appllicable to the relation between particles and information waves) would have a better explanation.
Nicolescu, B: Transdisciplinarity and Complexity http://ciret-transdisciplinarity.org/index_en.php
Brenner J.E. “The Philosophical Logic of Stephane Lupasco” http://www.apcz.pl/czasopisma/index.php/LLP/article/viewFile/LLP.2010.009/967
Thus, Aristotle’s concepts of potentia and actuality proper to rational philosophical metaphysics are revived in an alternative fashion applicable to an incipient explanation of inter-reality exchanges which advanced ETI might use.
It would be allowed by Consciousness-Being reconciling within non-dual unity the opposites which it includes in three distinct domains of expression. 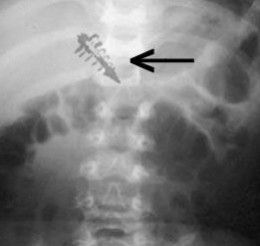 Is this old news or current news? Well it is happening now. And how many people know of the latest findings (PHYSICAL EVIDENCE) of extraterrestrial implants?  From the research of podiatric surgeon Roger Leir , chemist material scientist (and nano tube technological expert) Steve Colbern and physicist Robert Koontz I’ll summarize it for you. A good reference is found here. Grey Alien Implants: A worldwide phenomenon or perhaps localized by zones but in many cases they are physically detectable. Have you noticed a strange object after a strange dream or sleep paralysis?

Prosaic answers will most likely suffice but in some cases…actual advanced alien implants have been detected. What are they made of? Quite often Meteoric Iron (with non-earthly isotopes) with cobalt and significant amounts of iridium. They have isotopic ratios that do not occur naturally on Earth. One was of a class of nickel-iron meteorites called hexahedrites.  Speculatively: Heavier isotopes might have been formed near the galactic core and-or due to supernovas. They are normally irregular and covered with an oily shell+ hard coating that prevents body rejection. Produce no immune response. Biological tissue grows from the metal. This was seen with EDX Electron Microscopy. Some of the implants  emit FM electromagnetic radiation radio signals  before removal in scalar-related frequencies 93 MHz, 15 MHz, even a frequency used in sattelite space communications.  Seem to have a surface coating, sensitive to phonons in order to retransmit soundwaves.

If you break them they reassemble (Bob Koontz). There are carbon nano tube electronics in these devices not found in nature (Steve Colbern). They seem to be single-wall nano tubes. Steve Colbern, chemist material scientist, nano technician finds them far advanced from formal Earth  (and possibly covert Earth) technology.  Roger Leir mentions that they are often found in many places, rather superficially in the body but also near bones.  Nerve cells connect to the devices!! Some of the objects have strong magnetic fields of over 10 milligauss. Some 15% of abductees show significant fluorescent glows on skin area for up to 1 month (detectable with UV-A, but more with UV-B and UV-C). Small metal detectors and X-rays and Gauss meters can detect them in the body. Off course if with X-rays it’s difficult to locate them CAT scans can locate them more precisely. No visible signs of entry/no known portal of entry. If entry signs are detected right after an implant event they close up and leave no mark in a day or two. About 24 implants have been recovered. Some have regular ortho rhombic crystalline structures of sodium chloride that are rectangular and varying in size (Steve Colbern). Perhaps they are used to generate scalar radio frequencies (Bob Koontz). Often when podiatric surgeon Roger Leir tries to remove them with surgical steel they move away from the scalpel. If about 2% of U.S. population with various signs of abduction is really indicative, perhaps the number of implanted people is -relatively speaking- quite large. If this is real. How many individuals are being implanted or monitored in other ways by non-grey ET beings? This is constantly news because it is still happening and new evidence is always coming up. See this evidence directly obtained by Joanne Summerscales from AMMACH at the 2013 IUFOC (see embedded video or click here).