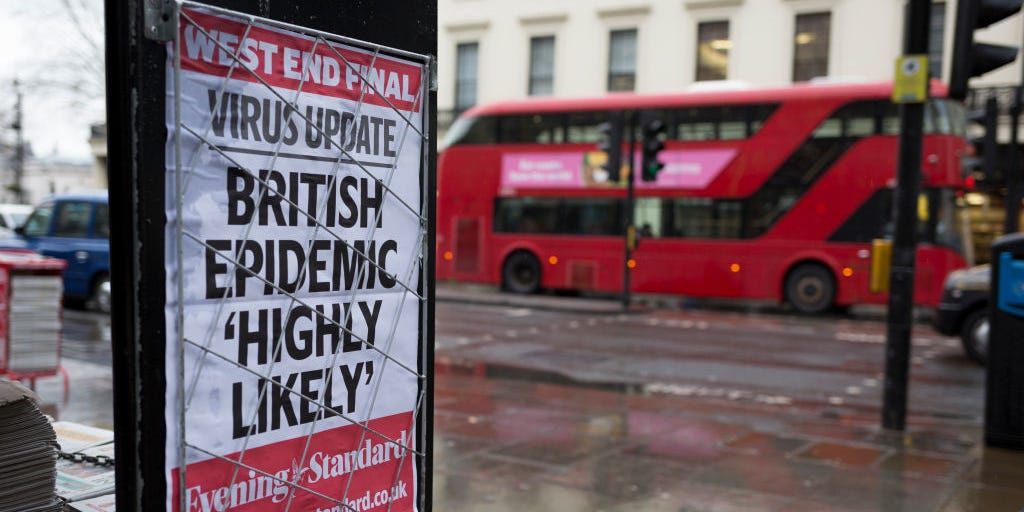 • The UK Government’s UFO unit closed in 2009 after more than 50 years, concluding that there was never evidence of a potential extraterrestrial threat. Existing records are now being slowly released. The Royal Air Force is set to declassify a cache of UFO sighting files into the public domain this month. A Ministry of Defence spokesman said: “It had been assessed that it would be better to publish these records, rather than continue sending documents to the National Archives, and so they are looking to put them onto a dedicated gov.uk web page.” (see previous ExoArticle here)

• Tony Buckingham, of the East Anglia UFO group, claims that notwithstanding its move toward more transparency, the UK government is still covering up the truth about the existence of UFOs and aliens due to the coronavirus pandemic. He says that disclosure of extraterrestrials during the coronavirus pandemic could very well tip Britons over the edge. Said Buckingham, “I don’t believe the power movers think we are ready for full disclosure yet, and seeing people fight over loo rolls I have to agree with that line of thought.”

• While he feels that UK authorities will be selective in what they choose to release, Buckingham will certainly look at them to see if there are any hidden bombshells that the government may have missed. “[I]f this is anything like the previous attempts to release documents they were quite a disappointment, as they were pretty much only the public’s own sightings they had reported,” said Buckingham. “Having said that, perhaps these reports will really be RAF sightings that have been logged by the military.”

• For many, evidence to suggest UFOs visit Earth is the greatest government secret of all time. Still, Buckingham thinks it won’t be long before the lid is completely blown off the UFO cover-up, with evidence to suggest an alien invasion is in the cards. “There is plenty of evidence and it is all over the world.” “US presidents, UK prime ministers including Margret Thatcher and Churchill, Soviet leaders, military leaders and many more have said we should be concerned,” said Buckingham, “and some say they ‘can’t tell the people’. “There has been a worldwide truth embargo on the topic and is now coming to an end, with soft programming for the past few decades, to where we are now with a majority acceptance of the phenomenon.”

• Former Chief of Defence, Admiral Lord Hill-Norton (1915-2004), had long cited a mass UFO/extraterrestrial cover-up. Said Hill-Norton, “I have frequently been asked why a person of my background, a former Chief of the Defence Staff, a former Chairman of the NATO Military Committee, why I think there is a cover-up of the facts about UFOs. Governments fear that if they did disclose those facts, people would panic. I don’t believe that at all. There is a serious possibility that we are being visited and have been visited for many years by people from outer space, from other civilizations. It behooves us to find out who they are, where they come from, and what they want.”

A UFO hunter claims the government is covering up the truth about UFOs and aliens because of the coronavirus pandemic.

Tony Buckingham, of the East Anglia UFO (EAUFO) group, believes panic buying over toilet rolls in the wake of the global health crisis is proof the public can’t handle the truth.

It comes as the RAF is set to declassify a cache of UFO sighting files into the public domain this month – after the government faced calls for greater transparency.

But Tony, from Littleport in Cambridgeshire, says the release of the documents which could prove aliens exist coming at a time when whole countries are on a war footing with the coronavirus could tip humanity over the edge.

He said: “I don’t believe the power movers think we are ready for full disclosure yet, and seeing people fight over loo rolls I have to agree with that line of thought.”

But he reckons people are in for a let down if they think they’ll find a treasure trove of spacecraft sightings from top brass if the docs are in fact made public.

However he says he will be “taking a look” at the files to see if they contain bombshell discoveries.
He said: “I have been aware of the latest release for a while now and must say if this is anything like the previous attempts to release documents they were quite a disappointment, as they were pretty much only the public’s own sightings they had reported.