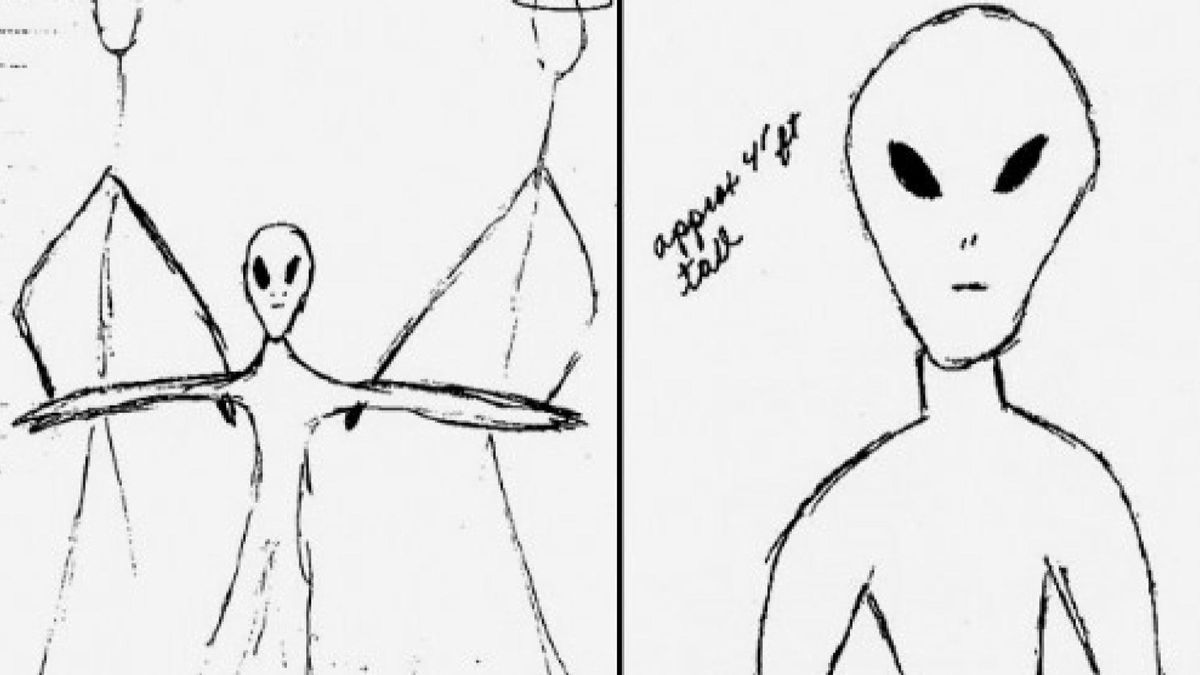 Before Roswell: The 1941 UFO Incident at Cape Girardeau

• Because of the national attention that the 1947 UFO crash in Roswell, New Mexico received, and the extensive government cover-up thereafter, most people believe that Roswell was ground zero for the UFO frenzy that took over the country during the 40’s and 50’s. Not so. In 1941, a UFO crash incident occurred in Cape Girardeau, Missouri.

• Officials at the Cape Girardeau crash site called on local Reverend William Huffman to come and give last rites to the crash victims. When Huffman arrived, he found a chaotic scene that included police and firemen emergency personnel, and the FBI. Then he was struck by the sight of the strange craft. It was like nothing he had ever seen before.

• Huffman was escorted to the interior of the disc-shaped craft. Inside, he first noticed weird lettering which in Huffman’s mind was similar to Egyptian hieroglyphics. Then he saw the bodies of the victims. They looked alien in origin with huge heads, big almond shaped eyes, slits for their mouths and ears, and no hair whatsoever on their bodies. After Huffman performed his rites, military personnel accosted him and told him to keep quiet about this incident.

• But Reverend Huffman was so disturbed by what he encountered that night that he shared his experience with his wife and sons. The secret remained within the family until his granddaughter, Charlette Mann, learned the truth from her grandmother on her deathbed. Charlette learned that her grandfather had photographic evidence of the alien creatures. Charlette found images of the scene that night, including one of a deceased extraterrestrial being propped up between two men who are posing for the camera.

• [Editor’s Note]   See this article from 2010 entitled “UFO Crash and Retrieval – Missouri, 1941” in UFOCaseBook.com for a more comprehensive essay on the Cape Girardeau UFO incident.

UFO sightings came into our collective consciousness in the U.S. starting in 1947 with the famous incident in

Roswell, New Mexico. Everyone knows that story. At first, the Air Force reported that a flying saucer had crashed on rancher Mac Brazel’s property.

Soon afterward, they recanted and suddenly, the weather balloon response was born. Years later, it was reported that the debris found in Lincoln County was actually from the top-secret project, “Mogul,” which was armed with recording equipment so that we could detect when Russia was performing nuclear tests.

Because of all of the national attention, this is why most people believe that Roswell was ground zero for the UFO

frenzy that took over the country during the 40’s and 50’s. However, that isn’t entirely the case. In 1941, in Cape Girardeau, Missouri, another event occurred.

According to Liveabout.com, the saga began when Reverend William Huffman was asked to pray over victims in a crash. Thinking nothing of this request because he had done last rites many times in the past, he set out for the location.

When he arrived, there were all sorts of emergency personnel there from firemen to policemen and the FBI. Making his way through the chaotic scene, he was struck by the sight of a strange craft. It was like nothing he had ever seen before.