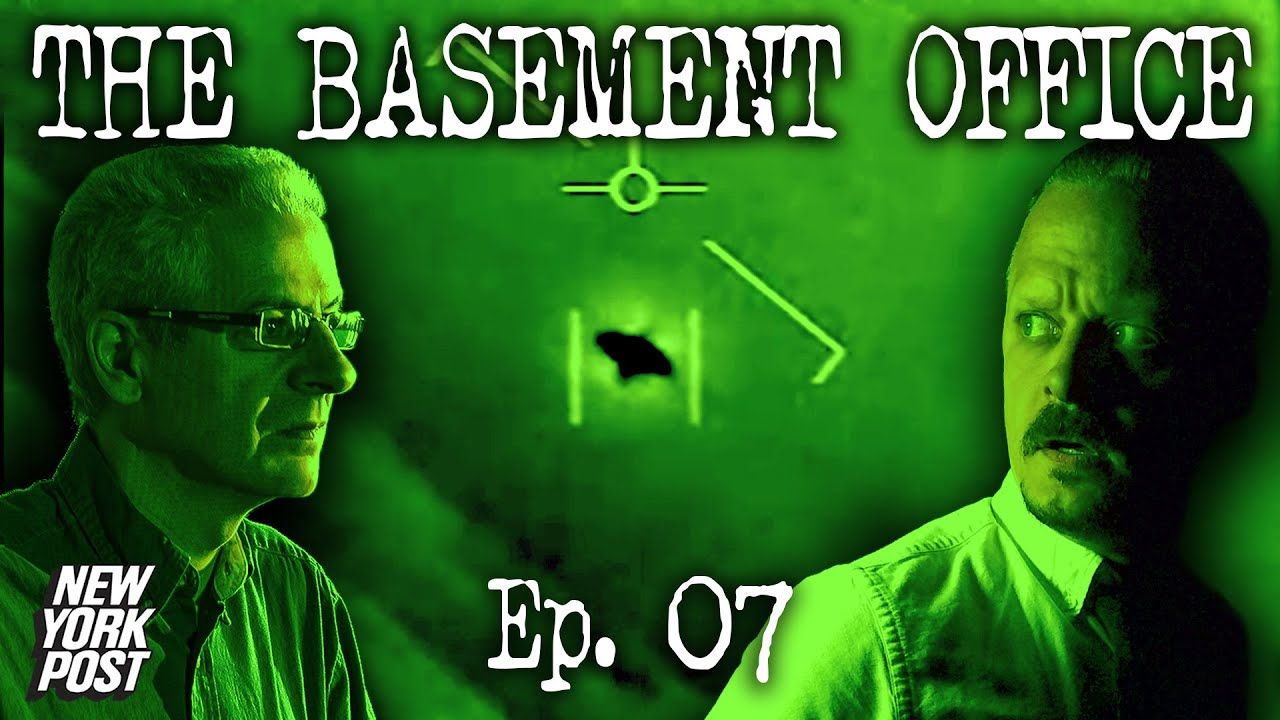 • On April 27th, the US Department of Defense confirmed that the three UAP/UFO videos taken by Navy pilots are genuine. But the DoD maintains that they don’t know what they are. If the Pentagon was hoping that the revelations about the UFO videos might be overlooked by a world focused on the coronavirus pandemic, it was wrong. The story made headlines all around the world.

• With the spotlight on the Navy videos, competing theories have been bandied about. Some think that it was some kind of pilot misperception or a glitch in the infrared cameras. Others claim that it was “black project” drone technology being blind-tested against the Navy fleet to see how they’d react. Some commentators thought Russia or China might be the culprit.

• The theory that attracted the most attention was that the mystery objects were extraterrestrial spacecraft. This writer, Nick Pope, hopes that it is extraterrestrials. The New York Post’s docu-series “The Basement Office”, in which Nick Pope is featured, probes all of these theories and puts some other classic UFO cases under the microscope. (see below for Episode 7: “Pentagon Releases Footage of UFOs”)

• If the Pentagon’s re-release of the UFO videos seems odd, their flip-flopping over the true nature of the DoD’s ‘Advanced Aerospace Threat Identification Program’ is truly bizarre. Since the existence of the AATIP was first revealed in December 2017, the Pentagon has changed its position on the role of the program multiple times. The Pentagon’s current position is that the program was not UFO/UAP related. Rather, it studied next-generation terrestrial aerospace threats.

• The problem is that a Defense Intelligence Agency letter to Congress (see here) listed 38 technical reports produced under the program. None of them related to Russian or Chinese aircraft. One related to the Drake Equation, used to estimate the number of civilizations in the galaxy. When Pope pointed out the disconnect, he was told the Pentagon was revising its line on the AATIP yet again. A new statement is expected soon.

• In a year when our lives have changed in ways that would have been unimaginable a few months ago, could the conspiracy theorists be right and might there be even bigger revelations ahead? Whatever happens, UFOs are now center stage in a way we’ve never seen before, being discussed seriously at the highest levels.

On April 27, the Department of Defense issued a statement confirming the release of three videos showing US Navy jets chasing “unidentified aerial phenomena” — that’s the approved military term for what the public calls UFOs. The videos had been in the public domain for some time, but there was always a degree of doubt about them. The Pentagon statement made it official: Yes, the videos are genuine, and no, the DOD still doesn’t know what these things are — the official categorization is “unidentified”.

The timing of the Pentagon’s announcement drew a lot of comment. Why release these videos now, people asked, with the world’s attention focused on the coronavirus? Was this a classic example of “a good day to bury bad news”? If that was the Pentagon’s plan, it backfired badly. Perhaps because we’ve been so saturated with COVID-19 coverage, everyone was looking for something else. Far from being buried, the story made headlines all around the world.

UFOs generate controversy. The videos were debated furiously and in the resulting skeptic versus believer dogfight, competing theories were bandied about: Some people tried to explain everything in terms of pilot misperception and glitches or misreadings of the forward-looking infrared cameras on which the films were taken.

Others argued that it was “black project” technology being blind-tested against the Fleet, to see how they’d react. One hears a lot about hypersonic missiles and drone swarms these days. Given that such programs are highly classified and deeply compartmentalized, it’s possible that one part of the government wasn’t aware of what another part was doing. Other commentators thought Russia or China might be the culprit.

Inevitably though, the theory that attracted the most attention was the possibility that the mystery objects were extraterrestrial spacecraft. I’m undecided on all this, but I hope it’s extraterrestrials — martians would be much more fun than Russians. Season 2 of The Post’s docu-series “The Basement Office” will probe all of the theories, and put some other classic UFO cases under the microscope.