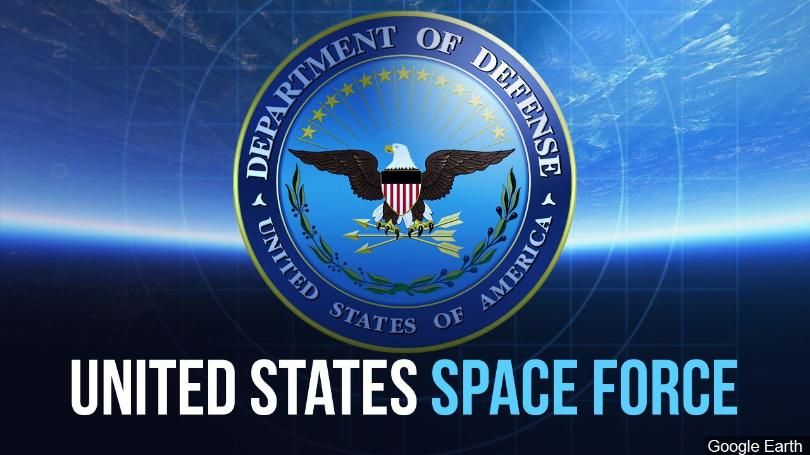 • A September 10th memo issued by Deputy Defense Secretary Patrick Shanahan entitled “Space Reorganization and Management Tasks” outlines a detailed plan of action to be taken to establish Space Force as the sixth independent branch of the United States military by the year 2020.

• The first order of business is to establish a ‘Space Command’ and the subordinate unified command by the end of 2018. Chairman of the Joint Chiefs Gen. Joseph Dunford and Undersecretary of Defense for Policy John Rood are responsible for leading this effort.

• Next, the DOD will establish a Space Development Agency, led by Undersecretary of Defense for Research and Engineering Michael Griffin and Air Force Secretary Heather Wilson. This agency “will initially focus on rapidly developing and fielding new space capabilities that leverage commercial space technology and access in support of warfighter and U.S. Space Command… consolidating space development efforts under the SDA as the equipping arm for the space warfighter, with an initial operating capacity in calendar year 2019”.

• A new office of “Assistant Secretary of Defense for Space” will be established to consolidate civilian oversight of space and outline how it could evolve into the future headquarters of the Space Force.

• The Pentagon’s director of cost assessment and program evaluation will develop a five-year cost estimate. The memo says the budget should include the cost for the Space Force, the Space Development Agency, the Space Operations Forces, U.S. Space Command and the path for transferring space budgets to the Space Force.

• The establishment of the Space Force as a military branch must be approved by Congress and written into legislation. These reorganization and management directives will ultimately be written into a legislative proposal.

• The Air Force, which owns 90 percent of the military’s space programs and functions, will have only a limited support role in shaping the transition to the future Space Force.

WASHINGTON — Deputy Defense Secretary Patrick Shanahan this week issued a detailed plan for how the Pentagon will move forward to create a Space Force as the sixth branch of the armed forces by fiscal year 2020.

The plan, laid out in a Sept. 10 memo titled “Space Reorganization and Management Tasks,” includes actions that the Pentagon will pursue using executive branch authorities — standing up a unified command for space, a Space Development Agency and Space Operations Forces. These proposals were presented to Congress in a report on Aug. 9. The establishment of the Space Force as a military branch must be approved by Congress and written into legislation. Shanahan’s Sept. 10 memo, a copy of which was obtained by SpaceNews, explains the steps DoD will take to develop a legislative proposal.

The memo makes it clear that the space reorganization is being led from the top down. Shanahan is overseeing the entire effort, but the Chairman of the Joint Chiefs of Staff and the undersecretary of defense for policy also have significant roles. The Air Force, which owns 90 percent of the military’s space programs and functions, only will have a limited support role in shaping the transition to a future Space Force.

The changes directed by Shanahan only apply to DoD and not to the intelligence community, even though organizations like the National Reconnaissance Office and the National Geospatial Intelligence Agency have key responsibilities in national security space. “Only DoD space functions would move into the Space Force,” the memo says. “National security space components outside of the DoD should not be included in the legislative or budget proposal, but will be considered in an interagency process.”
The Director of National Intelligence is cc’ed in the memo.

Shanahan’s orders have short deadlines. Many of the tasks are due in the coming weeks, and the legislative proposal could arrive at the White House as early as Dec. 1, 2018. To avert concerns that a new service will saddle the military with billions of dollars in added overhead costs, the memo says the Space Force should have a “lean” bureaucracy.

A “Space Governance Committee” led by Shanahan will have the final word on any reorganization action and on the legislative proposal before it goes to the White House. Shanahan also will establish and designate the leader of a “working group” to help with the implementation that will include representatives from all military branches and relevant DoD agencies.

Upcoming steps in the reorganization

The creation of a Space Development Agency also could happen relatively soon. Shanahan directs Undersecretary of Defense for Research and Engineering Michael Griffin and Air Force Secretary Heather Wilson to “each develop a concept for establishing the SDA.” The draft concepts are due to the governing committee by Sept 14.