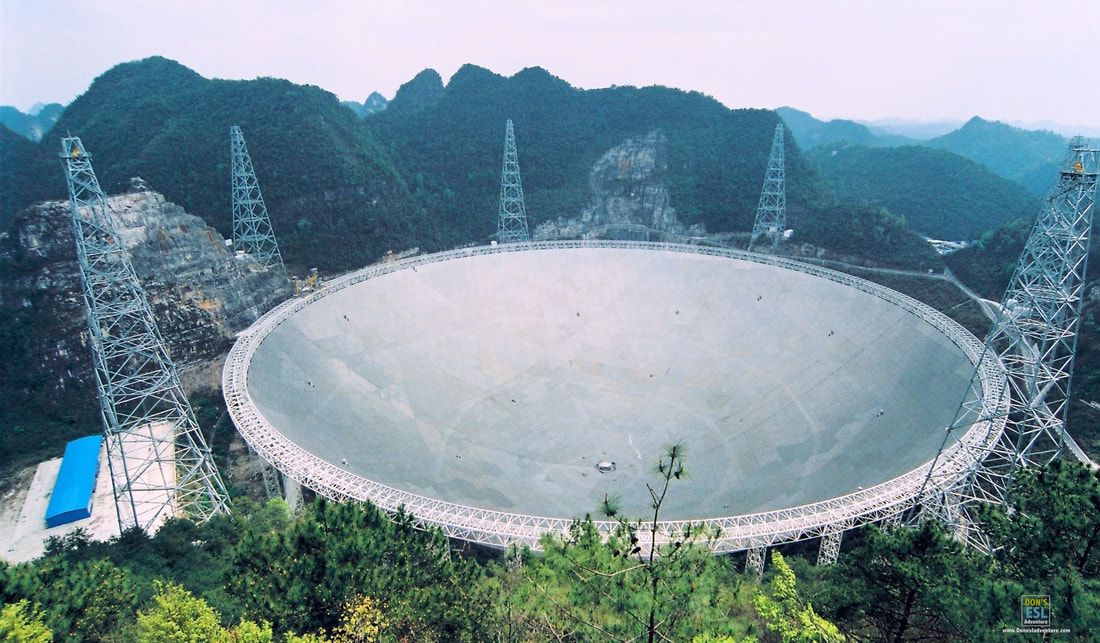 • China’s 1,600 feet wide Aperture Spherical Radio Telescope (or ‘FAST’, pictured above) is the world’s biggest radio telescope. A primary mission of FAST is to listen for pulsars and other interstellar radio signals—including any coming from hypothetical extraterrestrials.

• Many scientists looking for potentially habitable planets focus on its rocky composition, distance from its star so liquid water can exist, and the existence of an atmosphere. These are the requirements for life on Earth to exist—so it may also be true of other planets as well. But the Chinese space agency will instead focus on magnetic fields.

• The Chinese Academy of Sciences reported in the journal Research in Astronomy and Astrophysics its plan to look for habitable exoplanets within 100 light years from Earth by their magnetic fields. FAST chief scientist Li Di said if they can confirm the presence of a magnetic field around an exoplanet, they would be able to study it to find out whether it was habitable or not. “It would be a very important discovery,” Li Di said.

• In searching for magnetic fields around exoplanets, the interaction of the solar wind with the magnetosphere should generate radio radiation. Says Li Di, “All the planets with magnetic fields in our solar system can be found generating such radiation, which can be measured and studied by radio telescopes.” Magnetic fields cannot be detected by traditional optical and infrared astronomical observation.

• The Earth’s magnetic field protects our planet from solar wind – a stream of charged particles emanating from the Sun that would otherwise strip away our atmosphere. The FAST team believes it is reasonable to think the same may be true for distant worlds.

• Li Di notes that if the Earth stopped rotating, its magnetic field would disappear. In such a case, “…the Earth’s atmosphere would be blown off by the solar wind. As a result, humans and most living things would be exposed to the harsh cosmic environment… unable to survive.”

China has unveiled its latest plans for the world’s biggest radio telescope—to look for habitable planets beyond our solar system by finding out if they have a magnetic field.

Published in the journal Research in Astronomy and Astrophysics, the team behind the five-hundred-meter Aperture Spherical Radio Telescope (FAST) has announced its ambitions for the next decade—including the hunt for exoplanets.
FAST, as the name suggests, is a 1,600 feet wide telescope. It sits in the Dawodang depression of the Guizhou Province and it achieved its first light in September 2016.

One of the main scientific missions of FAST is to listen out for pulsars and other interstellar radio signals—including any coming from hypothetical extraterrestrials. “In theory, if there is civilization in outer space, the radio signal it sends will be similar to the signal we can receive when a pulsar (spinning neutron star) is approaching us,” Qian Lei, from the Chinese Academy of Sciences, told CCTV in 2016.

Many scientists looking for potentially habitable planets are focused on its composition (rocky), distance from its star (so liquid water can exist) and its atmosphere (that it has one). These are the requirements for life on Earth to exist—so may also be true of other planets.

But in their latest publication, FAST researchers from China and France said they are planning to look for exoplanets within 100 light years from Earth with magnetic fields.