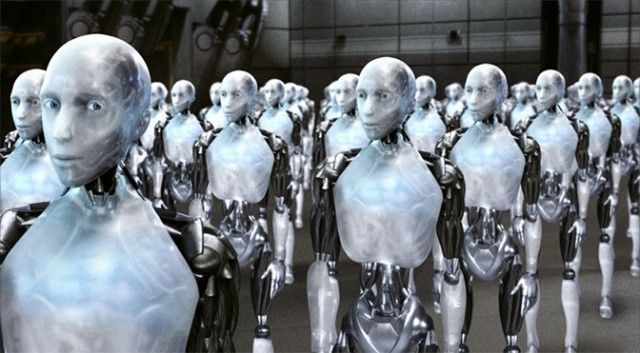 • Considering our abhorrent conduct in wiping out indigenous civilizations with the discovery of ‘new continents’ five hundred years ago, many modern humans are fearful that a technologically superior extraterrestrial race might do the same thing to us.

• In a recent Reddit “Ask me Anything”, theoretical physicist Michio Kaku expressed his belief that humans will make contact with intelligent ETs within this century. But he doesn’t believe that we need to fear for our lives. These highly advanced ETs will require nothing from humans, and will consider us as insignificant as forest animals, so long as we don’t get in their way.

• It is the robots – the artificial intelligence that we are creating at break-neck speed – that we need to worry about. Robots could become so self-reliant that they find that humankind can be eliminated altogether. “I think we should put a chip in their brain to shut them off if they have murderous thoughts” says Kaku. Either that, or actually merge robots with human as an android to create a hybrid in order to survive.

• [Editor’s note]  Time will tell if Kaku is just kookoo.

There are many of us humans who strongly believe in aliens, and that these mythical beings, if real, stands to become a significant threat to Earth and could possibly wipe out the entire human race.
It’s pretty difficult to disagree with these folks since if we look back at our own history and how humans have gone to war after finding new land, it wouldn’t be surprising if an alien species choose to destroy or enslave us.

Aliens Are Too Smart for War

In a recent Reddit AMA (Ask me Anything), Michio Kaku, a theoretical physicist, and futurist, believes humans will eventually make contact with intelligence alien lifeform within this century. He added that these beings will likely be peaceful, but he’s unable to say the same for robots.

Kaku says advanced alien society would view us puny humans as insignificant. Apparently, these creatures or beings would be more interested in gaining more knowledge, something humans are not capable of giving. These lifeforms would have thousands of years to resolve all their problems, therefore, war is no longer on the agenda.

Still, should humans get in the way of their thirst for knowledge, a peaceful encounter with extraterrestrials might turn deadly.

“They still might be dangerous if they simply don’t care about us and we get in the way. In War of the Worlds, the aliens did not hate us. We were simply in the way.”

“But for the most part, I think they will be peaceful, but view us like we view forest animals,” he concluded.