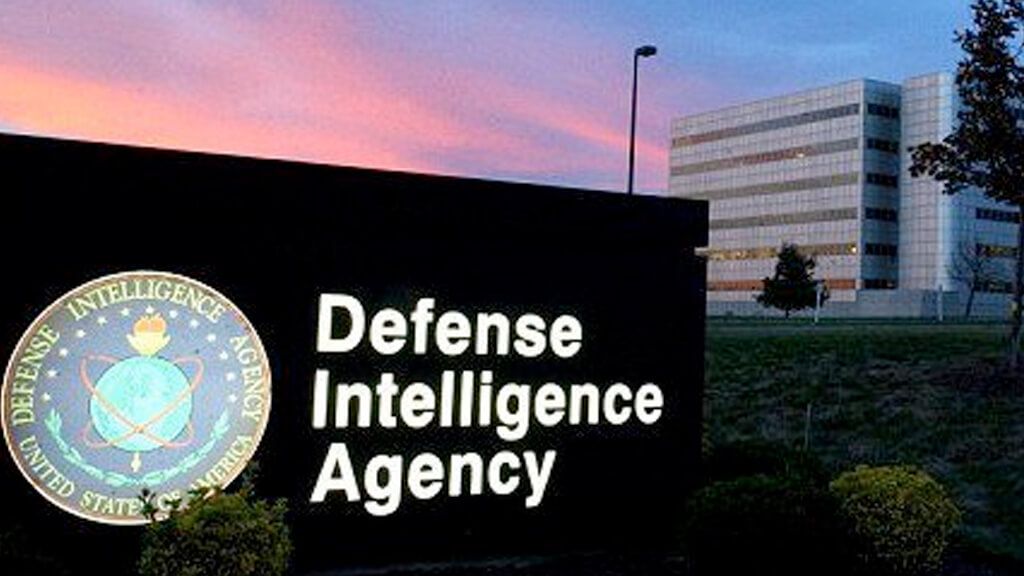 These Are Real Pentagon Reports On Warp Drive, Extra Dimensions, Anti-Gravity, And More

• A pair of official Defense Intelligence Agency (DIA) documents have come to light showing the military’s keen interest in subjects such as warp drive propulsion, extra-dimensional manipulation, dark energy, and other highly exotic forms of space travel. The documents were first posted by Corey Goode late in 2017, and are now again revealed by George Knapp’s I-Team, part of Las Vegas CBS affiliate Channel 8 News, which has been investigating the government’s supposed connection with ‘UFOs’ for decades.

• Knapp has been digging deeper into Las Vegas-based Bigelow Aerospace, founded by UFO enthusiast Robert Bigelow, which was awarded the contract for the Pentagon’s Advanced Aviation Threat Identification Program (AAITP), a $22 million classified program supporting a team of nearly 50 scientists, analysts, and investigators that investigated UFO sightings between 2008 and 2012.

• A March 29, 2010 study dealt with “advanced space propulsion” for faster-than-light travel, “space-time altered regions”, and “gravity/antigravity” forces. “This paper has considered the possibility—even likelihood—that future developments with regard to advanced aerospace technologies will trend in the direction of manipulating the underlying space-time structure of the vacuum of space itself by processes that can be called vacuum engineering or metric engineering.” This study was authored at the time by Austin-based EarthTech International, Inc. CEO Harold Puthoff, Ph.D for the Pentagon program.

• An April 2, 2010 study covered similar ground, but also included discussions about “dark energy” and “extra dimensions.” This document states, “The idea that a sufficiently advanced technology may interact with, and acquire direct control over, the higher dimensions is a tantalizing possibility, and one that is most certainly worthy of deeper investigation.” Eric Davis, Ph.D., working with a prior Bigelow company National Institute for Discovery Science, authored this study along with independent consultant Richard Obousy.

• “These studies are so loaded with information,” said Senator Reid who sponsored the Pentagon program. “One thing we learned is over the decades a lot of things happen there’s no explanation for. Well there are now.” However, neither report suggests that the technology they described was anywhere near practical or that any foreign government was close to achieving a relevant breakthrough.

• Harold Puthoff is now VP of Science and Technology at To The Stars Academy of Arts and Science, a non-profit organization in Encinitas, California that reportedly is, at least in part, continuing the AAITP’s work independently. Luis Elizondo, who was the head of the AAITP Pentagon program, is now the To The Stars Academy’s Director of Global Security and Special Programs.

• A pair of DoD military videos showing ‘tic-tac’ shaped UFOs recorded by Navy F/A-18 fighter jets had been floating around in in the Pentagon’s AAITP (previously known as Advanced Aerospace Weapon System Applications) and in defense circles for over a decade. To The Stars Academy was instrumental in publically releasing these UFO videos in December 2017. (See original NY Times article) Open disclosure about the origin of the video on an official level, as well as subsequent interviews with the pilot that took it, elevated it to mainstream news.

• Bigelow’s special unit’s investigation concludes that the Pentagon’s AAITProgram went far beyond documenting and evaluating reports of UFOs. It took a holistic approach, evaluating the impact on human biology in association with UFO sightings, and delved into other paranormal domains. It also claims to be storing mysterious material from downed UFOs. The depth of the government’s investigation of UFO technology leaves us wondering what hasn’t been revealed, whether out of fear of embarrassment or risk to national security.

The modern understanding of the Pentagon’s relationship with unexplained flying phenomena has become remarkably more pointed in the last six months since the Advanced Aviation Threat Identification Program was uncovered. Its disclosure came in between our own exclusive reporting on two very strange and well-documented encounters with strange aircraft operating in U.S. airspace. Now, new documents are coming to light that show the Department of Defense’s own spy agency was also interested in subjects that border on science fiction and the even the paranormal, including warp drive, extra-dimensional manipulation, dark energy, and other highly exotic forms of space travel.

The documents were first discovered by George Knapp’s I-Team, part of Las Vegas CBS affiliate Channel 8 News, which has been investigating the government’s supposed connection with ‘UFOs’ for decades.

Author’s note 5/14/18: It has come to our attention that the documents were in fact first posted by Corey Goode late last year shortly after the Advanced Aviation Threat Identification Program was first disclosed.

Recently Knapp has been digging deeper into Bigelow Aerospace—which is located in Las Vegas—and its starring role in the previously classified program. It is no secret that Robert Bigelow, a former real estate developer turned inflatable space station entrepreneur, has been highly interested in UFOs, but the depth of the company’s official relationship with the Defense Department regarding the topic was something entirely unheard of before the disclosure of the Defense Intelligence Agency’s (DIA) Advanced Aviation Threat Identification Program occurred in December 2017.

Abbreviated AATIP, that effort, and its funding, sprang from Nevada Senator Harry Reid’s interest in the topic, along with that of a Defense Intelligence Agency official. The program, which eventually cost $22 million and ran roughly between 2008 and 2012, began after Bigelow won the contract, apparently to investigate UFO sightings, along with pretty much everything else that goes along with the topic for better or worse, on behalf of the military.

A team of nearly 50 scientists, analysts, and investigators were assembled to work on the program, which was originally and very cryptically dubbed the Advanced Aerospace Weapon System Applications (AAWSA) Program before gaining its more recent moniker. The contract between the DIA and Bigelow made sure not to spell out its focus, instead referring to exotic technologies without mentioning UFOs.

The I-Team writes:  “The agreement with DIA did not mention UFOs at all. It used more generic terms such as future threats and breakthrough technologies, and specified 12 focal points including, lift, propulsion, materials, versions of stealth as well as human interface and human effects.”

It was under the AAWSA name that the organization funded at least two studies into advanced propulsion and space technology research that border on the fantastical. The first of these studies, dated March 29, 2010, deals with “advanced space propulsion” for faster-than-light travel, discussing theoretical physical constructs such as “spacetime-altered regions” and “gravity/antigravity” forces. The second study, which the AAWSA program published on April 2, 2010, covers similar ground, but also includes discussions about “dark energy” and “extra dimensions.”

The AAWSA experts did this work under the auspices of DIA’s Defense Warning Office, which makes good sense, at least conceptually. This organization first came into being in 2002 and is “charged with identifying sources of increasing threats to U.S. interests in critical regions,” according to an official briefing.

“This office will also identify opportunities to affect adversary behavior prior to and in the early stages of a crisis.” that presentation notes. In 2003, these tasks expanded to also include work “to provide the earliest possible warning of technological developments that could undermine U.S. military preeminence.”

UFO sightings are often indications of advanced and secret military aircraft research and development projects. Having a team of experts try and determine if any of the reports translated to real programs, especially those that potential opponents such as Russia or China might have been working on, would be well with DIA’s mandate for the office.

That AAWSA team would have delved into known developments in associated fields would also make sense in this context. If America’s adversaries were rapidly advancing toward practical warp drives and other advanced propulsion and space research, DIA would definitely want to know in order to help inform U.S. policy responses.

“These studies are so loaded with information,” Senator Reid reportedly said at one point, according to Las Vegas’ Channel 8. “One thing we learned is over the decades a lot of things happen there’s no explanation for. Well there are now.”

Here is a 2:15-minute video clip from a May 28, 2017 60 Minutes segment with
Robert Bigelow that was filmed before revelations of his involvement
with the Pentagon’s Aviation Threat Identification program