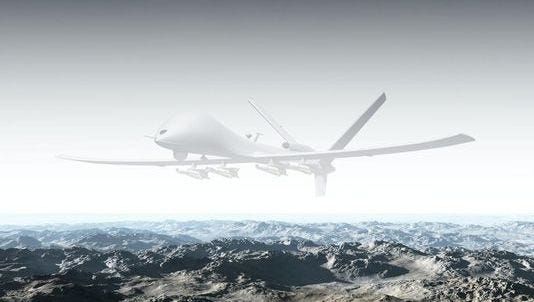 • Mike Turber, a US Air Force ‘insider’ and former USAF intelligence expert who had previously claimed that the Nimitz ‘tic tac’ UFO spotted in 2004 actually belongs to the US Air Force (see Exoarticle here) and that Donald Trump has already deployed it (to assist in his negotiations in North Korea – see Exoarticle here), now tells the Daily Star that the Air Force has developed cloaking technology to make their aircraft invisible.

• Turber told Jim Breslo on the Hidden Truth Show that the ‘tic tac’ UFO wasn’t cloaked in 2004 because the US military didn’t have cloaking technology then as they do now. Turber calls the cloaking “active camouflage”. “Active camouflage will put an image on the surface of the craft” created by screens attached to the craft, displaying the images behind it so that it will blend in, making it seem like there is nothing there. “If you look at it directly it would look like a scene from the Predator,” Turber said. “[T]hat (cloaking) technology’s been out of for a little bit,” Turber continued. “That’s the technology that is on the Nimitz UFO now and that came into fruition in 2008-2010.”

• Turber then claimed that there is another type of cloaking technology. Given that the tic-tac craft spotted in 2004 was described as going at 20,000mph, it may have the ability to control gravity, which could in fact lead to invisibility. If the object is using anti-gravity and has the ability to control gravity, requiring an incredible amount of energy, then it could possibly bend light around the craft. “[I]t would create an invisibility effect.”

A United States Air Force insider has sensationally claimed the military branch has developed cloaking technology to make one of their most secretive aircraft invisible.

Mike Turber claims to have worked as an intelligence expert in the USAF and believes he knows what one of the most infamous UFOs of all time is.

He previously told this site that the Nimitz UFO spotted in 2004 actually belongs to the USAF and that Donald Trump has already deployed it.

In a bombshell new interview, Mike has said the same aircraft has now been adapted to include cloaking technology.

“Back in 2004, apparently the technology wasn’t there for the craft to use it, it is called active camouflage,” he said, having first hit headlines for his appearance on The Hidden Truth Show with Jim Breslo.

“Active camouflage will put an image on the surface of the craft – that technology’s been out of for a little bit.”

Such technology, Mike said, is created by screens attached to the craft displaying images behind it – making it seem like there is nothing there.