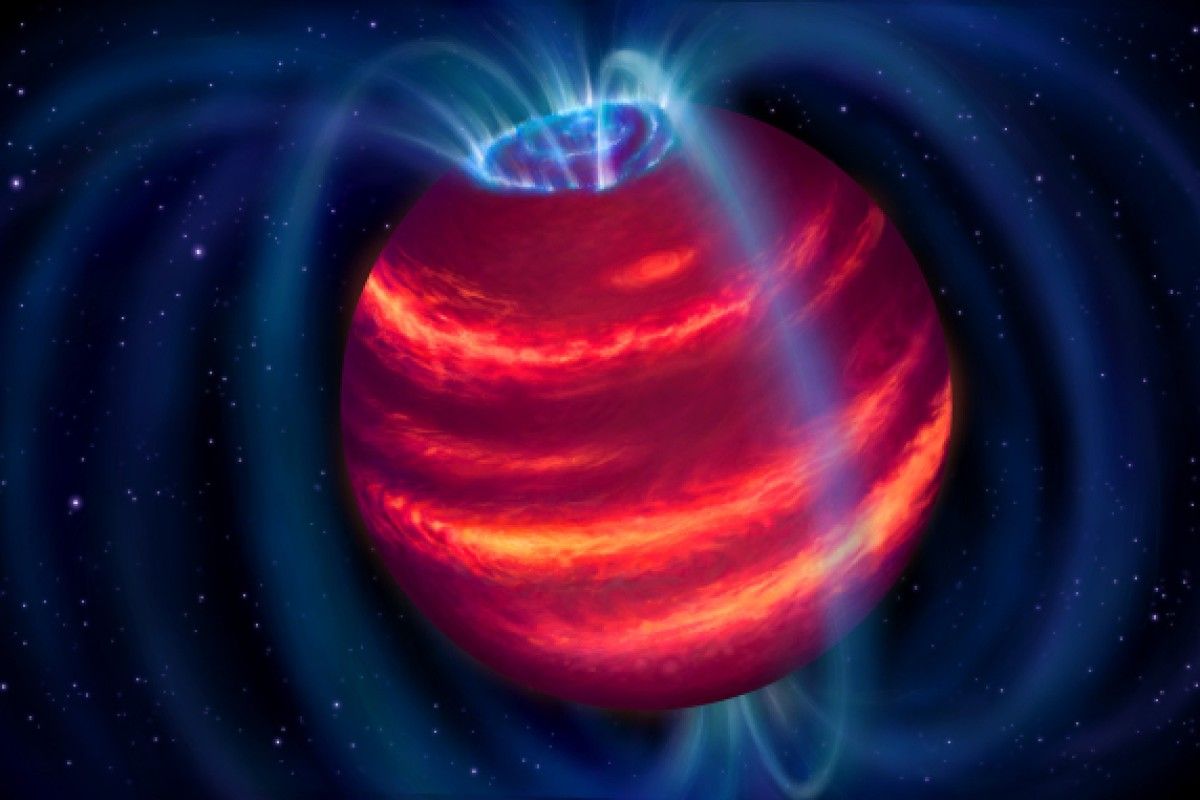 • By utilizing ‘spectroscopy’, astronomers can measure elements and chemical interactions in distant exoplanets. One of the things astronomers look for is the presence of thorium and uranium, which indicates “radiogenic heating” of the exoplanet to create a magnetic field around a rocky ‘Earth-like’ planet.

• “Thorium and uranium are radioactive and decay to other elements,” notes scientist Francis Nimmo. “As they do so, they give off heat, and that is what keeps the Earth warm.” This heat, or ‘geodynamo’, causes liquefied iron to internally push plate tectonics to create a ‘convection’ in the Earth’s outer core, which sparks an electric current to create not one but two magnetic fields. This dual magnetic field sustains an atmosphere that shields the Earth from harsh stellar winds and cosmic radiation, thereby allowing life to exist.

• But thorium and uranium are difficult to detect, as they tend to be in the crust or interior of a planet with only ‘hints’ of it in the atmosphere from volcanic activity. These heavy elements are originally formed during rare collisions of neutron stars. Neutron stars themselves are formed from the collapsed core of stars that went supernova. These cores are so dense that they can be up to twice the mass of our Sun. The amounts of thorium and uranium in a planet depend on how close it was formed to a neutron star merger.

• The element ‘europium’ is also produced during neutron star mergers. As europium is much easier to detect through spectroscopy, astronomers look for europium to discover traces of thorium and uranium in a star and an exoplanet. The greater amount of thorium and uranium in an exoplanet, the greater the likelihood that the planet is heated and producing an electromagnetic field, which is believed to be necessary for sustained alien life. Too little of these radioactive elements could indicate a weak or nonexistent magnetic field. Too much could mean intense plate tectonics that fuel too much volcanic activity for any life-forms to survive.

• The presence of an atmosphere without an active magnetic field is how mainstream science explains what happened to Mars.

Radioactive sludge is probably the last place you would expect to find life (except maybe the Toxic Avenger), but if you’re looking for signs of extraterrestrial life, seek out planets with radioactive elements beneath the surface.

Radioactive anything sounds like the opposite of life-giving. Most life as we know it isn’t going to survive

on a planet that could pass for another Chernobyl, though there are exceptions. Disaster zones aside, the amount of long-lived radioactive elements that went into the formation of a rocky planet may determine how habitable it is. Radiogenic heating from thorium and uranium in our planet — and rocky exoplanets like it — internally pushes plate tectonics and acts as one of the forces that power a magnetic field, which helps maintain an atmosphere.

Planets are protected from harsh stellar winds and cosmic radiation by their atmospheres. Mars once had an atmosphere but no magnetic field. What happened there is obvious.

“Thorium and uranium are radioactive and decay to other elements,” scientist Francis Nimmo, who recently led a study published in Astrophysical Journal Letters, told SYFY WIRE. “As they do so, they give off heat, and that is what keeps the Earth warm.”

Heavy elements that heat a planet as they degrade are formed during rare mergers of neutron stars, which are the exposed, super-dense collapsed cores of stars that go supernova. These cores are so dense that they can be up to twice the mass of our Sun. The amounts of thorium and uranium in a planet depend on how close it formed to a neturon star merger.