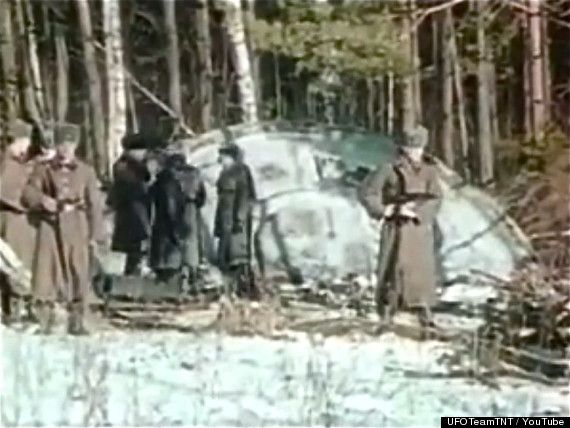 In a Press Conference televised today, Russian President Vladimir Putin declared that it was unlikely that Russia would take over Ukraine’s Crimean Peninsula. He declared: “We have reinforced protection of our military facilities, because we were receiving threats and saw that gunmen from terrorist organizations were coming,”   Russia’s military actions in the Crimea has sparked international condemnation with Western leaders calling for a coordinated response, and taking symbolic diplomatic actions to punish Russia. In contrast, President Putin declared in his Press Conference that the recent events in Ukraine was an “illegitimate state coup” orchestrated by the intelligence communities of the U.S. and Europe that arranged for the overthrow of Ukrainian President Viktor Yanukovych.  According to Putin, Russia’s military intervention was merely a proactive measure to defend Russian nationals in a territory that has been historically part of the Russia. U.S. Secretary of State, John Kerry attacked Russia for brazenly violating the sovereignty of a U.N. member state on trumped up charges. Kerry today stated, “not a single piece of credible evidence” supported Russia’s intervention, ironically forgetting that the same could be said for the U.S. led invasion of Iraq based on non-existent weapons of mass destruction.

Ukraine is but the latest in a series of former territories of the Soviet Union that have been courted with membership offers to the European Union (EU) and promised eventual membership of NATO. As former Soviet era territories continue to join the EU and eventually NATO, the effect is to gradually squeeze the Russian sphere of influence, and make Russia subservient to the agenda of the Western power elite.  In the chess board of international politics, Ukraine is but a pawn in a grand strategy to checkmate Russia. Why? What makes Russia so politically dangerous to the Western power elite? Is it Russia’s nuclear arsenal? Is it Russia’s political tradition of standing up to forces of international banking and the Western power elite? Or is it another deeper form of international politics being played out with Russia – exopolitics? Is Russia’s main threat to the Western power elite a carefully orchestrated policy of slowly leaking information concerning UFOs and extraterrestrial life to its citizenry and the world?

To find the truth of whether Putin’s Russia is quietly pursuing an “exopolitics” agenda by leaking information extraterrestrial life, we need to begin with events in the early 1990’s. As the Soviet Union collapsed in December 1991, and 15 independent states emerged, the Soviet KGB dissolved and in the process lost control over a vast collection of files. Many of these leaked KGB files concerned the formerly Soviet era taboo subjects of UFOs and extraterrestrial life. The motivation for many KGB officers in leaking these files was largely monetary. A number of western media outlets were willing to pay large sums for information from Soviet era archives concerning UFOs and extraterrestrial life. Several thousand dollars for leaked documents, photos or videos would mean former KGB agents could feed themselves and their families for a few months in the uncertain times ahead as the Russian Federation found its footing in a capitalist international system. Roger Moore, the former James Bond star, took a film crew to Russia, then led by Boris Yeltsin, and found some of these files.

Moore’s documentary, The Secret KGB UFO Files, was released in 1998 and revealed some of the best UFO footage ever captured on film. It showed a crashed UFO in a remote rural location being filmed and retrieved by Soviet army units led by KGB officers. One also saw video of an autopsy being conducted of a dead alien, and other evidence of Soviet knowledge about UFOs and extraterrestrial life.

Later documentaries would reveal even more formerly classified KGB information such as the US Navy battling UFOs in Antarctica during the Operation Highjump expedition in 1946/47, and even secret meetings between U.S. government authorities and extraterrestrial ambassadors.

In 1997, the famous Italian stigmatist and self-declared “contactee,” Giorgio Bongiovanni was given permission to interview high ranking military officials and former KGB agents about extraterrestrial life. He met with Russian officials at the Anti-Aircraft Academy of Defense in Tver, Russia and discussed evidence of UFOs and extraterrestrial life possessed by the Russian government. Photos and videos of alien life were shown to him revealing that both the Soviet Union and USA were aware of and covering up evidence of alien life. Permission was also given to film the interview and it was released with the title: “UFO Disclosure in Russia.”

Under President Boris Yeltsin, whether by historical accident or deliberate state policy, an exopolitics agenda was being quietly implemented. With permission by Russian authorities, Soviet era UFO files were being leaked to independent researchers and film crews revealing the truth about alien life visiting our world.

A little known KGB Colonel, Vladimir Putin, rose quickly in the Yeltsin administration. His first major appointment was on 26 March 1997 when he was appointed Deputy Chief of the Presidential Staff. Putin continued to be rapidly promoted and on 25 July, 1998 was appointed head of the FSB, one of the successor agencies to the KGB. He became Prime Minister on 9 August 1999 and Yeltsin announced his desire that Putin would succeed him. After Yeltsin’s abrupt resignation in December 1999, Putin became acting President, and was elected President on 26 March 2000.

Putin appears to have quietly continued Yeltsin’s exopolitics agenda of allowing alien related information to be leaked to the public. Senior officials in the Russian Federation have been allowed to come forward on national TV to offer their frank assessment on the subject of extraterrestrial life visiting Earth. One of these officials was Kirsan Ilyumzhinov, the sitting Governor of the Russian Republic of Kalmykia, the only Buddhist region in Europe.

In an extraordinary television interview conducted in May 2010, Ilyumzhinov claimed that in 1997 he was taken from his penthouse apartment on board an extraterrestrial vehicle. Ilyumzhinov claims that the extraterrestrials he met were humanoid and gave him a tour of their ship, and even took him to another world. According to Ilyumzhinov, his experience is backed by three witnesses who searched for him at his home after he had boarded the alien spaceship. Most revealing is that Ilyumzhinov appeared on Russia’s no.1 rated television station, Channel One, which is 51% controlled by the Russian government. The interviewer, Vladimir Pozner, began the segment with questions about Ilyumzhinov’s experience. This reveals that the host and producers knew in advance of what had happened, and wished to discuss it on air. Significantly, there was no censorship of Ilyumzhinov’s experience which was immediately made available on the Channel One website. At the very least, this signifies that the Russian government was open to public debate on extraterrestrial life sparked by its most prominent television station. More importantly, the airing of Ilyumzhinov’s experience signaled that Putin, who was Prime Minister at the time, and his successor President Dmitry Medvedev, were pursuing an exopolitics agenda to prepare Russian citizens for eventual public disclosure of extraterrestrial life.

In 2012, after Putin had been re-elected as President of the Russia Federation, his predecessor and now serving Prime Minister, Medvedev, startled a television hostess with his frank comments about UFOs and extraterrestrial life. After completing an on-air interview with five television reporters on December 7, 2012, Medvedev continued to respond to reporters and made some off-air comments without appearing to realize that the microphone was still on. He was then asked by one reporter if “the president is handed secret files on aliens when he receives the briefcase needed to activate Russia’s nuclear arsenal,” Medvedev responded:

Along with the briefcase with nuclear codes, the president of the country is given a special ‘top secret’ folder. This folder in its entirety contains information about aliens who visited our planet… Along with this, you are given a report of the absolutely secret special service that exercises control over aliens on the territory of our country… I will not tell you how many of them are among us because it may cause panic.

Just over a month after his startling on-camera admission, Medvedev opened the 2013 World Economic Forum held in Davos Switzerland, January 23-27. An 80-page analysis of 50 risks for the next 10 years had been distributed to attendees. The Global Risks 2013 report is lengthy list of prognostications of what world leaders need to plan for to avoid “systemic shocks and catastrophic events”. Among the list are five X factors that according to the report, “no country alone can prevent.” One of the X factors was the discovery of extraterrestrial life.

In understanding why the US and its Western allies are trying to encircle, pressure and intimidate the Russian Federation, we need to appreciate that this is the means by which Putin’s exopolitics agenda can be stopped. If Russia continues to allow senior officials to reveal the truth about extraterrestrial life and to leak Soviet era UFO files, this threatens a carefully developed and enforced policy of over seven decades of international secrecy.

While the international media depicts Western democracies led by the US as free and open societies, the reality is that when it comes to the issue of extraterrestrial life, the West is anything but free and open. In contrast, the Russian Federation is far more forthcoming when it comes to the issue of alien visitation to our planet. Unfortunately, the Ukraine is being used a pawn in an internationally orchestrated effort to weaken and intimidate the Russian Federation so it can be easily pressured to fall in line with the dictates of the international power elite on issues such as extraterrestrial secrecy. Putin understands this and that is why he proactively intervened in the Ukraine to defend Russian interests in this strategically vital nation. In allowing an exopolitics agenda implemented by his predecessor, Boris Yeltsin, to continue, President Vladimir Putin, and his chief ally Prime Minister Dmitry Medvedev, are doing humanity a great service.