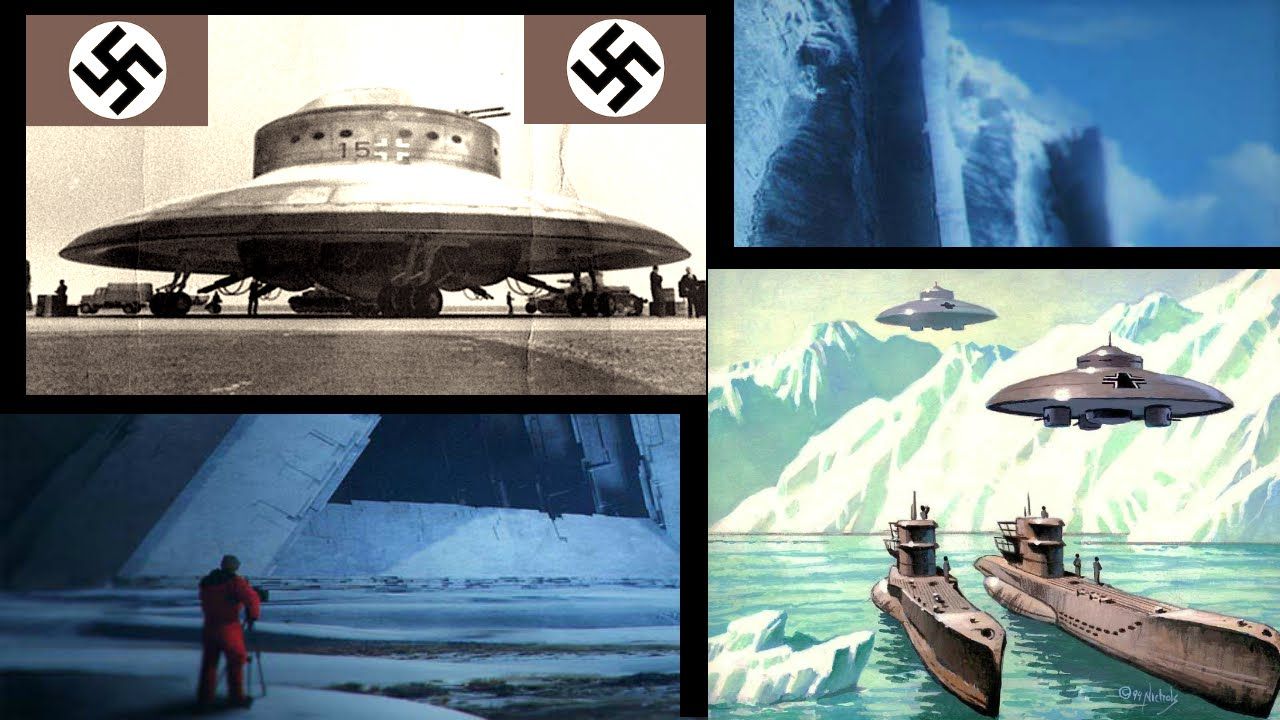 • In the 1930’s Hitler sent expeditions to Antarctica ostensibly to establish a suitable whaling station for the production of whale oil for margarine and soap. But the British Royal Navy discovered “secret Nazi hideouts” left behind from the mission, according to newspaper reports at the time.

• But the Third Reich may have been up to more than just searching for whale oil. The 2017 YouTube documentary “The Real Secrets Hidden in Antarctica” reveals that the British captured a secret Nazi Navy Base, proving that “valuable naval bases can be built in icefields”. (see 44:33 minute video below)

• “’True, [the base] was only of small dimension, yet it was sufficient enough equipped to have repaired even the Graf Spee”, a Nazi heavy cruiser battleship that was attacking British commerce ships [at the time].”

• In 1991, previously classified documents emerged that shed light on the infamous 1947 Operation Highjump that showed the US Navy also went on countless missions to Antarctica. Organized by Admiral Richard E. Byrd, the operation used more than 4,000 men, 13 ships and 33 aircraft. The public reason was to carry out scientific experiments and established air bases there. But conspiracy theorists have long claimed that Byrd was searching for more Nazi bases.

• In February 2018, a heat map published by GPS tracking company Strava sparked a frenzy among conspiracists over what appeared to be a number of buildings hidden below the snow.

Hitler sent expeditions to the icy continent in a bid to carry out scientific studies to allow Germany to become a self-supporting country. In 1938, under the third German Antarctic Expedition, a group of Nazi soldiers led by Alfred Ritscher were tasked with exploring Antarctica to find a suitable whaling station in a bid to increase Germany’s production of fat. Whale oil at the time was one of the most important raw material for the production of margarine and soap.

However, a year later, the British Royal Navy discovered “secret Nazi hideouts” left behind from the mission, according to newspaper reports at the time.

YouTube series “The Real Secrets Hidden in Antarctica”, revealed the Third Reich may have been up to more than just searching for whale oil.

The 2017 documentary revealed: “This news report from the time reveals ‘the capture of a secret Nazi hideout proves valuable naval bases can be built in icefields’.